The Arizona Department of Health Services says the new round of postponements are in Pima County. 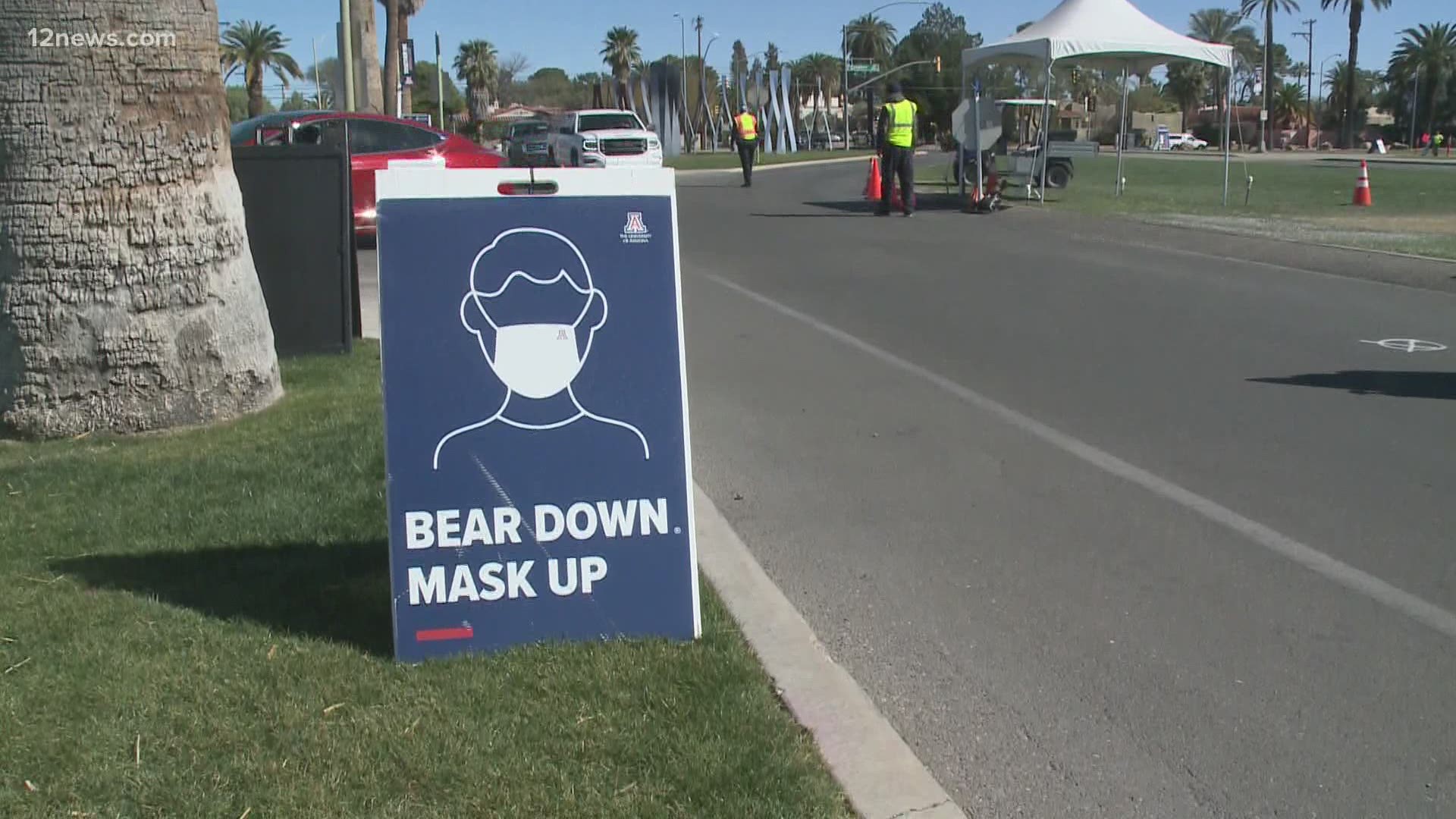 TUCSON, Ariz. — As a winter storm continues to pound large swaths of the U.S., continued delays to vaccine shipments in Arizona have forced more appointments to be postponed, officials said Thursday.

The Arizona Department of Health Services says the new round of delays are in Pima County and affect people scheduled at:

The department didn’t say when people can expect to be rescheduled for their appointment, but Pima County officials say people waiting for their second dose will be given priority.

The winter storm is hampering vaccination efforts across the nation as roads remain buried by snow in many states. The extreme weather knocked out power for millions and left several people dead.

RELATED: Millions still without power with more snow and ice set to strike

ADHS Director Dr. Cara Christ said an expected shipment of Moderna doses was delayed until next week and future shipments of both vaccines remain unpredictable.

The state’s third mass vaccination center opened on UArizona's campus last week, but plans to ramp up inoculation efforts are faced with a major setback.

“As we deal with the challenge of this delayed shipment, we are also thinking about how to best use the limited supply we will get next week as well,” said Dr. Theresa Cullen, director of the Health Department.

Officials in Coconino County had to cancel 1,800 appointments earlier this week.

“Due to the prolonged delay and limited vaccine supply, Coconino County and some of our partner vaccination sites must cancel and reschedule first dose appointments that have been scheduled for Thursday and Friday,” said the Director of Health and Human Services Coconino County Kim Musselman.

Mohave County officials also said it "remains unclear when providers will receive their allocation for this week" due to the severe weather.

ADHS says the department is in close contact with the federal government to find a solution as many Arizonans desperately wait for more much-needed vaccine appointments.