'I'm not trying to control you': Some Phoenix bars & businesses are now requiring proof of vaccination

MercBar, located in the Esplanade near 24th Street and Camelback Road, is implementing this rule starting August 24. 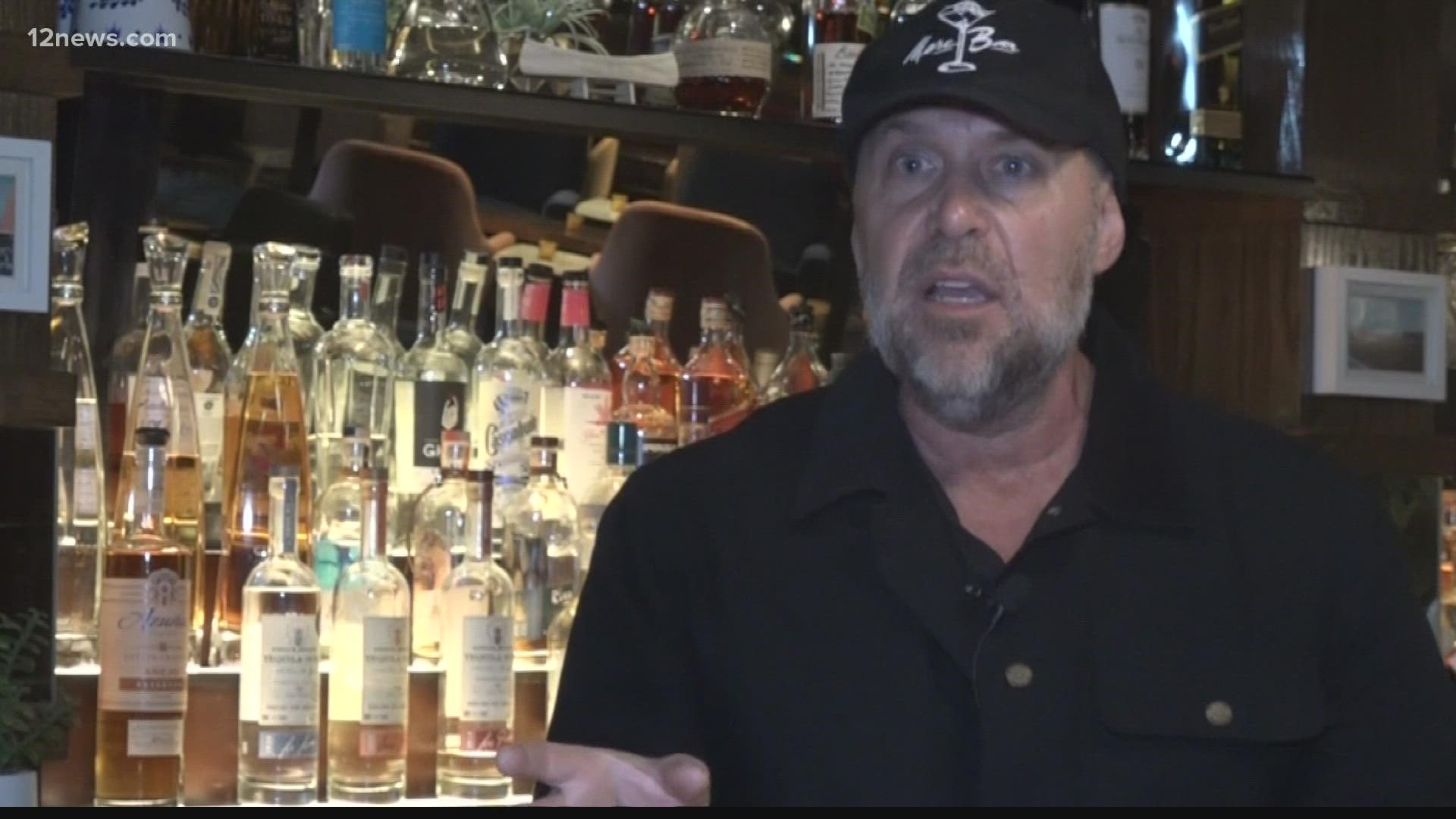 PHOENIX — We’ve seen the trend nationally, and right here in the Valley. Some bars and restaurants are now requiring proof of vaccination in order to enter.

MercBar, located in the Esplanade near 24th Street and Camelback Road in Phoenix, is implementing this rule starting August 24.

The bar's owner Rick Phillips posted the information on social media to give customers advance notice.

The reactions have been mixed.

RELATED: No, the CDC’s third dose recommendation does not include the Johnson & Johnson vaccine

But he said the majority of his customers have been supportive.

"On social, I would say it’s like a 6-to-1 ratio of people applauding us versus the haters."

As the Delta variant persists, he recently decided to require proof of vaccination to get in. Phillips said you can physically show your card or pull up a picture on your phone.

Phillips said he’s not forcing anyone to get it, he's just setting guidelines for his own business.

"You don’t believe in it, you’re scared the science hasn’t sorted it out yet, I’m fine with that don’t get it. But here, you need it."

"Now the 7-day positivity rate is up at like 9%, triple what the state-mandated we had to be closed for just a few months ago."

Phillips said he hopes those who aren’t vaccinated will return when some normalcy returns.

"I’m not trying to control you, you can come back later like I’m not banning you."

He said he's all about peace, not politics.

"If people said 'we can't patronize the bar for the moment,' [because of the vaccination rule] that would be a great response. But we don't get that, we have such a polarized country."

Phillips said a negative COVID-19 test within 72 hours of bar entry is also acceptable if you don't have a vaccination card.