Gov. Doug Ducey was asked about the state's low ranking for per-person vaccinations during a CNN interview, but he dodged the question. 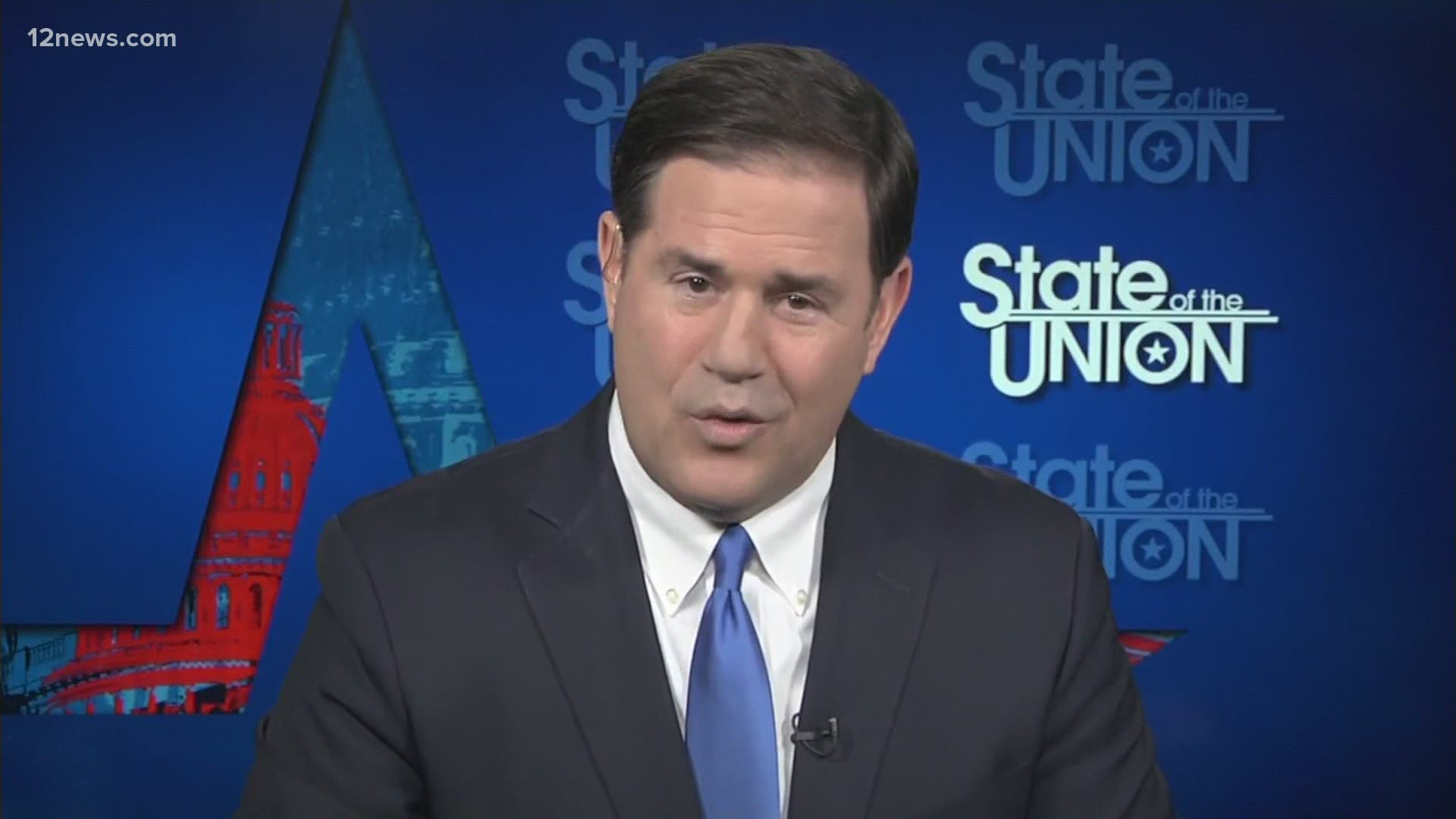 The governor touted some numbers suggesting that Arizona is doing better than most states.

But the data show the opposite: Most states are doing better than Arizona at protecting more of their residents in the same amount of time.

The unprecedented task of vaccinating the nation is barely over a month old. It has been complicated, expensive and prone to delays.

Here in Arizona, an estimated 8 to 10 million doses of the vaccine - two shots per person - might be needed to achieve herd immunity, public health experts say. New vaccines on the market could cut the number.

In their interview Sunday, CNN anchor Dana Bash asked Ducey about the scope of Arizona’s rollout.

“The CDC ranks your state, Arizona, 41st among all of the states in terms of vaccines administered per capita. Why do you think that is?” Bash asked.

12 News verified Bash’s question: Arizona does rank near the bottom, according to the COVID Data Tracker, managed by the Centers for Disease Control and Prevention.

Arizona is 41st in the country for coronavirus vaccinations per person, with 8,500 vaccinations having been administered for every 100,000 residents.

Neighboring New Mexico ranks third in the country; more than 13,000 people per every 100,000 have received their shots.

Smaller states have been able to mobilize much faster to cover their residents. Just three states that, like Arizona, have received more than a million doses of the vaccine are in the top 20 for getting shots to the largest proportion of people.

Bash asked Ducey to explain Arizona’s low ranking, but he never did.

He responded by checking off higher rankings, without saying what was being measured.

“The latest rankings have us 13th by one measure, 15th by the other,” the governor said.

12 News followed up with the governor’s office Monday to find out what was being ranked.

The response: Vaccinations per day, based on Bloomberg’s Covid Vaccine Tracker. Arizona was 14th on Monday. And the state is 16th for total vaccinations to date, according to the CDC.

So the governor was off by just one place on each.

But those raw numbers don’t measure what the governor would agree is the widely held goal: More shots into more arms.

Ducey moved on to a recurring theme of his public health team in recent days: There aren’t enough vaccines to go around.

“What we need right now … are more vaccines,” Ducey said on CNN. “We’re in danger of running out.”

States all over the country are in the same predicament as Arizona. Twenty-nine other states are closer than Arizona to using up their vaccine supply, according to Bloomberg data.

Shots at Phoenix Municipal Stadium will be limited to 500 a day versus the projected capacity of 12,000 “because of a lack of inventory,” Ducey said.

“We need more and we’re asking everyone to hustle it up because we want to get that vaccine in more arms.”