How do I get my second COVID-19 vaccine shot? Arizona DHS responds to your coronavirus vaccination questions 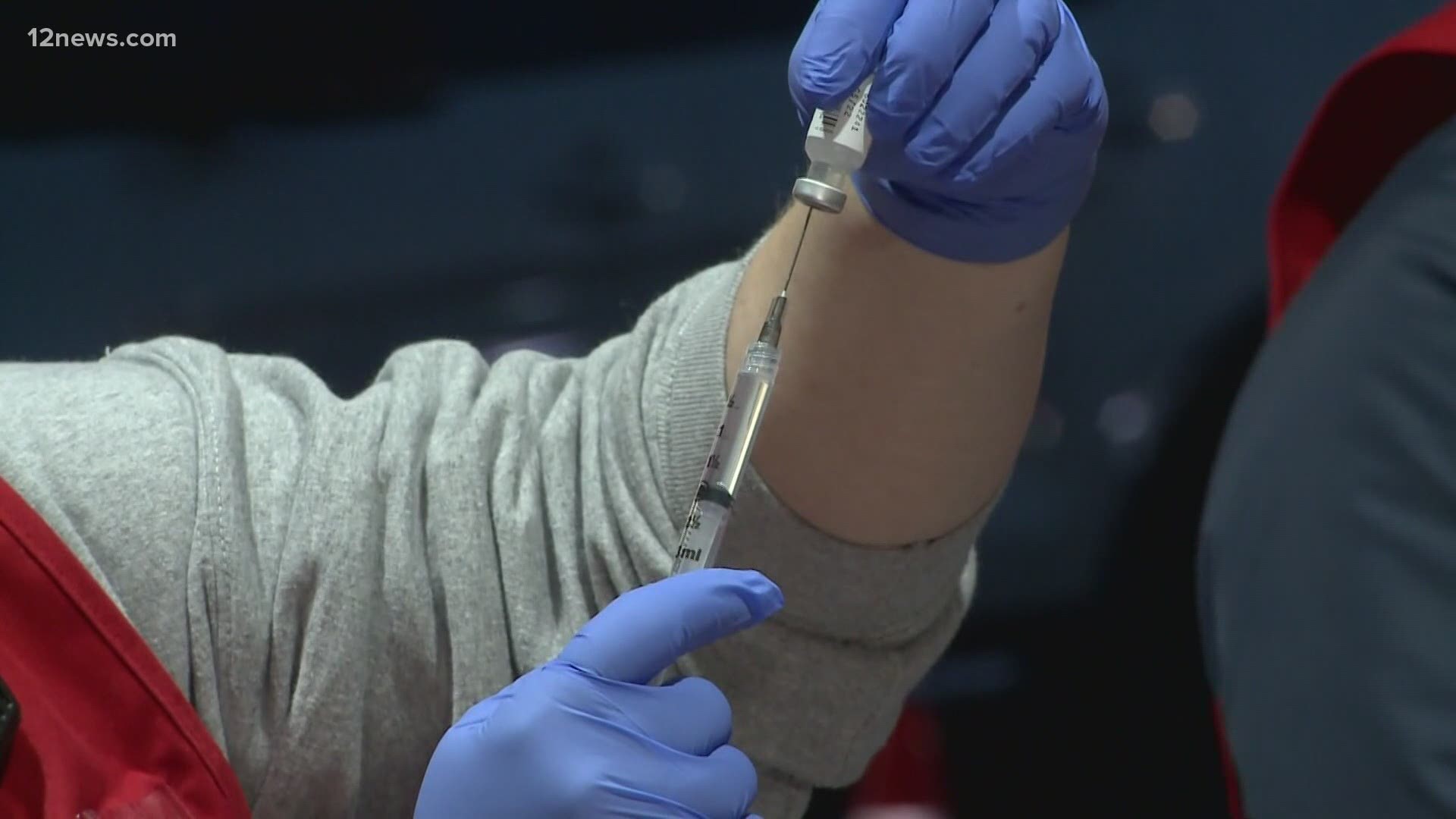 We sent those questions on to a spokesperson for the Arizona Department of Health Services, and here is how ADHS responded.

RELATED: How to sign up for COVID-19 vaccine as Arizona opens up appointments at state-run sites for 65 and older

If you need help registering, ADHS asks you to call 1-844-542-8201 so someone can help you get your appointment. You can also go to the state health department website here: https://podvaccine.azdhs.gov/

Q: What do I do if I received the first dose of the vaccine but never received an email to set up an appointment for the second dose?

A: An ADHS spokesman told 12 News that anyone who received a vaccination at State Farm Stadium will receive an email setting up an appointment for a second dose.

When we followed up to say that some people had not received such an email despite having received their first dose as much as a week ago, the spokesman said DHS is working through the list day by day and that anyone who got a vaccine will get an email to set up the second appointment.

The spokesman added that “in the coming days” staffers at State Farm Stadium will set up appointments for the second dose in person at the time of the first dose, eliminating the need to go online and set up a second appointment.

Q: Do I need to make an appointment myself if I haven’t received an email?

A: Again, ADHS says an email is coming, so there is no need to go to the state’s website to make an appointment.

Q: What about if I got my first vaccine thorough Maricopa County and not Arizona Department of Health Services?

If you received your first dose at either the Abrazo West location in Goodyear or the Dignity location in Chandler, the second dose events are still being finalized, according to Maricopa County Public Health officials.

If you were vaccinated as part of Phase 1A or 1B at a Maricopa County regional POD and need to schedule your second dose but have not yet been contacted, you are asked to fill out this form.

Q: According to AZDHS.gov, appointment times for State Farm Stadium and Phoenix Municipal Stadium are fully booked for January and February, will I still be able to get an appointment for a second dose of the vaccine?

A: According to ADHS, appointment times have been set aside for those who have already received their first vaccine dose.

A spokesman told 12 News that anyone who has received the first dose will have an appointment for a second dose.

A: This is true, according to a DHS spokesman. Example: if the adult child of a person over 75 takes a parent to get vaccinated, the adult child may not be eligible to be vaccinated but may still receive a vaccine in order to prevent wasting.

According to the spokesman: “On occasion, the registration lead for the site will make the clinical decision to offer a vaccine to a person in a vehicle in addition to the patient with an appointment.”

The spokesman went on to explain that the vaccine needs to be used quickly so that it doesn’t reach a temperature at which it is no longer useful and that some people with appointments do not show up for them, so in order to prevent wasting any doses of the vaccine, those in charge of each site may decide to give the vaccine to someone who may not yet be eligible in order to not waste any of the vaccines.