Most enlistment stations across the country are closed and recruiters working from home are looking for new prospects almost exclusively on social media. 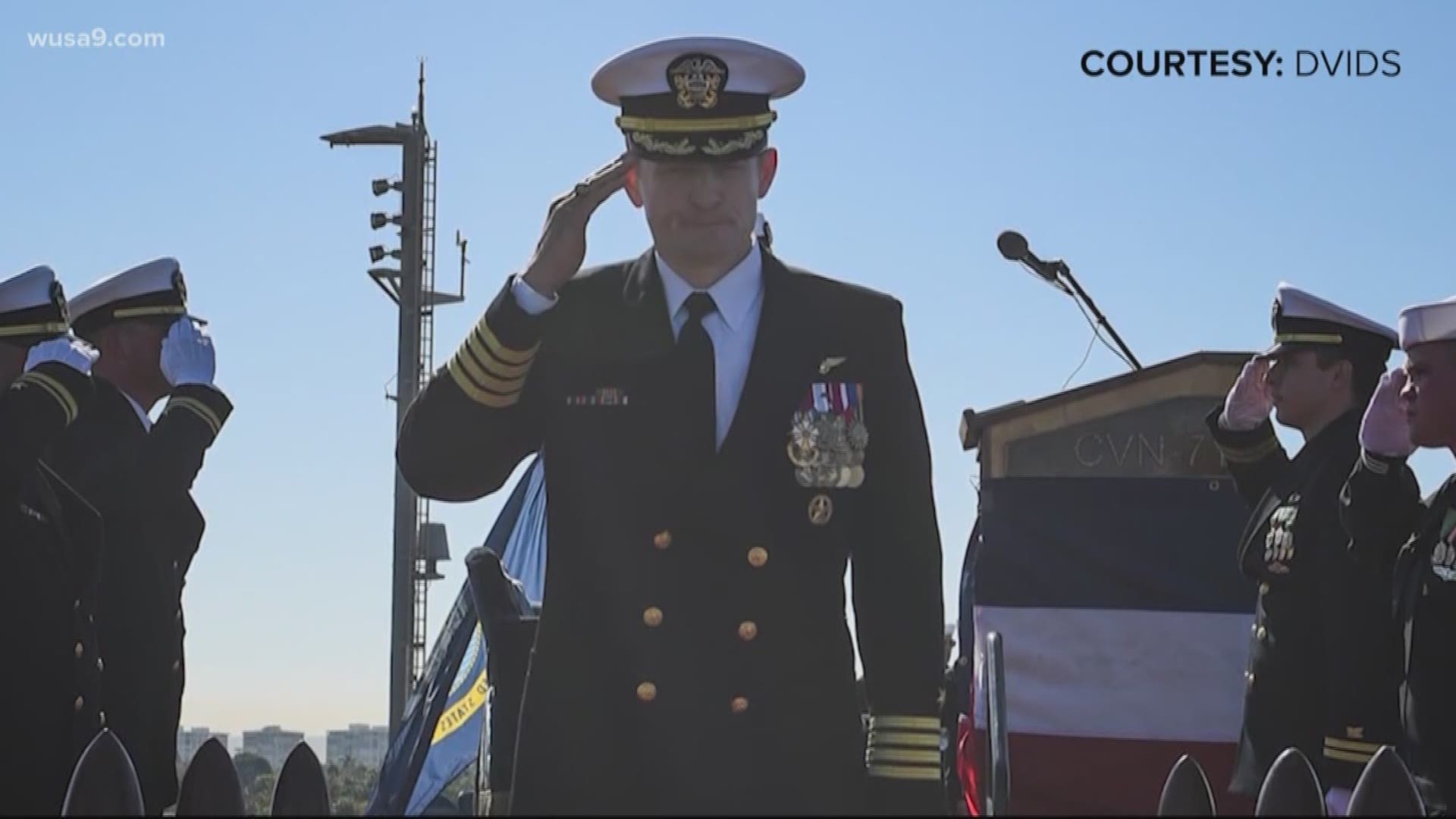 WASHINGTON — Marine Gunnery Sgt. Kevin Meyer does his best-recruiting face-to-face. He can look people in the eye, read their body language and get insight into whether they would make a good Marine.

But coronavirus quarantines have shut down most recruiting stations. So Meyer and other recruiters have turned increasingly to social media. And that has its drawbacks.

“They usually won’t run away if you’re talking to them in person,” said Meyer, noting that if they are online or on the phone, they can just hang up. “They just stop responding, and the conversation just ends without a conclusion.”

As the coronavirus pandemic worsens and the country turns increasingly to the military for help, America’s armed services are struggling to get recruits as families and communities hunker down. Recruiters scrounging for recruits online are often finding people too consumed with their own financial and health care worries to consider a military commitment right now.

The services, as a result, could fall thousands short of their enlistment goals if the widespread lockdowns drag on, forcing them to pressure current troops to stay on to maintain military readiness.

RELATED: Coronavirus affects servicemen and women's ability to move for their job

“This is going to have somewhat of a corrosive effect on our ability to have the numbers of people that we really need,” said Maj. Gen. Lenny Richoux, director for personnel for the Joint Chiefs of Staff. “The concern, it is growing.”

He said the military is watching this day-to-day and knows that it could take “a very long time” to rebuild the force.

To entice prospects, recruiters are shifting to a softer sell, talking more broadly about service to the nation in difficult times. And they’re hoping to get a recruiting surge during the peak summer months.

They may also benefit from the exposure the military has gotten as Navy hospital ships, Army field hospitals and National Guard troops roll into communities to provide aid and health care during the crisis. And the military could be a popular option for those facing lingering unemployment because of the pandemic.

Credit: AP
In this image provided by the U.S. Army, recent Army basic combat training graduates have their temperatures taken as they arrive at Fort Lee, Va, on March 31, 2020, after being transported using sterilized buses from Fort Jackson, S.C. (U.S. Army via AP)

But shutting recruiting stations is a problem. And the lack of in-person contact with recruits hits the Marine Corps particularly hard. The Corps has long excelled in what it calls the kneecap-to-kneecap sales pitch that keeps new Marines linked with their recruiters as they head to boot camp.

“The heart of our recruiting effort is sending handpicked Marine sergeants and staff sergeants out there to go recruit their own image,” said Maj. Gen. James Bierman, commander of Marine Corps Recruiting Command. “And we’re never more comfortable than we are when we’re sitting down face-to-face with a young man or woman.”

Bierman said he’s reached about 40% of his roughly 37,000-recruit goal this year.

The key problem is that the 4,000 Marine recruiters now can’t get into high schools to meet students and woo recruits, said Meyer, who’s in charge of recruiting at a Seattle substation.

Army leaders who struggled in recent years to get recruits had already moved to social media, e-sports tournaments and other online recruiting over the past year. So they had a bit of an advantage.

“We were well ahead of glide path when this thing hit, which is good because it gave us some maneuver room,” said Maj. Gen. Frank Muth, head of Army Recruiting Command. He said some recruiting stations had gotten double or triple the number of recruit leads compared to the previous year.

“Let’s go in softer,” he said he told recruiters. “Start a dialog. It’s a call to service, a call to the nation. Your nation needs you now. More of that. And then let them come to us.”

Bierman agreed, saying he doesn’t want Marine recruiters “trying to force a meeting or try to force a sale while families are dealing with really, really, tough, challenging circumstances.”

Muth, whose enlistment goal for the year is 69,000, and Bierman said they’ll need to transition back to regular recruiting as soon as possible, but they don’t know when.

Still, recruiters said they’ve seen some successes — even some fueled by the virus outbreak.

Army Staff Sgt. Bradley Martin, a recruiter in Tampa, said he spoke to a young man who, like many, got laid off because of the pandemic’s economic impact.

“He was sitting around thinking about his future and said he wanted to do something to be successful,” said Martin, who spoke to the prospect through FaceTime about Army careers and the tuition reimbursement program. “We ended up having a great conversation.”

“They want to be Marines,” Meyer said. “The challenge is what happens next.”

Most military movement stalled when the Defense Department froze nonessential moves several weeks ago. But the Army and Marine Corps have continued to send recruits to initial or follow-on training.

Credit: AP
In this image provided by the U.S. Army, recent Army basic combat training graduates have their temperatures taken as they arrive at Fort Lee, Va, on March 31, 2020, after being transported using sterilized buses from Fort Jackson, S.C. (U.S. Army via AP)

New Marines are still going to boot camp on the West Coast, but not to Parris Island, South Carolina, where there have been several cases of the virus at the base. Those finishing boot camp are immediately going to their follow-on infantry training at Camp Lejeune, North Carolina, or Camp Pendleton, California, without getting the usual 10-day break at home.

Maj. Gen. Lonnie Hibbard, commanding general of the Army Center for Initial Military Training, said people ask why the Army is still recruiting and training during a pandemic.

“We have to,” he said, adding it can be done with minimal risk to health and safety. “It’s our responsibility to America right now.”

RELATED: Why health experts aren't warning about coronavirus in food