Gov. Doug Ducey said that the state's presidential preference election would continue. The City of Phoenix declared a state of emergency. 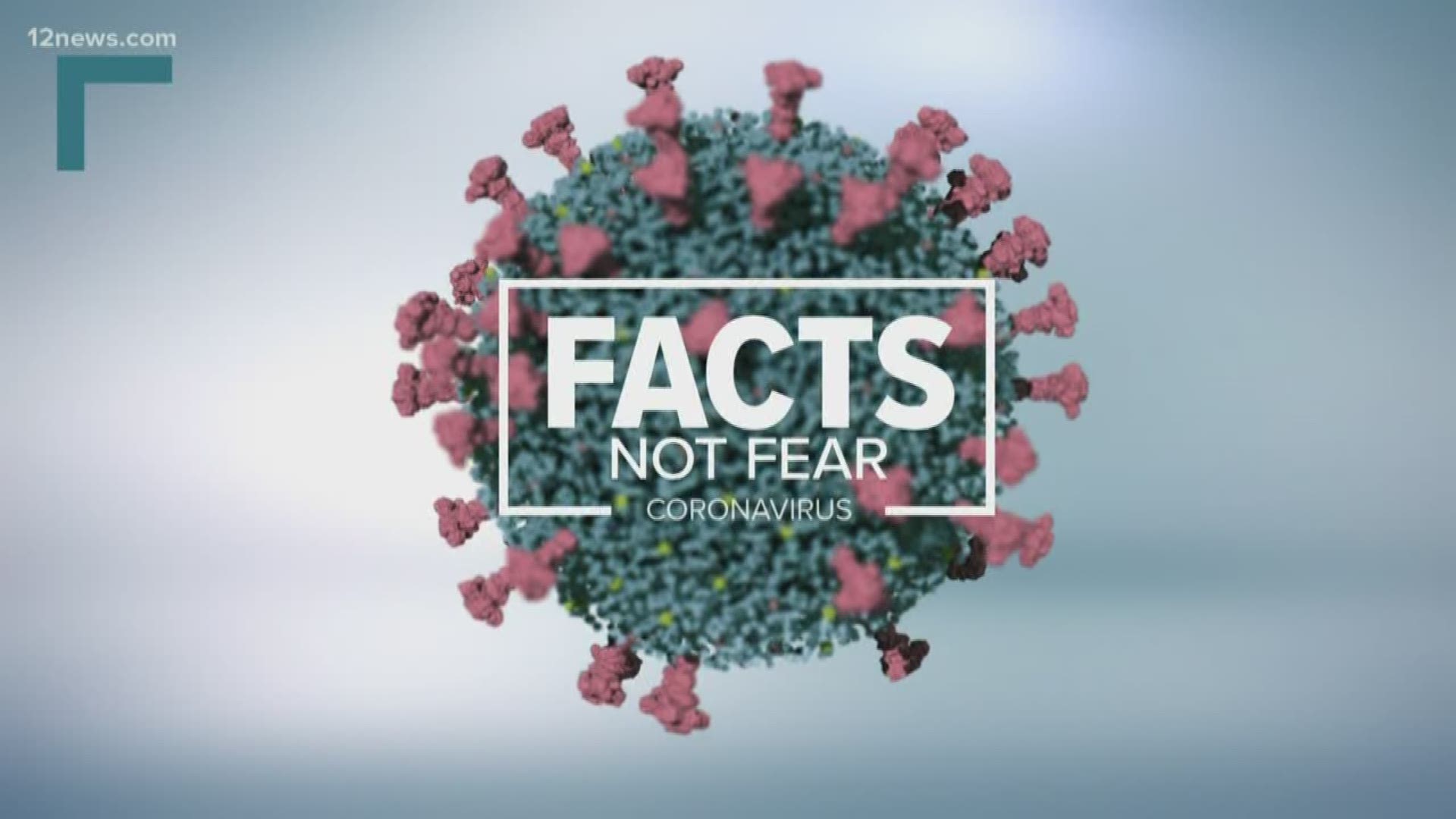 Here is the latest in Arizona's fight against the coronavirus.

Get the updated list of closures and event cancellations across the state here.

9 a.m. - In n' Out Burger announced it is closing its dine-in service and will serve customers in the drive-thru and take out only.

7:30 a.m. - Banner Health is banning most visitors starting Thursday, March 19 because of the ongoing coronavirus outbreak.

The customer service lobby located at 501 N. 44th Street, Suite 200 in Phoenix will be closed to walk-in customers starting March 18.

4:44 p.m. -  Arizona food banks are changing hours of operation during the outbreak. To see a list, click here.

4:39 p.m. - The Red Cross says it's facing a severe blood shortage after an "unprecedented number of blood drive cancellations" and is asking healthy adults to donate blood. Click here to find the donation center nearest to you.

12:46 p.m. - The City of Phoenix declared a state of emergency. Bars would close and restaurants will switch to take out, delivery or drive-thru models only. The declaration would go into effect at 8 p.m. Tuesday.

Officials are also recommending that people do not visit nursing homes or long-term care facilities.

7:57 a.m. - Grand Canyon West announced it would temporarily suspend operations at Grand Canyon Skywalk and the company's other tourist attractions.

Those included Hualapai River Runner tours, the Zipline, Hualapai Ranch and the Hualapai Lodge. The Diamond Creek restaurant will operate for takeout orders from 11 a.m. to 7 p.m. The Walapai Market will continue to operate regular hours.

6:48 a.m. - White Mountain Apache Tribe announced its rent and water payments would be waived through April. No one would be able to leave the reservation.

8:42 p.m. - The Flagstaff mayor issued a proclamation that closed several businesses, including bars, theaters, libraries and more in response to the COVID-19 outbreak.

Restaurants are prohibited from serving food or drink to be consumed on-site.

Grocery stores and pharmacies are not affected by the proclamation.

7:42 p.m. -  The Hatfield Medical Group is the first primary care group in the Valley to begin testing its patients for coronavirus. They are testing patients with symptoms at their Gilbert location.

7:15 p.m. - The City of Mesa announced it will not shut off electric, gas or water services during the coronavirus outbreak. People will still get notices in the mail about delinquent accounts, however.

3 p.m. - Gov. Doug Ducey held a press conference with many other top officials in the state government to address moves Arizona is making in accordance with new CDC guidelines.

Officials reiterated that the state's presidential preference election would go on as planned.

"There are thousands of workers in communities across the state that must continue the job of counting the ballots in the days following the election. The longer we wait, the more difficult and dangerous this will become," said Secretary of State Katie Hobbs.

The governor and Director of Arizona DHS Dr. Cara Christ also recommended that no one attend large events or gatherings during this time.

RELATED: All Arizona schools ordered to close for next two weeks

The Dow Jones closed at nearly 3,000 points down at the end of trading today, with some fearing a recession.

In the past week, trading closed at nearly 2,000 points down twice, the first time that has ever happened.

RELATED: Stocks plunge 2,997 points amid fears coronavirus will cause recession

11:15 a.m. - Canada announced that its borders would be closed to all non-citizens.

The move came after Prime Minister Justin Trudeau shut down Parliament and advised citizens against all nonessential travel.

Trudeau is currently self-quarantining after his wife, Sophie Grégoire Trudeau, tested positive for the virus.

Actor Idris Elba is the latest big-name celebrity who has tested positive for the coronavirus.

The star found out he was exposed on March 13 and is showing no signs of symptoms. 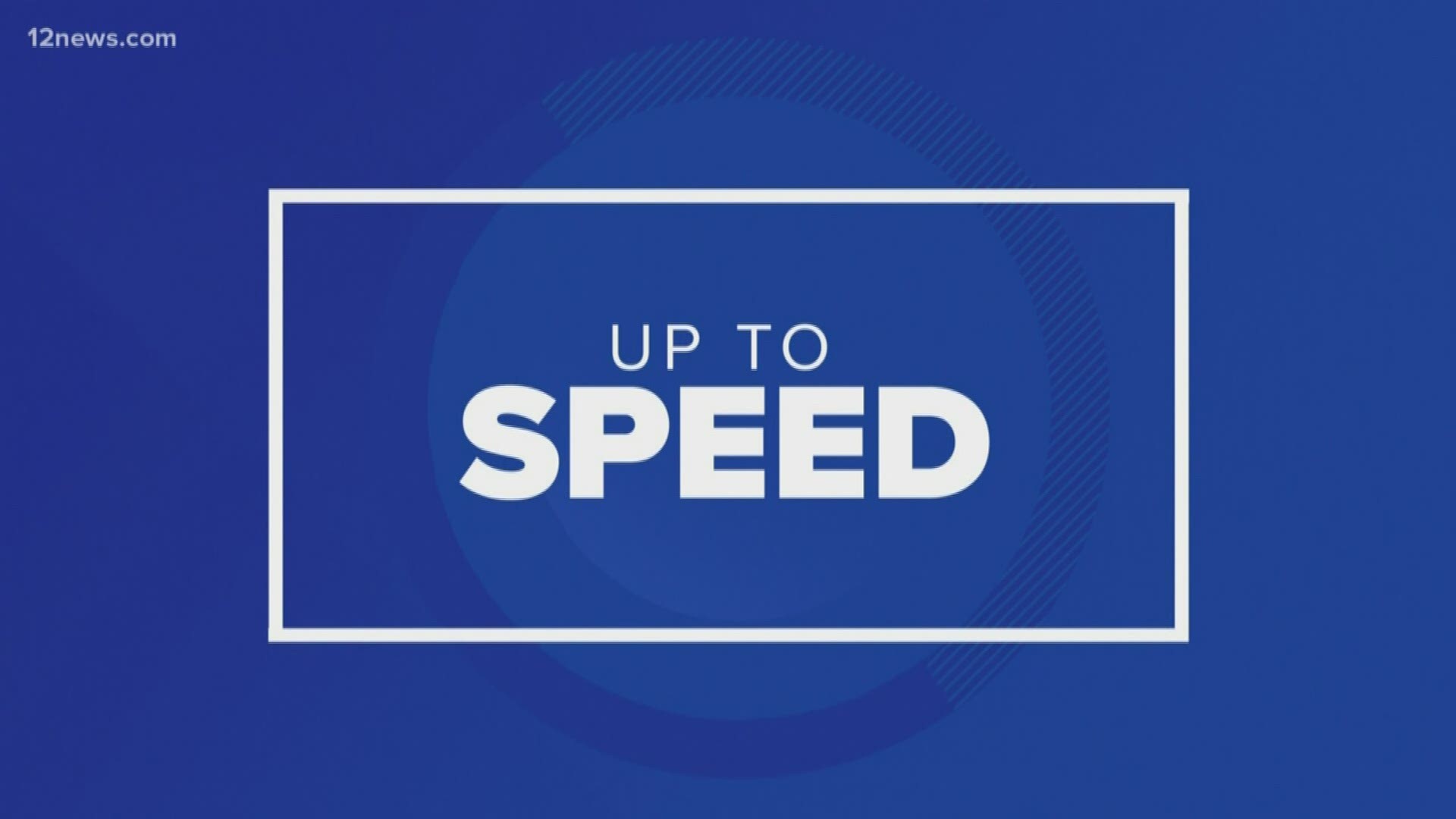