'I honestly don't recall this dire of a situation': UArizona professor explains why saving now is essential during a crisis

The coronavirus outbreak has left entire industries at a standstill and an economy that’s likely spiraling towards recession. 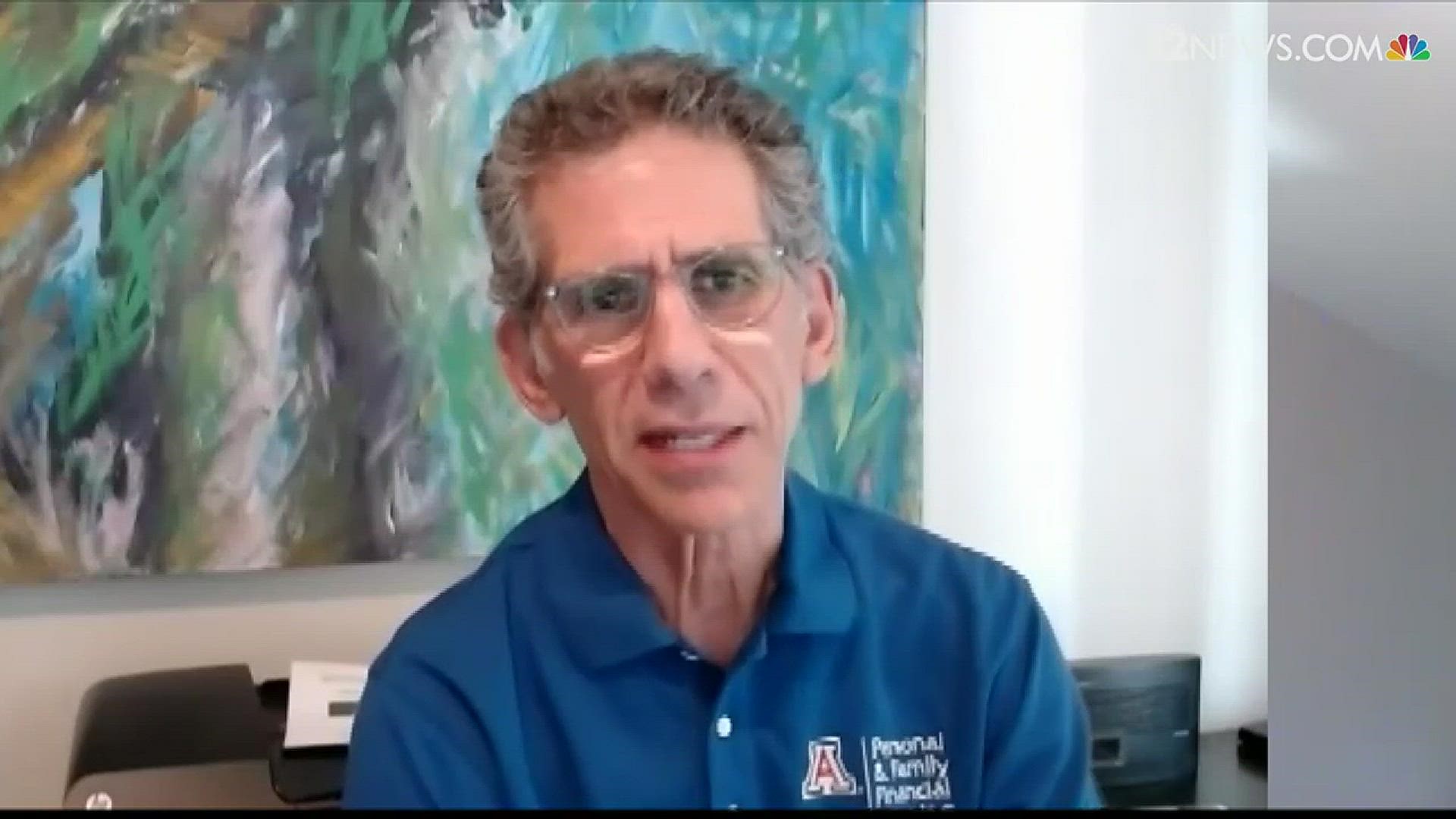 PHOENIX — The coronavirus outbreak has left entire industries at a standstill and an economy that’s likely spiraling towards recession.

With thousands facing severely limited income or being laid off altogether, University of Arizona finance professor Rick Rosen has a word of advice: save money.

He says nearly half of all Americans don’t have enough emergency savings during a time of soaring unemployment.

Rosen says it’s unclear when the economy will fully recover even if and when the outbreak is controlled, so people should manage their finances as soon as possible.

This is a transcription of an interview with Rosen.

Q: What are some of the things people need to know, financially, during this crisis?

Rosen: The most important thing people need to pay attention to right now is watch your budgeting. Watch your savings and watch your spending, because a lot of people are going to be out of work. If they're not already, and they're going to have to live on savings or from whatever income they can come up with, and now's the time to really pay attention.

Rosen: Let's split it into two issues. Let's take a look at the income side, and take a look at your spending side. And on spending, people really need to pay attention to what they're spending their money on right at the moment. The reason for that is we don't know when people are going to go back to work. We don't know if this is similar to what we've had on government shutdowns, where it'd be one week, two weeks. Everything that we're seeing right now, this is so fluid. I don't think anybody really knows.

Who knows when the economy is going to ramp back up? And if you're a restaurant worker, or whatever your job might be, you don't know when that company is going to get back and bring everybody back into the fall. And that's assuming that the business actually stays in business. So, people really need to pay attention to what they're spending their money on. And the issue we run into we've had a great economy over the past number of years, people get a little complacent and they start taking on expenditures that maybe they shouldn't.

Q: So, anything superfluous, people should cut that off right now?

Rosen: Yeah, one of the real issues we have, and this is coming from a number of different organizations, around 40% or 45% of Americans do not have the ability to pay a $500 emergency bill. They just don't have that amount of money sitting in a savings account. And you know, an emergency bill for a lot of us might be we got a flat tire, we need to buy a new tire. But little did we know three, four weeks ago the emergency situation was you just lost your job. If you don't have $400 or $500, that's a major problem.

Q: Is there a precedent for this in your life? Can you recall anything like this happening before?

Rosen: I've been around a while. In my lifetime, I honestly don't recall this dire of a situation. I know, we've had government shutdowns, we know it was going to be temporary. And people, for the most part, knew that as long as they could hang on for a week or two, they would get through it.

In 2008, when we had the financial crisis, we were losing 750,000 jobs a month. And that should have been an eye-opening experience for a lot of people. But the problem is that was 12 years ago, and we've had a good economy since then, and people have forgotten about it.

Q: Even if assuming the coronavirus outbreak medically clears up relatively soon, how much damage will there be economically? How long will that take to recover?

Rosen: You know, obviously, I don't know the answer to that. I'm not even sure our government knows the answer to that because we've never experienced an immediate shutdown of the entire country. Just not what we're seeing in New York or what we're seeing in California. We're seeing that through every small rural community, every big city every day. And the all-encompassing problem is the old ripple effect. One business goes out, the employees don't get a job, all of a sudden, they don't have the money to pay for a movie or go out to dinner and then all sudden those businesses suffer. And this just ripples through the entire economy. And it just depends on how long it lasts. If it's short-lived, I don't see it being gigantic. But I saw a report where they expect, by the end of the year, we could see 9% to 10% unemployment. We're at 3.5%. That's a gigantic loss. And if that happens, that's gonna ripple through the economy, and it's really gonna cause some damage.

Q: Can you speculate at all if we’re going on to a recession?

Rosen: I think we're headed in that direction. We simply will not be producing the revenues that I think we need for us to avoid it. I think we haven't seen a contraction yet. But you know, obviously, this is new. We don't know what the numbers are going to be in a month from now, or let's say at the end of the quarter, for this particular fiscal year, we just don't know. But if I were a betting man, I would have bet on a recession.

I'm sorry to say this. For some people, that new vehicle you bought, that that may be a discretionary expense for people. But as far as eating, as far as your shelter, your medical, it's critical and I think people need to be proactive, not reactive. And what I mean by that if you're in a position where you lost your job, and now you don't have money for your rent or your mortgage, don't wait for your landlord or your mortgage company to contact you, contact them. Be proactive about it. Explain your situation. What I think everybody discovered during the financial crisis in 2008. It is grossly expensive for banks and landlords to take property back. That's not the business they're in. They don't want it. And I think if you if people approach them, you should be able to work out something where you'll get some leeway from your landlord or from your mortgage.

Get rid of the embarrassment. Everybody is running into this situation, nobody's going to think down on you because you have to go into a food bank, it's not going to be permanent. And then take advantage of that. But, as far as your example, your credit cards, if you've got the ability, keep making the minimum payment. And if you've got some extra money, start paying down those really expensive credit cards. Nothing's off the table, be creative. And even if people haven't lost their job.

Q: And if you feel relatively secure, is this still the time to build a cushion, financially?

Rosen: I think it's always important. The average American couldn't pay a $400 bill on short notice. It is critical that people build up an emergency fund of at least three to six months worth of expenses. I know that is a lot of money for some people. I'm not saying do it all at once, but try to start building that. So in the event, you run into another problem like this, or you do lose a job or you do have that big emergency, you've got the money sitting there.

And the one thing that really important as you build that emergency fund, don't invest it, stick it in a savings account, because that money needs to be incredibly liquid. And just remind people to take a look at the stock market over the last three months. That's not where you want your emergency money.

Q: Speaking of that, it's been a tumultuous stock market. People who are near retirement or in retirement, what would you tell them?

Rosen: I'm going to tell them, first of all, what are you looking at your financial statements for? Because that's just going to scare you to death.

There is one real reason to pay attention to retirement as you start to creep up and age. You have to make sure you've got the availability of what I would call cash or cash equivalent for at least five years worth of expenses. If you suffer through what we just are going through right now with a 30% decline in the stock market, those are investments that you don't need for 15 to 20 years.

But the money you need today, and if you've got it in the stock market, you're really in trouble. You're going to be selling assets when they're down. And I think it's important for everybody to understand that just because the stock market has gone down 30% doesn't mean you've lost money. What it means is you've lost some value. And if you don't need it, just hang on it will come back. And it whether it's a year, two years or five years, it will come back

Q: Any more tips or advice that they should know?

Rosen: People need to do anything and everything they can to, number one, come up with an income source. And again, swallow your pride. It's not something that people are going to look down at you. And then while you're at that process, start taking a look, is there opportunity for hourly work or day work? Do anything and everything just to get you through this time period.

But at this time period, start paying attention. Look at a budget, start trying to save, start trying to put an emergency fund together and then that way when this happens again, you can be on the outside looking in; you're not going to be part of it. Again, as I said, it's easier said than done. But I think if you really buckle down, people can do this. 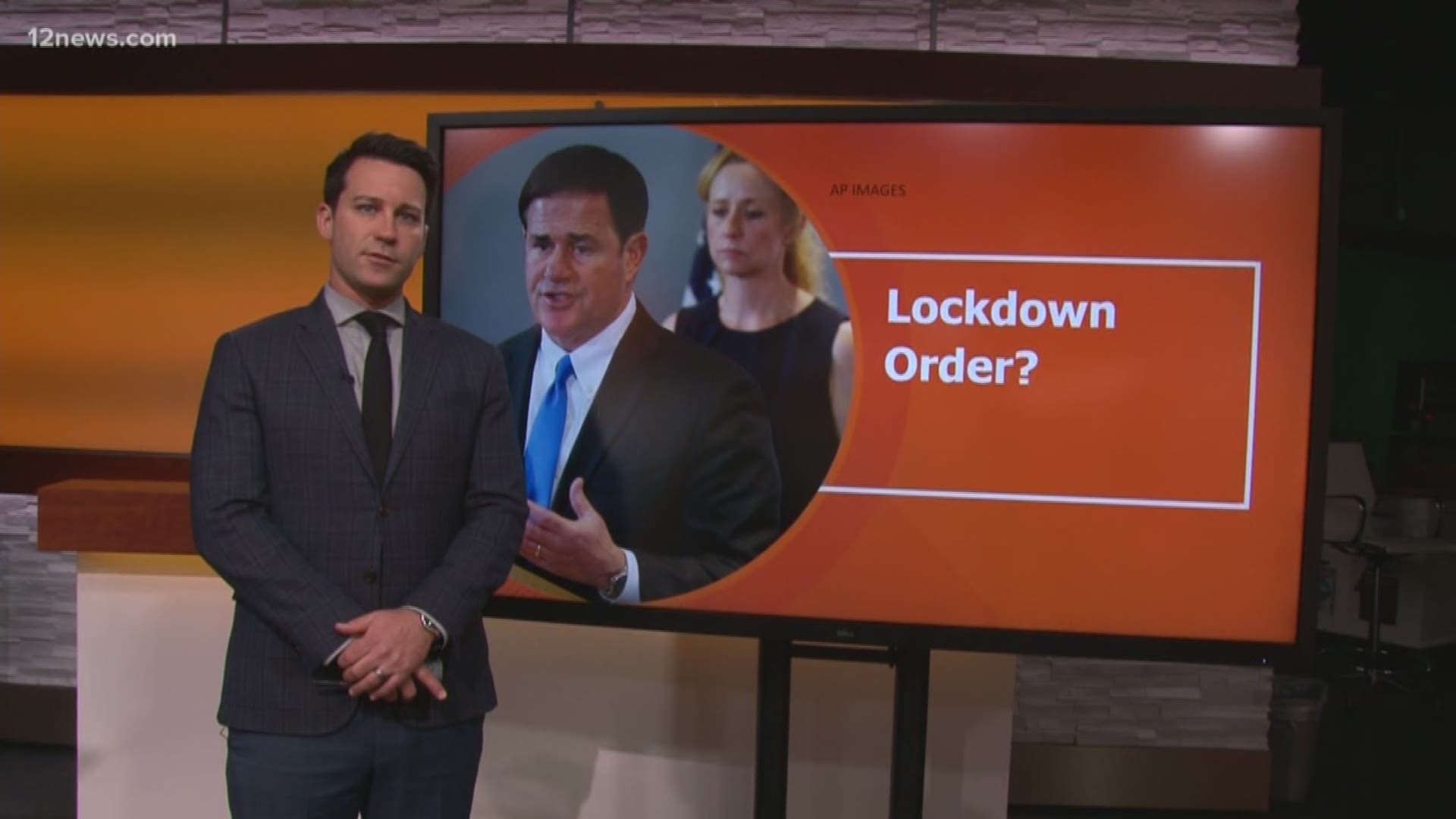 RELATED:
- #SendTheLove to your friends and family, and we might share your message on TV
- Arizona colleges cancel commencement ceremonies due to coronavirus spread
- Live updates: Here's everything you need to know about coronavirus in Arizona on Thursday