Doctors are warning against mixing vaccines since it has not been researched, but that guidance could change as they start trials on exactly that. 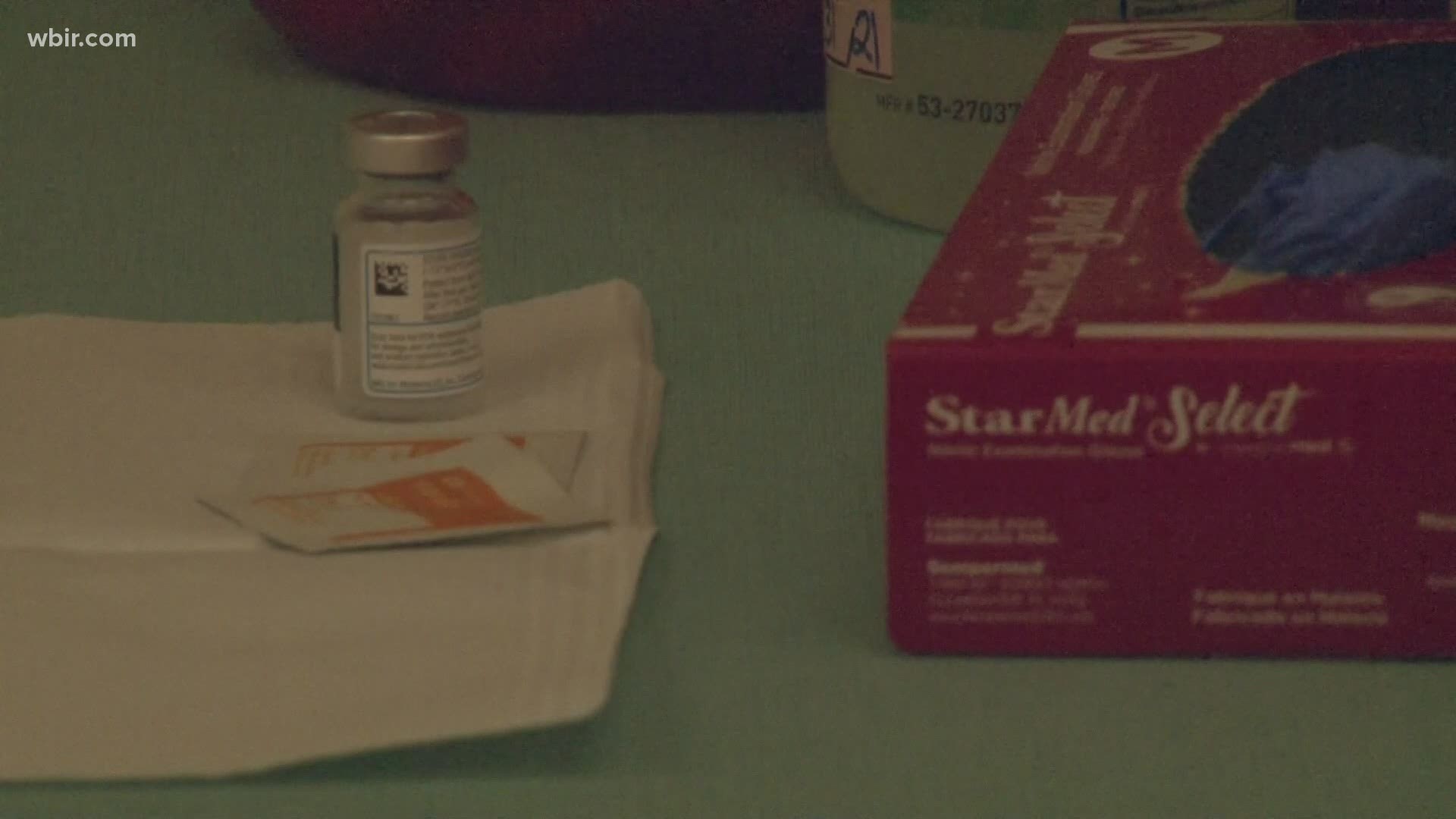 KNOXVILLE, Tenn — With vaccine supplies increasing across the country, including in Tennessee, doctors are warning people not to get two different vaccines. Experts said that they don't have information about whether it's safe to mix them, but they are researching it.

Dr. Bill Smith CEO of the Alliance for Multispecialty Research said that mixing different types of vaccines is still not recommended.

"We just don't have very much data on mixing those vaccines, we don't know if they're going to be complimentary and actually increase your immunity are if they might work against each other," said Smith.

With little data to show the effects, he says the guidance can't change. People should continue with the brands they receive whether they're from Pfizer, Moderna or Johnson & Johnson.

But more information is coming soon. Dr. Smith said his team is getting ready to start a trial that will mix and match the shots to determine whether it is safe to mix them.

He said that the trials will particularly focus on exposing people who received the one-dose Johnson & Johnson shot to the Pfizer vaccine. They use different biomedical technology to build immunity to COVID-19.

The Johnson & Johnson shot uses a more traditional delivery method to vaccinate someone, using a weakened virus to activate a person's immune system and help it build antibodies. The Pfizer vaccine uses mRNA technology and does not introduce a virus to a person's body.

Smith said it is important to also measure how long a person is immune after receiving the vaccine. Mixing vaccines could play a role in health decisions in the months ahead if booster shots are needed down the road.

"Almost surely we will need boosters because the effect from the natural infections is diminished over time," said Smith.

Dr. Smith and his team will do part of the trials in Knoxville. Anyone who wants to participate can call (865) 305-DRUG.