These Arizona mayors want a mask requirement in their city 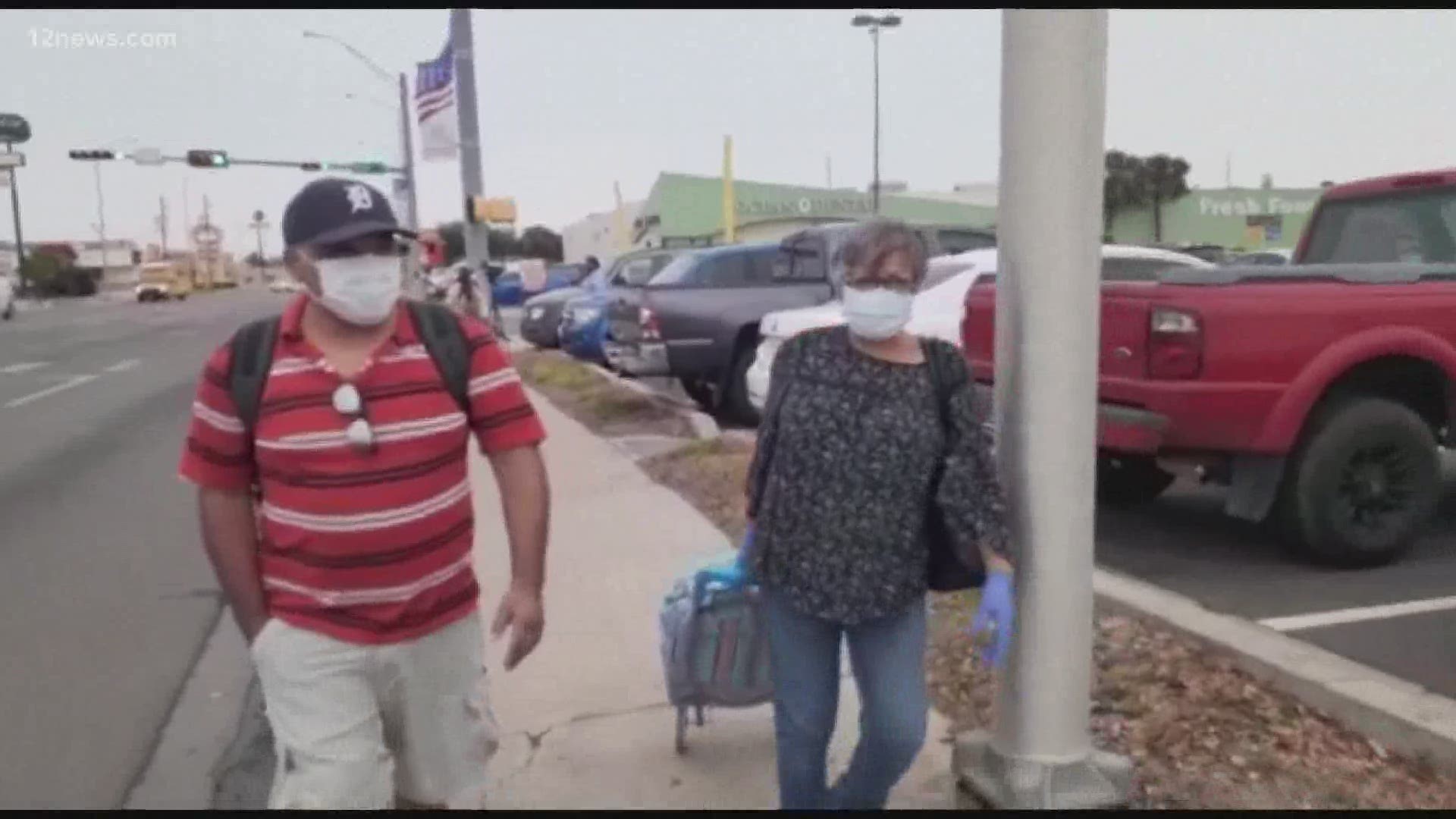 PHOENIX — Gov. Doug Ducey allowed individual Arizona cities to create their own policies about face-covering requirements and enforcement on Wednesday.

A face covering has proven to be effective at limiting the spread of COVID-19, according to the CDC. The virus is primarily spread by in-person contact through sneezes and coughs.

Ducey has always encouraged the use of masks in public but hasn't issued any official orders regarding it even as cases continue to soar across the state.

People weighed in on the announcement on Wednesday.

While Parra and Vega don't agree on the potential mandate, they do agree that Arizona should move to slow the spread.

"If we're out here, out and about and we're fighting an invisible enemy then take the extra step, throw a mask on," Parra added.

"Recommendations, very very good, if you could get a star power in there saying hey, like with registered voting, they encourage people to vote, they don't say hey, vote or else," Vega said.

The mayors of these cities intend to enact a mask requirement. This list will be updated as more officials announce decisions.

Phoenix Mayor Kate Gallego says the city council will vote on a mask policy at their next meeting, and she says she fully supports a face-covering requirement.

Mayor John Giles says he will sign a proclamation making masks required in the city, adding that "We must flatten the curve to save lives and sustain our economic recovery. Those two things go hand in hand."

"We've got to take some steps in order to slow down the spread of the virus, to flatten the curve so that we can get our kids back in school, to support our small businesses and we can enjoy better health hopefully," Mayor Giles said.

Tempe Mayor Mark Mitchell says he will develop a plan with his staff Thursday morning to implement a mandatory mask policy in the city.

"We, as individuals, have a moral obligation to our fellow Tucsonans to help slow the spread by following CDC guidelines, wearing a face-covering in public, practicing strong social distancing, and frequently washing our hands, " she said.

Some mayors have not decided their position on a mask requirement but have called for a special city meeting to discuss the option.

Gilbert Mayor Jenn Daniels has called for an emergency city council meeting that will take place Friday morning to discuss where a mandatory mask order is required.

The city said in a statement Thursday: "Given the rise in COVID-19 cases throughout Maricopa County, Scottsdale Mayor W.J. “Jim” Lane is working with the city’s legal team to develop a mandatory public mask ordinance in Scottsdale. As government we are balancing the need to act for the sake of communitywide public health, while also allowing as much personal freedom as we can. Once all policy considerations are addressed, the mayor plans to issue an emergency declaration enacting the regulation."