The walk-thru site at Gila River Arena replaces the drive-thru one that was open at State Farm Stadium since January. 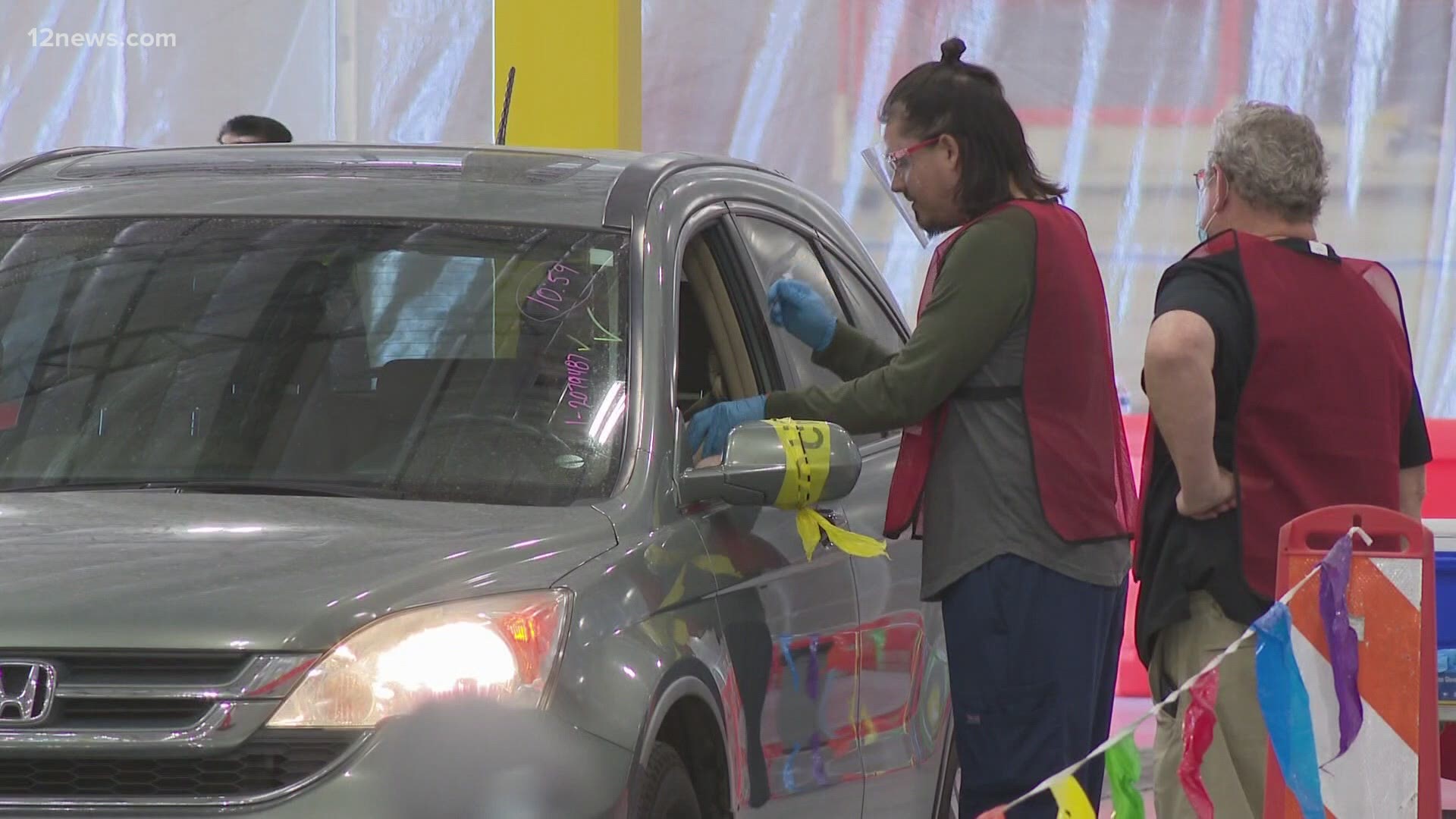 GLENDALE, Ariz. — The state has opened what's expected to be the last large state-run vaccination site at Gila River Arena.

The walk-thru site replaces the drive-thru one that was open at State Farm Stadium since January.

The Arizona Department of Health Services is moving all of the state-run sites indoors due to the summer heat.

However, Dr. Cara Christ, director of AZDHS said appointments can now be found for the same day at most state sites.

Vaccine appointments are easier to get than ever before

Almost 40 percent of Arizonans have at least one shot of the COVID-19 vaccine, according to state data.

"In many ways, the hard work has just begun," Christ said.

Vaccine appointments are easier to get now than they ever have been before. Christ said walk-up opportunities will likely be available more often at state sites as they work to use the vaccine.

Christ said the reason is the supply of shots is starting to meet how many people want the vaccine. But also that those who really wanted to get the vaccine were willing to go at any hour, at any location to get it.

"Now we're probably reaching Arizonans that you know, want the vaccine, but are very, very busy," Christ said. "Now we're going to try to reduce some of those barriers, make it easier, get more sites in the community, let them know about pharmacies."

The road to herd immunity is through education

"So that they understand what this vaccine is, how safe it is, and how important it is to save lives," Baker Jr. said.

Baker adds stories of people getting the vaccine are what help drive confidence in the shots.

That's how Alixandra Manriquez ended up getting hers on Friday.

She's been eligible for a while but said concerns she had kept her watching and waiting.

"I was kind of like iffy about it," Manriquez said. "I just wanted to see other people getting it first and see their side effects."

Manriquez is a daycare teacher and said after hearing enough stories of those she knew who got the vaccine, she felt comfortable getting hers.

"I wanted to be more safe for the kids," Manriquez said.

The state is working to get to herd immunity, where 75 to 80 percent of Arizonans have some protection against the virus.

Dr. Elizabeth Connick, chief of infectious diseases at the University of Arizona College of Medicine believes herd immunity will be reached in time.

"I think as more and more people see their friends and their family are going fine and they got the vaccine, they will be more willing to accept it," Connick said.