The supply of hundreds of thousands of N95 masks at dozens of Washington hospitals are impacted by counterfeit masks in circulation, according to the WSHA. 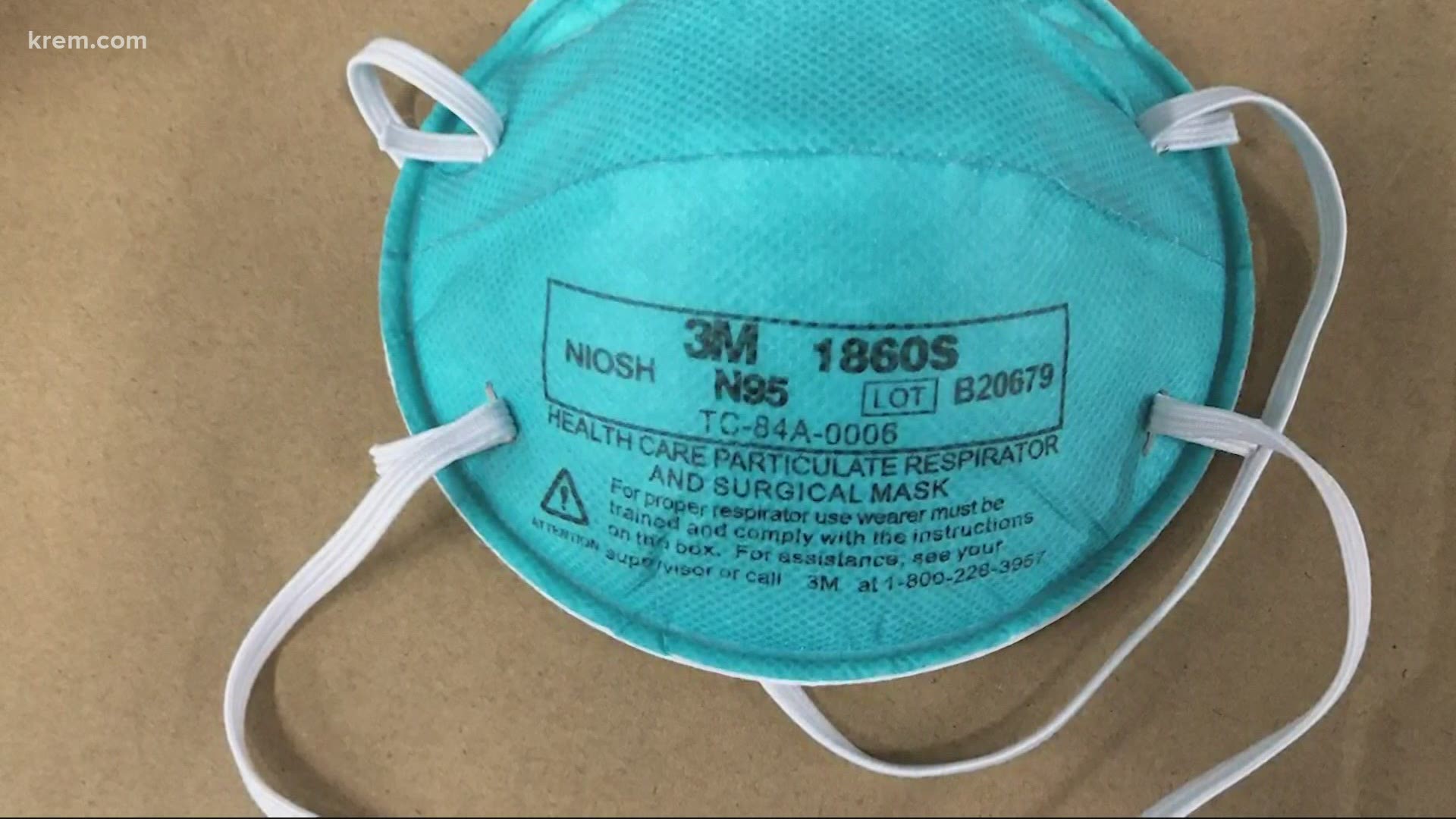 SPOKANE, Wash. — The Washington State Hospital Association and some Washington hospitals discovered their N95 masks were counterfeit after an analysis by 3M, a company that manufactures the masks.

"It's a stunning feeling. Just to think that there are people that will do that. Out manufacturing counterfeit, personal protective equipment that we need right now so badly during this pandemic?" said WSHA President and CEO Cassie Sauer.

The WSHA says they purchased 300,000 of these now known counterfeit masks to distribute to their some 40 member hospitals. At least 60,000 of those masks remain in warehouses and were not sent to hospitals. "Many" of the masks that were distributed have not been used, according to Sauer.

The WSHA alerted hospitals late Friday after a notice from 3M that fake N95 masks were circulating in the national supply of personal protective equipment, according to a release from the association. Hospitals that were impacted were asked to pull the masks from their supplies while 3M investigated.

“We sent some samples to 3M, their fraud department late Friday and early Saturday and got confirmation yesterday afternoon. Indeed, there are for sure some fraudulent masks in Washington State," said Cassie Sauer, President and CEO of WSHA.

The company flagged several lot numbers that potentially contained counterfeit masks. Those lot numbers are among the stock purchased by some Washington state hospitals and the hospital association, according to the release.

"They're very good fakes. They look, feel breathe, are packaged like a 3M mask does," Sauer said.

The hospital association and several hospitals are waiting for the results of 3M's analysis of the remaining lots of N95 masks. At this point, dozens of hospitals across the state and hundreds of thousands of N95 masks are impacted.

“These masks had the appropriate paperwork and passed physical inspection and testing,” Sauer said. “These N95s are precious resources we need to keep staff safe. It is reprehensible that counterfeiters are selling fake goods.”

According to 3M, N95 mask fraud is a significant global problem. The company and other manufacturers are putting enormous resources into identifying and stopping it, the release reads.

Sauer noted there has not been an increase in COVID-19 cases where medical staff wore the counterfeit masks.

The following lot codes were the ones affected by the counterfeits, according to Sauer: