"We’ll be happy to debate the efficacy of masks when this is all over and you come in to sell your dead grandmother’s clothes," part of the sign read. 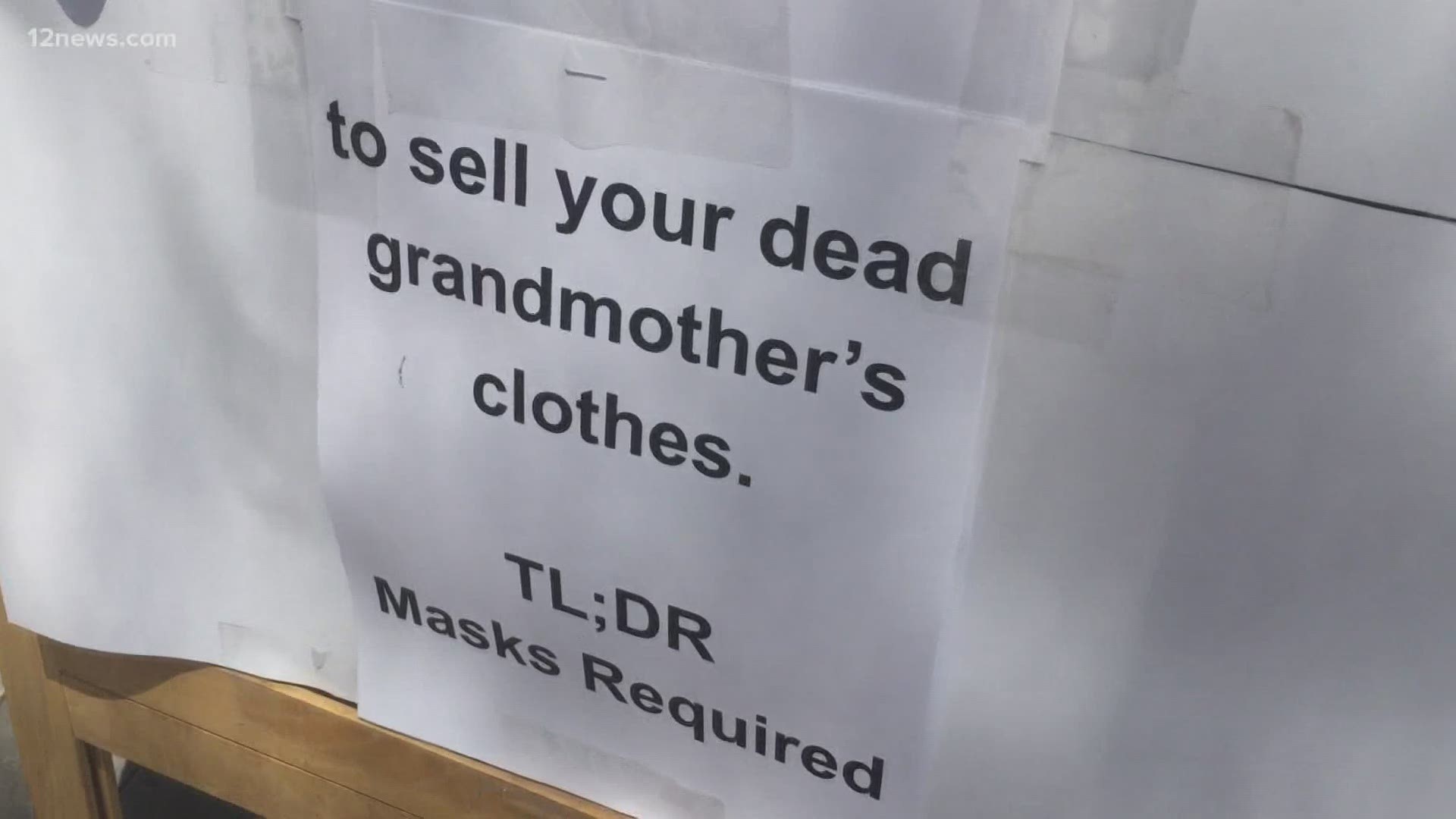 PHOENIX — Sarah Bingham, the owner of Antique Sugar, was tired of dealing with combative customers about wearing a mask while shopping in her vintage clothing store in Phoenix.

“It was a conversation I had to have every day and I got kind of sick of it," Bingham said.

Even though masks were mandated last month in Phoenix, some Phoenicians are not comfortable with the idea of a face covering.

After running one morning to try and burn off some frustration about the situation, Bingham got creative on how to get people’s attention about wearing a mask at her place of business.

“If you choose not to wear a mask, we respectfully ask that you postpone your visit," the sign read.

"We’ll be happy to debate the efficacy of masks when this is all over and you come in to sell your dead grandmother’s clothes."

After receiving some positive responses, she decided to print out the sign and place it outside her store.

“I’m not insulting anybody’s grandmother. That’s not what this is. It just was -- it was just me being frustrated. Trying to make a point," Bingham said.

And her point made it all over the world. People have been reaching out from all over, complimenting her bold move and wanting to purchase something from the vintage shop.

“We were doing fine up until the sign went viral this week and then it just exploded," Bingham said.

Bingham said sales have been better than years past during the summer, even without the normal prom sales to help. 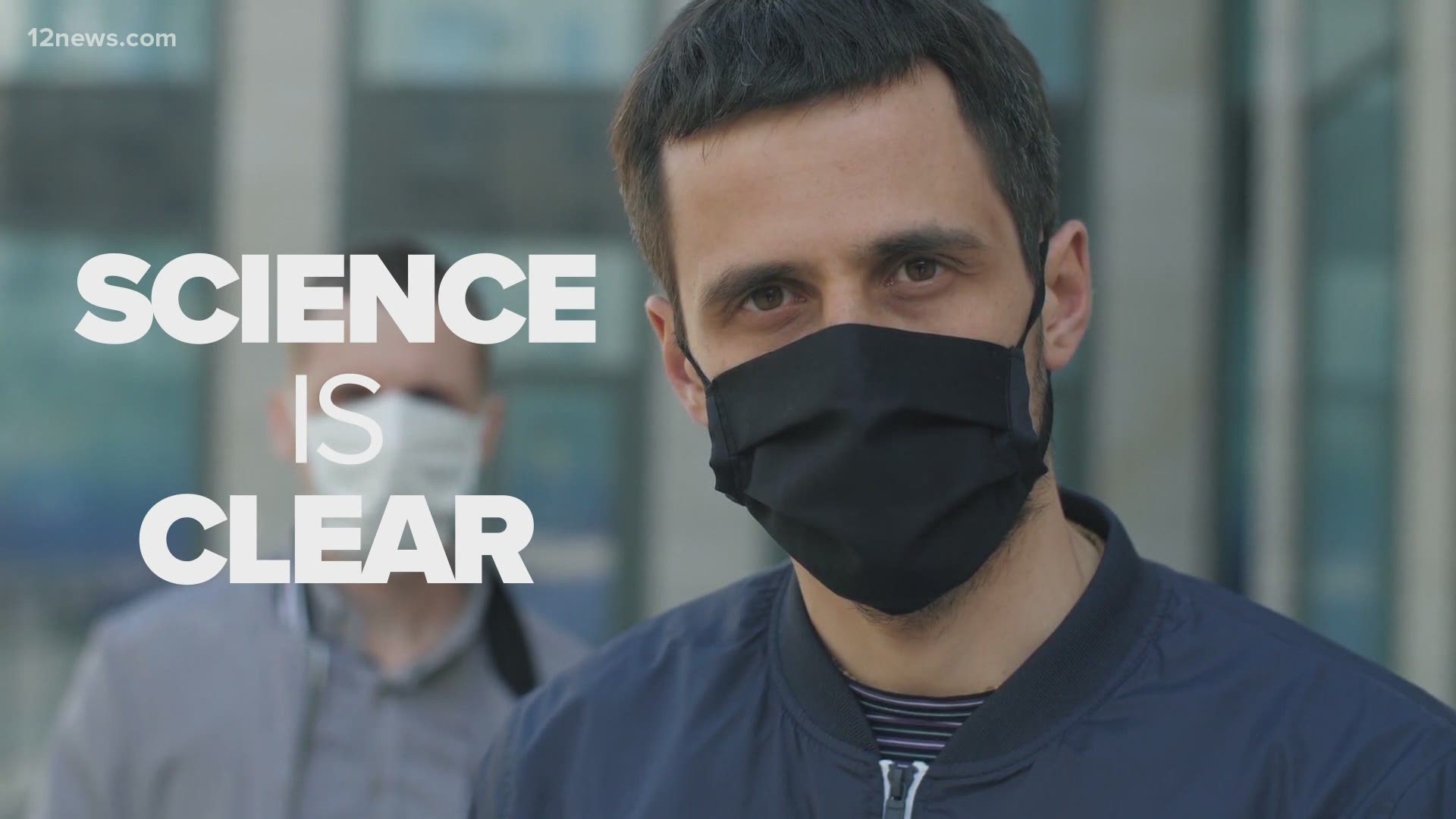 "So summer is always a lull and we lost the prom season this year and when we reopened in June, we weren’t expecting it to be great.”

Not everyone was full of praise: Bingham had to hire security after receiving a few online threats -- or as she put it, “trolls" -- bothering her.

Even though she never thought the sign would receive so much attention, Bingham said she has no regrets.

“Of all the things people are going viral for right now, I’m glad it’s something important and I really feel like I’m on the right side here," Bingham said. 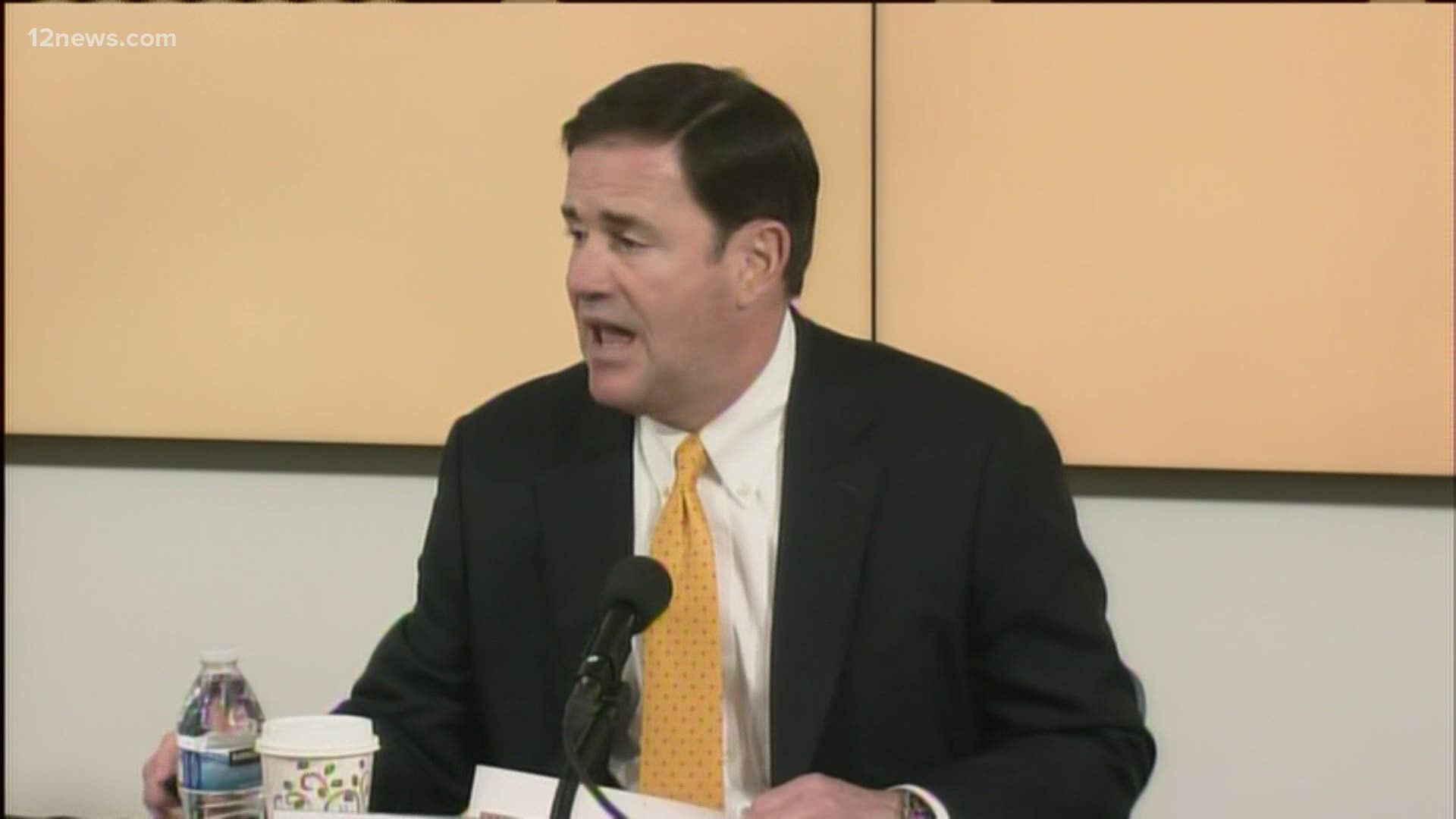 - VERIFY: Why researchers say protests have not contributed to rise in COVID-19 cases

- Does wearing a mask pose any health risks?

- How risky is flying during the coronavirus pandemic?

- If president, Biden would make Americans wear face coverings in public during pandemic