Sonora Quest CEO's goal: 2-day turnaround on coronavirus results by end of this week. Huge buildup comes after misjudging COVID's staying power back in May. 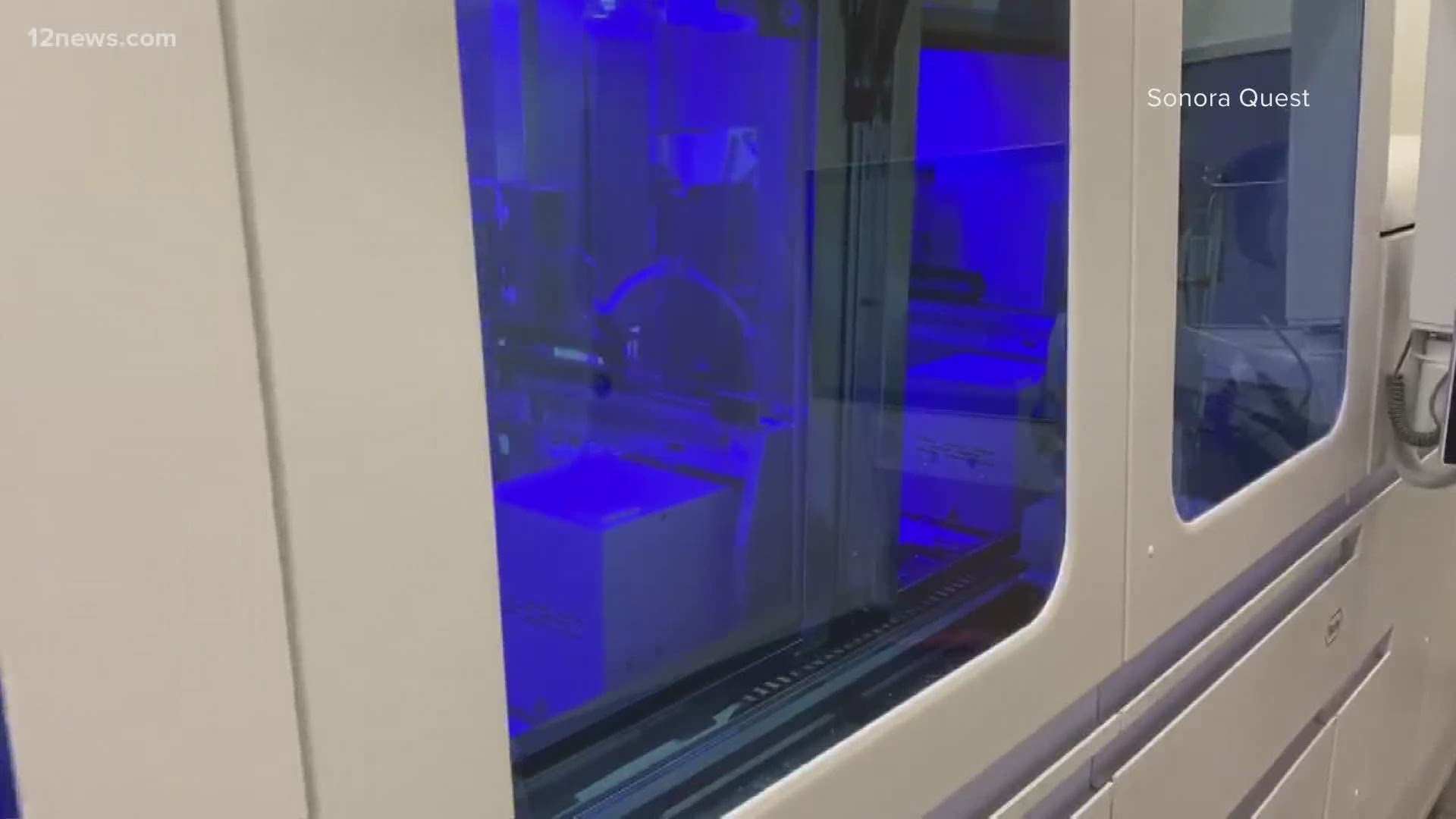 Arizonans’ long waits for coronavirus tests - and longer waits for results - could soon be a thing of the past.

By the end of this week, lab-test giant Sonora Quest plans to boost its processing capacity to 245,000 tests a week - an exponential surge that is two-and-half times the peak number of weekly tests in the last five months.

More significantly, customers would get results in 24 to 48 hours. Statewide, people are reporting waits of seven days to two weeks.

Long waits for testing and results are believed to be depressing turnout for testing, a vital tool for controlling the spread of the coronavirus.

“It all unfolded very, very fast,” Dexter said. “(But) not fast enough for everybody who wants the testing today, and everybody who had to wait in long lines and are waiting for results.”

Dexter has run Sonora Quest for more than 20 years. It's a joint venture of Banner Health, the state's largest hospital network, and Quest Diagnostics, one of the largest clinical lab companies in the country.

Sonora Quest not only processes more than half the coronavirus tests done in Arizona, but also manages lab work for 30 hospitals.

In a wide-ranging interview:

Assumed heat would kill virus: Dexter revealed that as the governor was preparing to reopen the state in May, Dexter incorrectly assumed the summer heat would kill the coronavirus.

“It should have, we thought, mimicked the flu,” he said. “Unfortunately, that was absolutely incorrect. In fact, it got completely out of hand.

“I frankly thought the PCR (diagnostic) testing demand would diminish during the summer and the antibody testing would increase exponentially. It’s actually been the opposite.”

“We never really anticipated the level of demand we would get. I don’t think anybody did,” he said.

Supplies of instruments and consumable test materials like swabs were “maxed out,” Dexter said.

“We received so many orders for (diagnostic tests) in June and later in July that it was beyond our ability to support that level of capacity. Every lab was having that problem.”

Birx wanted more tests: Project Catapult’s goal is processing 35,000 tests a week by the end of this week and 60,000 a week by the end of August. That wasn’t enough for Dr. Deborah Birx, the White House Coronavirus Task Force coordinator, when she visited Arizona in late June.

“She told me their modeling at the White house shows Arizona needs 100,000 PCR tests per day for the next six months, possibly one year,” Dexter said.

While it ramps up eight new processing lines, Sonora Quest is knocking down a test backlog that’s delayed a coronavirus diagnosis for tens of thousands of people.

Sonora Quest’s backlog as of Monday was 42,000 tests, down from 62,000 in the middle of last week. Dexter said the backlog should be cleared by the end of this week.

In an email to clients Sunday, Embry Women’s Health said it moved test processing as of July 18 to a facility in Washington state. Embry’s asking Sonora Quest to return all test specimens that haven’t been processed.

“I put my faith in Sonora Quest that they would fix the situation,” Raymond Embry, the clinic’s development director, said in an interview.

“Unfortunately, that faith was misplaced.”

Embry said Sonora Quest was taking 12 to 14 days to process results. The Washington state facility’s turnaround time is 2 to 4 days, according to Embry.

Why More Testing Is Needed

If Arizona doesn’t do more coronavirus testing and get the results out faster, epidemiologists say the infection’s spread can’t be controlled by identifying who’s been exposed to the virus through contact tracing.

Arizona’s positive rate on tests has hovered over 20% in recent days, the highest rate in the country, according to the Johns Hopkins University’s data tracker.

A high positive rate indicates that the sickest patients are being tested, but those who are suffering milder symptoms or who are asymptomatic aren’t getting a test.

- Over the last few weeks, statewide testing has topped out at about 100,000 a week. This past two weeks has seen a marked slowdown on lab reports.

“I realized that not just Sonora Quest, but every lab in Arizona was going to get overwhelmed by the testing demand,” Dexter said. “We had to do something that was really out of the box.”

“That was one of those 'white wine nights' where I had to come up with a solution to a very significant problem,” Dexter said.

Dexter said he had been putting the pieces together for a few weeks before Ducey announced Project Catapult:

“Could some issues come up… that could slow us down?” Dexter said. “Yes, but we will get through it. I have a high degree of confidence.”

RELATED: Banner Health to add nurses, others in Arizona amid virus