Since December, scientists have found the California variant in about 16% of the genomes they’ve sequenced from Arizona. 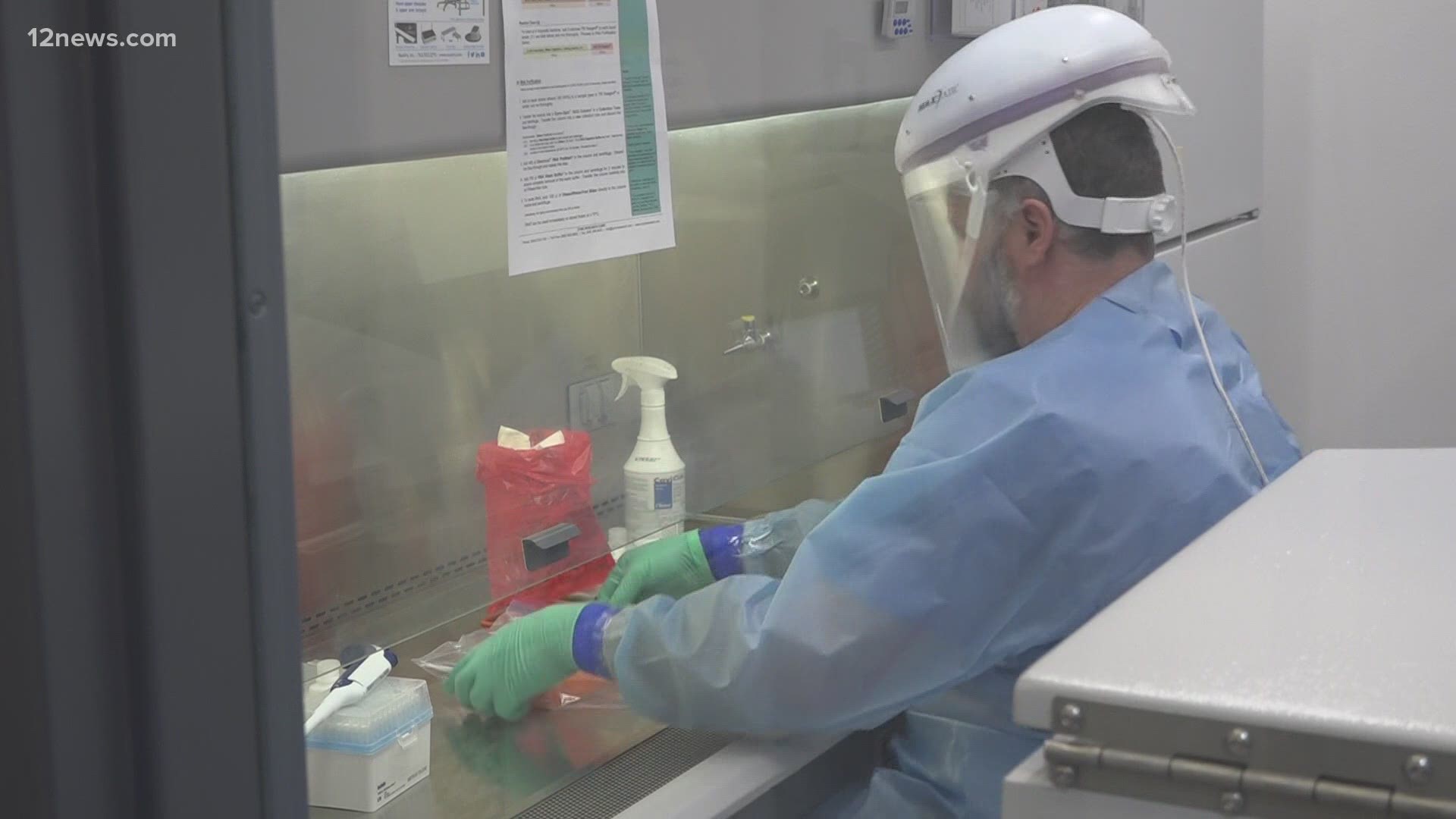 ARIZONA, USA — A variant of COVID-19 that has become dominant in California could do the same thing here in Arizona.

“We do think that this could become a dominant strain moving forward,” Engelthaler said.

Since December, scientists have found the California variant in about 16% of the genomes they’ve sequenced from Arizona. The U.K. variant has been found in less than 1% of the genomes.

You can see the breakdown of variants found in Arizona here.

The common thread between them and other variants health experts are watching is they spread faster.

Engelthaler said that’s why vaccines become all the more important to get into people’s arms now.

“Now that we have fewer and fewer people that are actually susceptible, the variants that can move faster are going to be the ones that can out-compete the other ones,” Engelthaler said.

Engelthaler said variants are a reminder to still practice all the precautions of wearing a mask, keeping your distance, washing your hands and getting the vaccine when it’s available to you.

Right now, the COVID-19 vaccines still work against the variants, but Pfizer and Moderna both announced this week they’re testing new booster recipes against the South African variant.

What could eventually escape vaccine immunity is if two different variants meet in one person and mutate to create a new variant.

“You could get some mixing or some mingling just like what happens with influenza which definitely means that we have to change the vaccine when that happens,” Engelthaler said.

Engelthaler said genome sequencing is what’s going to help as the pandemic moves forward so new variants can be detected and see when new vaccines might be necessary.

“We have got to keep watching this very closely,” Engelthaler said.

COVID is expected to stick around

Engelthaler said as we move through the pandemic the virus will still be infecting those who don’t have immunity.

Adding he’s expecting COVID-19 will be a virus we live with for quite some time.

“I do believe this is a new human virus that we will have to deal with,” Engelthaler said. “But it will be those most fit strains the ones that can move from person to person the best.”