'I don't think it's safe and so that's why I needed to take a stand.' 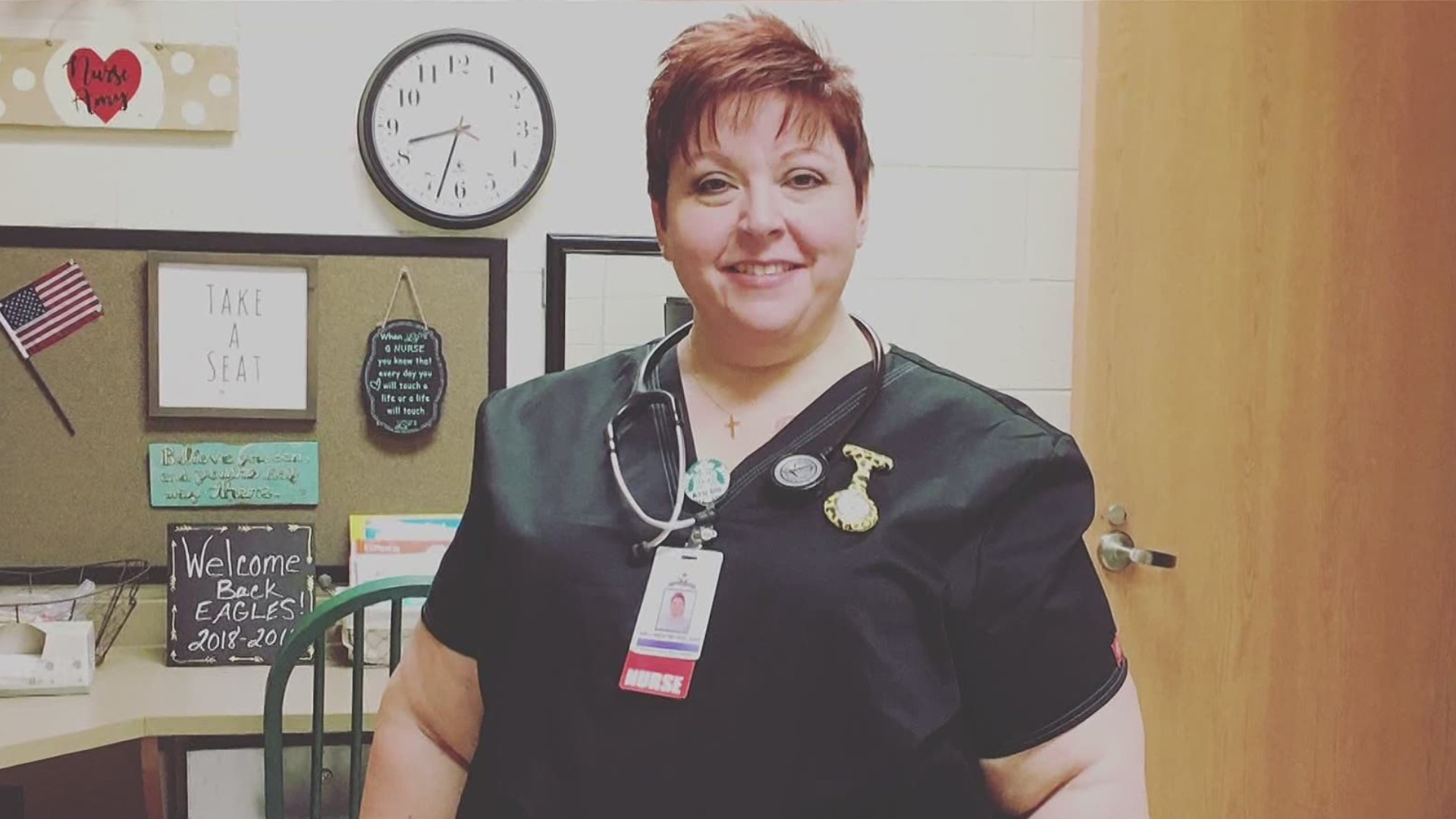 PAULDING COUNTY, Ga. — School districts across the country are making tough decisions on how to handle the start of the new school year, given that COVID-19 has forced everyone to make changes.

But for Amy Westmoreland, she said her concerns led her to step down from her position as a school nurse. She retweeted a photo this week of a picture, which has since gone viral, of a crowded hallway at a Paulding County school claiming she recently resigned from the same district.

"Employees haven’t been wearing a mask since April when I went back. I emailed the superintendent with a manifesto resignation letter in July," she tweeted. "I knew this would happen. Science...not politics and money! Awful! Shameful!"

11Alive talked to Wesmoreland on Thursday about her decision.

"This started at the end of the school year, when they allowed us to return to the building to tie up loose ends in the clinic," she said. "You know, walked in and people weren't social distancing or wearing a mask."

She said throughout the summer she continued to watch guidelines from the Centers Disease Control and Prevention and was paying attention to the the COVID-19 data provided by department of health. She saw that positive cases were still climbing.

RELATED: No right or wrong answer in sending kids back to school, says Cherokee County mom

Classes began on Aug. 3 in Paulding County with the option for students to be taught either at school face-to-face or virtually online. The school district has a list of commonly asked questions on its website that goes over its plans.

"Schools will employ social distancing as it is feasible and practical," the document reads. "While the district will encourage students, teachers and bus drivers to wear masks, in most cases it will not be possible to enforce social distancing in classrooms or on school buses unless it is a class or a bus with fewer students."

"So I felt, as a nurse, that I would not be able to do do my job protecting the children," she said.

Westmoreland said when she saw the posts online about the viral photo, it shocked her.

Credit: AP
In this photo posted on Twitter, students crowd a hallway, Tuesday, Aug. 4, 2020, at North Paulding High School in Dallas, Ga. The 30,000-student suburban Paulding County school district in suburban Atlanta resumed classes Monday with 70% of students returning for in-person classes five days a week, days after the principal at North Paulding announced some members of the football team had tested positive for COVID-19. The district says it is encouraging mask use, but isn't requiring it. (Twitter via AP)

"But at the same time, felt some type of validation for resigning," she said. "I'm glad I took a stand, because I think somebody needs to speak out about that.

"It's such a dangerous situation and I just think you know they need someone who will speak up," she added.

She said since she has spoken out about her resignation, she's received some backlash with some saying she should be there for the children. Westmoreland said it's hurtful because she loved her job and would give anything to be able to help them.

"But I don't think it's safe, and so that's why I needed to take a stand. And everybody's entitled to their to their opinion about it," she said." I'm just grateful for this platform to be able to get the word out so that hopefully somebody does something to help keep things safe and healthy in the learning environment."

RELATED: Students who want virtual learning are forced into in-person school because of waiting list

She said she believes given the current conditions, the safest environment would be virtual learning until things improve.

"But right now, things are not contained, especially here in Georgia," she said. "So, I really truly believe that they should not be allowing children and staff members into into the building."

11Alive reached out to the district on Thursday in an attempt to verify her employment and confirm her resignation. However, we have not received a response back.

There have been other Georgia school districts that have started their fall semesters this week as well, and within days, there have been reports of students who have tested positive for the virus.

Danielle Herman contributed to this report.