Reports of unemployment fraud cases skyrocketed during the pandemic, but where do they stand now?

Fraudsters have taken advantage of the system, skyrocketing the number of fraud claims DES and other agencies have had to weed through. 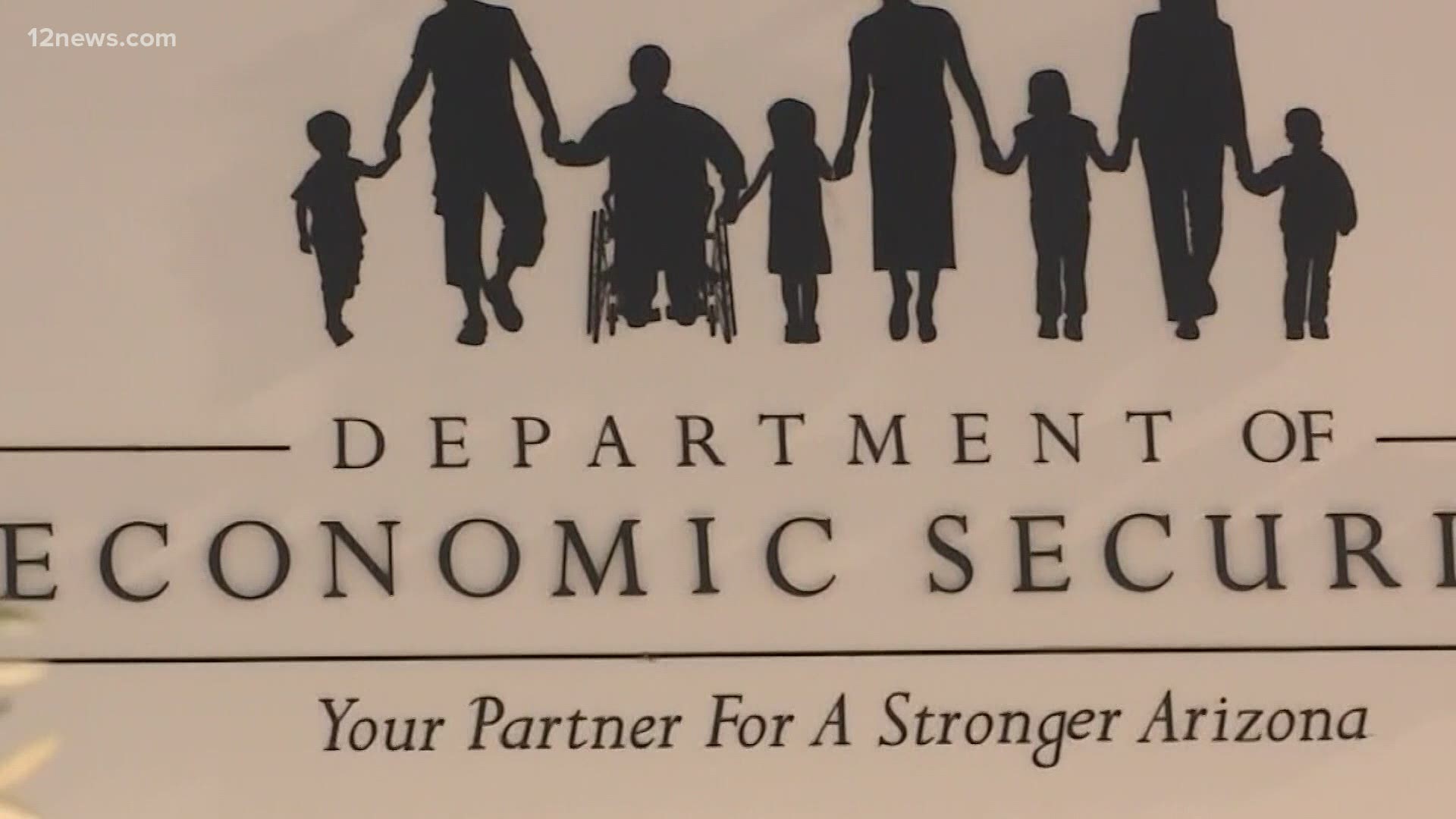 PHOENIX — Since last year, 12 News has been reporting on fraud with state unemployment benefits where fraudsters have taken advantage of the system, skyrocketing the number of fraud claims the Arizona Department of Economic Security and other agencies have had to weed through.

While it’s 11 months later, Tobey Amy still has the prepaid debit card loaded with more than $6,000 from DES that was delivered back in June.

But he and his wife never applied for unemployment.

“Obviously we were both in a job, didn’t know where this was coming from,” Amy said.

The same thing happened to Pauline James’ husband, a card was sent to them with a similar dollar amount, but they own their own company.

“When I called to see what was going on it, they said there were $6,000 on it and of course we never filed for any type of benefits,” James said.

It’s believed it was scammers who used personal information to open up a jobless benefit claim under their name.

Another example of fraud in the system, is back in July 2020, when DES said it recouped $70 million in what’s believed to be fraud from out-of-state accounts.

Both Amy and James say they reported the fraud back in June to the Attorney General’s Office.

The Attorney General’s Office told 12 News 7,715 total complaints were filed with their office, saying 2,819 of those were referred to the FBI/DES Task Force so they could be investigated.

The remaining 4,896 were sent to DES so they could gather information on those complaints.

In a statement to 12 News, DES said they’ve had more than 131,000 cases of fraud reported to them since the pandemic began.

That’s about 11 times the number of monthly fraud claims they usually see.

That led the department to put new measures in place to try and stop people from taking advantage of the system.

While some Arizonans have gotten caught in the new systems waiting on their benefits, the department says the measures, like an identity verification system and partnerships with data analytics companies, have led to the number of initial fraud claims going down.

A part of a statement sent to 12 News reads:

“This work has both reduced the number of fraudulent claims received and allowed us to identify individuals with unique circumstances that need an eligibility disposition on their claim. While there are individuals with unique circumstances whose claims may have been flagged for potential fraud and necessitate closer review, our efforts to combat fraud have allowed us to better identify these individuals and continue processing their claims.”