In a letter obtained by NBC News, migrants say they were forced to clean the facility with inadequate personal protective equipment and were punished if they didn't. 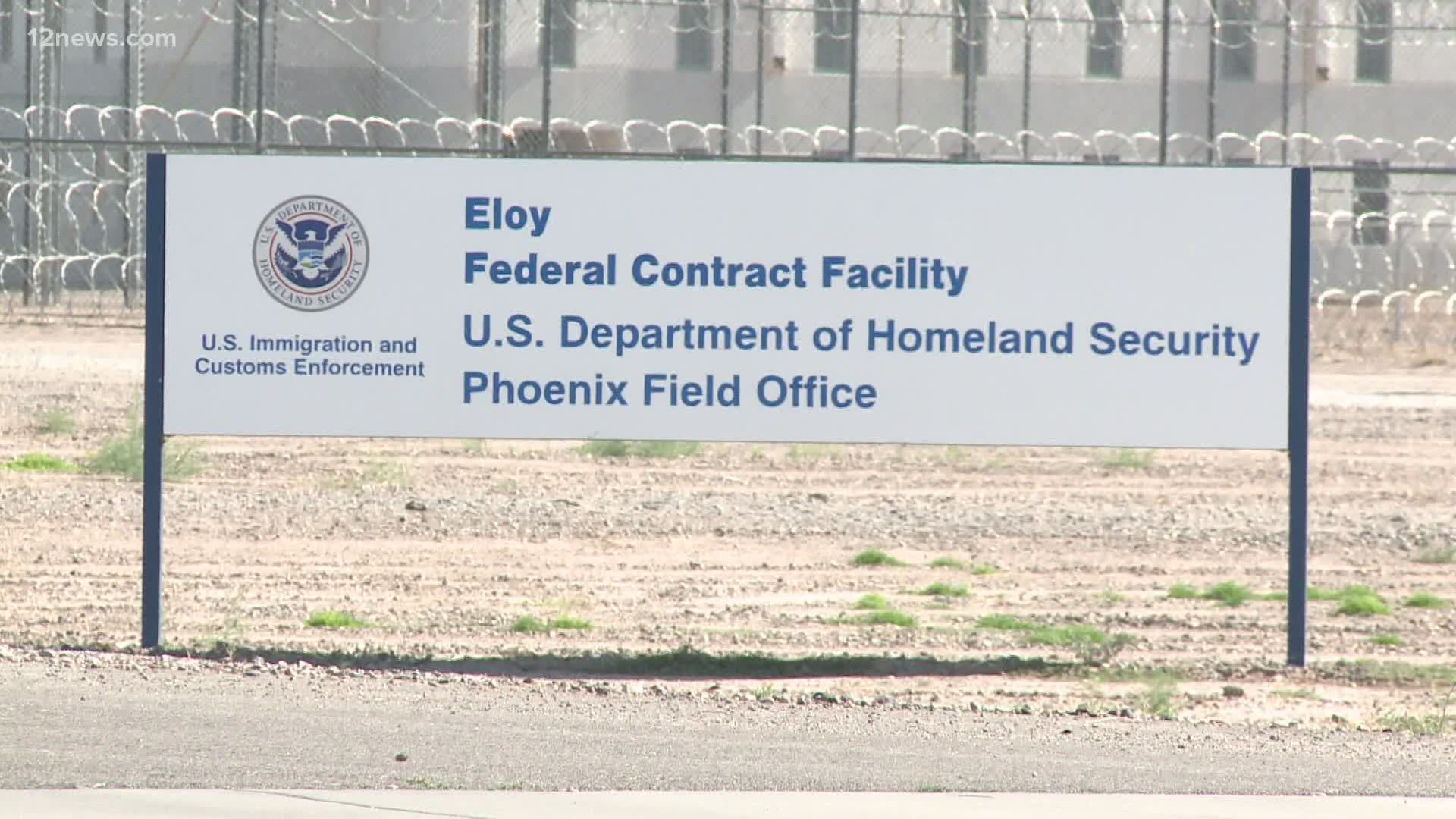 ELOY, Ariz. — Detainees at an Arizona ICE detention center, La Palma Correctional Facility in Eloy, wrote a letter last month alleging harsh conditions during the coronavirus pandemic without proper precautions or personal protective equipment being allocated, according to a report from NBC News.

According to ICE as of June 9, the La Palma Correctional Facility has had 78 positive cases of COVID-19 among detainees, the seventh-most among ICE facilities. Of the 78 confirmed cases, 14 are currently being monitored. The facility is operated for ICE by CoreCivic.

In a translated letter dated May 18, detainees allege that they were forced to work in the kitchen despite "knowing" it was where coronavirus started spreading in the facility. Detainees that voiced concerns were met with verbal threats and indefinite lock-ins in solitary confinement, according to the letter.

According to NBC News, the letter was sent to the Florence Immigrants & Refugees Rights Project, a legal advocacy group that has filed a lawsuit on behalf of migrants in the facility.

The kitchen was shutdown on May 15. Now, detainees are given sandwich boxes that say "eat within four hours" on them, but kitchen staffers have told detainees some of those boxes have been stored for more than 15 days.

The letter says the guards come in and out of the "tanks" and are not wearing personal protective equipment and says detainees were given two disposable masks in January and weren't given new masks until May 12, when they were given two cloth masks.

According to the letter, the facility has eight buildings with 24 "tanks" where detainees are held and 23 of those tanks are in quarantine due to coronavirus infection. Each tank has 120 detainees.

The detainees also described unsanitary conditions, like lockdowns that lasted for three days with no access to showers and say didn't receive basic hygiene supplies on weekends, including toilet paper.

Two migrants said they had to clean the nurses' office, where sick patients were treated. Another migrant said he was asked to clean the feces-covered cell of a mentally ill detainee without gloves.

"This place is a concentration camp in which we can only wait for the worst," the translated letter reads.

Lawyers for 13 migrants, held in both La Palma and nearby Eloy Detention Center, which has 13 positive cases, filed a federal lawsuit Monday, saying the migrants are being unlawfully detained because their asylum hearings have been delayed and asks ICE to release the migrants because of the risk of COVID-19 infection.

The lawsuit was filed by the Arizona-based Florence Project, the American Civil Liberties Union and the law firm Perkins Coie. You can read that lawsuit here.