Protesters to Ducey: Reopen or we will reopen anyway

Some Arizona sheriffs say they will only educate, but not cite or arrest, anyone violating the order. 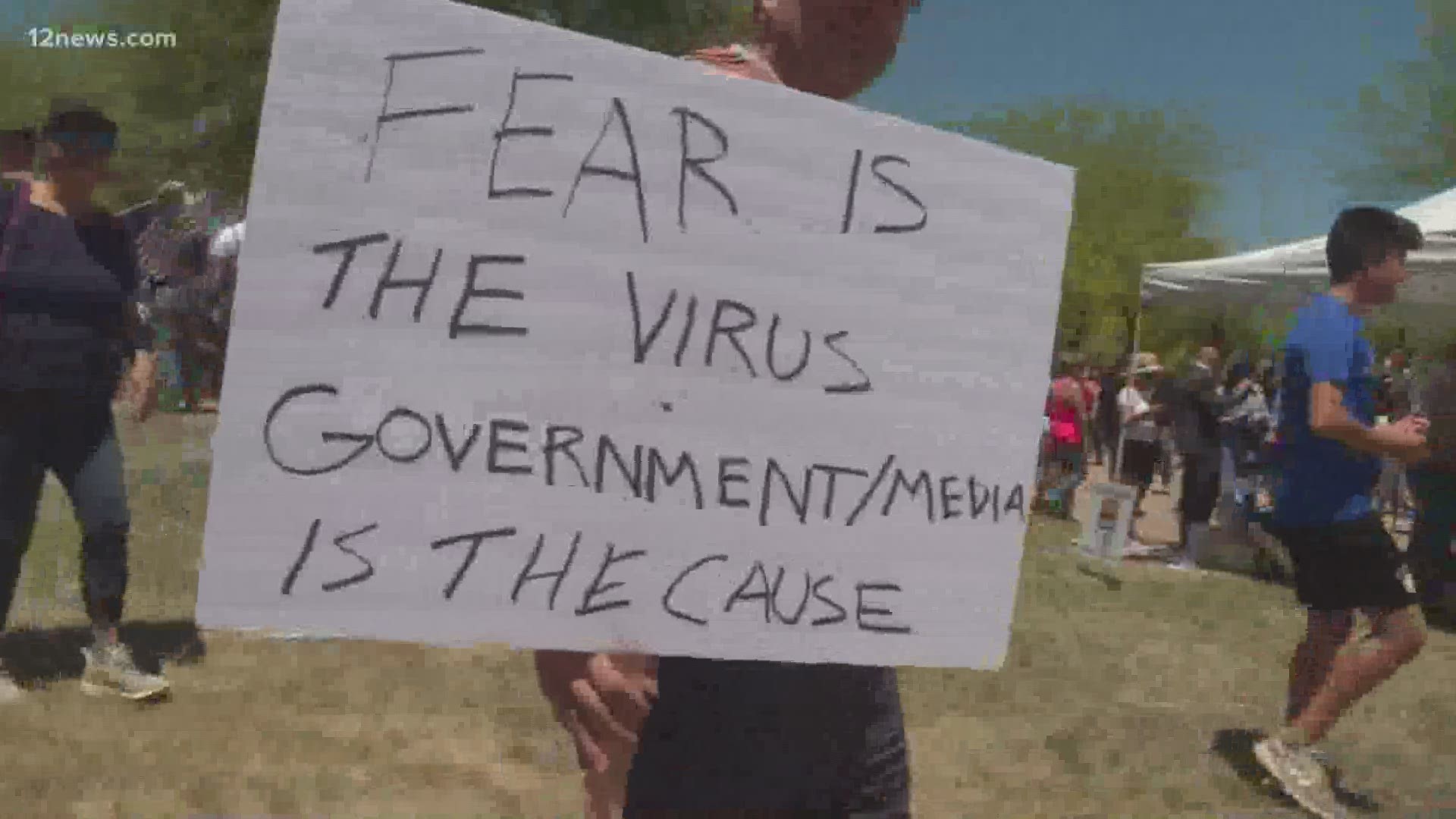 PHOENIX — Another protest was held at the state capitol as businesses and even some sheriffs seem prepared not to follow Governor Ducey’s stay-at-home order.

The governor extended the order last week until May 15, but did provide a plan to reopen some businesses before then.

The protestors, however, want the state re-opened now.

“We are tired of your boot on our neck and we are not going to tolerate it anymore,“ Rep. Kelly Townsend said at the rally.

Around 250 to 400 people packed the plaza outside the capitol building, many trying to find shade to escape the heat.

The protest started with speakers bringing in a fake wooden coffin on a decommissioned fire truck decked out with American flags that served as the platform for the event's speakers.

The event ended with a protest of social distancing, as the organizers asked people to hold hands during the singing of "Amazing Grace"

“Ducey, we are reopening our state and you can’t stop us,” Jeremy Wood, an organizer with Great 48! said. "We believe the governor has overreached our civil and constitutional rights."

Many of those protesting were doing so on economic grounds and claiming the order infringed on constitutional rights.

“Let us go back to work. Let us go back to our lives. Let people make their own decisions and let us be free,” Mark Byrum said. "I don’t know how much freedom we should give up for security. I think that should be zero"

Carl Johnson said he attended because his hours have been cut to the point he is struggling to pay his bills.

"When I get my paycheck come in, I say 'what bill do I pay off' and 'which one do I put off for two weeks',” Carl Johnson said.

All over the state, some are starting to rebel against the governor’s order.

A restaurant in Wickenberg opened in violation of the order.

Some sheriffs have gone on the record saying that they will not cite or arrest anyone for violating the order.

Other protestors were out on the plaza because they said they don’t believe the reported state numbers when it comes to COVID- 19 cases and deaths.

During her time speaking, Rep. Kelly Townsend asked the crowd whether they would believe any case, death, or testing numbers the state releases. Their answer was "no."