President Donald Trump is visiting a Phoenix mask plant Tuesday. Will he wear one?

Rare road trip during pandemic will take him to a Honeywell factory ramping up production. But don't expect a Trump rally. 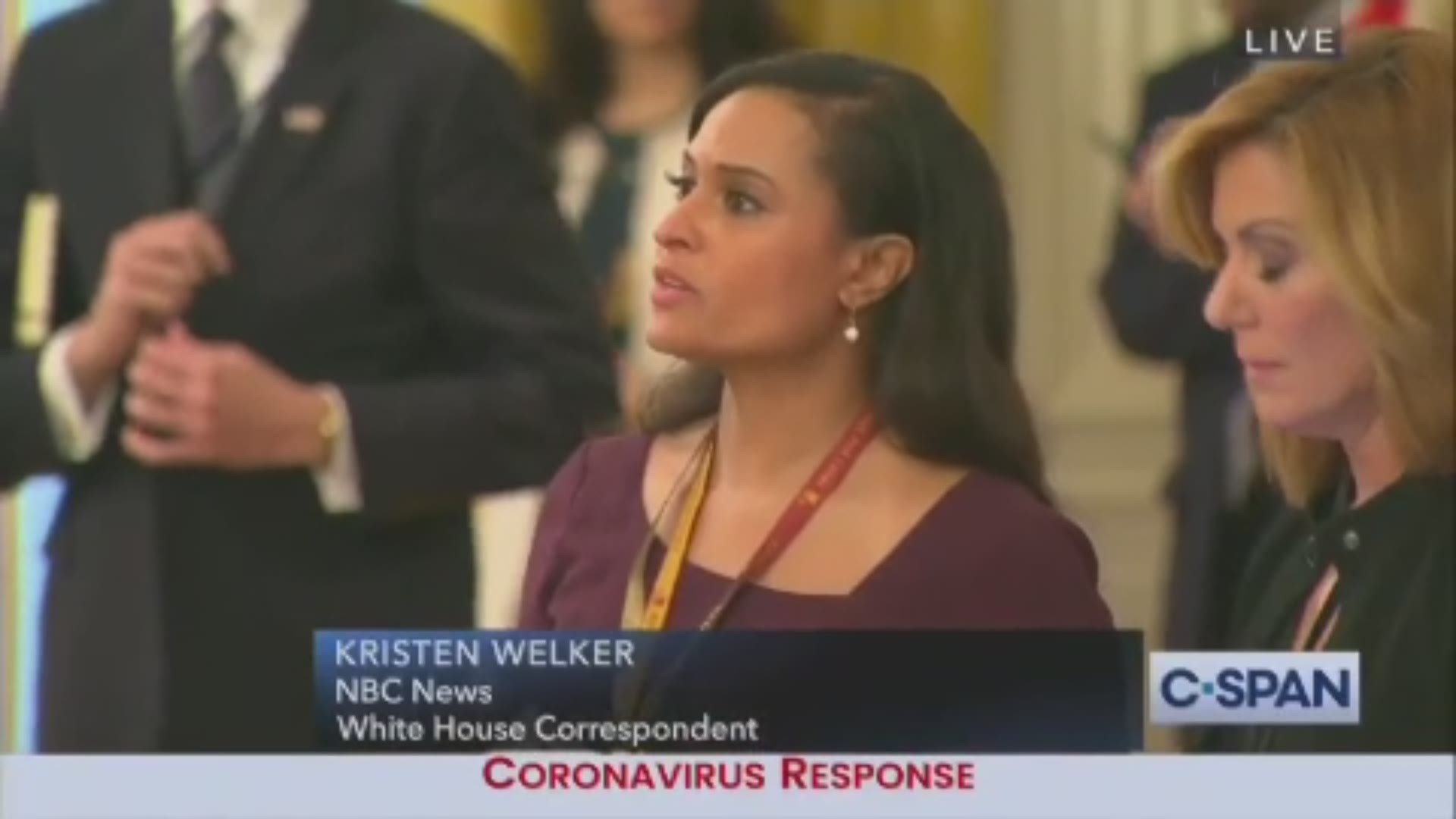 President Donald Trump is heading to a Phoenix factory that’s making masks to protect our health care workers. Will the president wear one?

The plant is ramping up an assembly line to produce millions of N-95 respiratory masks for first responders and healthcare providers.

Last week, Vice President Mike Pence was criticized for going maskless on a tour of a Mayo Clinic facility where visitors are required to wear masks.

Trump told reporters last Thursday he had “no problem” wearing a mask.

“I have no problem wearing a mask. I’m supposed to make a speech. I just don’t know, should I speak in a mask? You’re going to have to tell me if that’s politically correct. I don’t know. If it is, I’ll speak in a mask.”

Honeywell has taken extensive steps in its plants to protect workers from coronavirus infections.

Trump’s visit to the Honeywell plant comes as half the employees will be on the second of two weeklong, unpaid furloughs scheduled for April and May, 12 News has learned.

Spokesman Adam Kress said, “We are taking proactive steps to preserve jobs … We do not take these actions lightly because we know they will impact our valued employees.”

Honeywell plants in Phoenix and Rhode Island are making 20 million N-95 masks for the National Strategic Stockpile. The masks are a vital piece of personal protective equipment for healthcare workers and first responders.

Arizona Gov. Doug Ducey announced last month that the state has agreed to buy 6 million Honeywell masks for the Department of Health Services over the next 12 months, for distribution statewide.

Honeywell says it’s ”on track” to hire 500 people in Phoenix for mask production. “Many folks have already been hired,” Kress said.

According to job postings, these are assembly jobs requiring a high school diploma or GED.

Rode a High on Last Visit

The president last visited Phoenix in mid-February for a raucous rally at a packed Veterans Memorial Coliseum.

Trump was riding a high: The economy was strong, the Democratic presidential race was unsettled, and his Senate impeachment trial had ended two weeks earlier in acquittal.

During a televised interview the day of the rally, Trump expressed little concern about the coronavirus and complimented China’s president for his handling of the outbreak.

This weekend, the coliseum site at the Arizona State Fairgrounds is hosting a “testing blitz” to detect coronavirus cases. As of Saturday, Arizona had 8,364 confirmed COVID-19 cases and 348 deaths.

Under Gov. Ducey’s executive order banning mass gatherings, there won’t be a Trump rally this time around.

Why Arizona Matters to Trump

Having Ducey by his side Tuesday might help the president.

Ducey’s approval rating on handling the pandemic is 15 points higher than Trump’s.

The Trump campaign "is nervous about Arizona but it’s been a good place for him," "Meet the Press" moderator Chuck Todd said in an interview. "Some of his best moments, in his head, some of his marquee moments have taken place at rallies in Arizona." 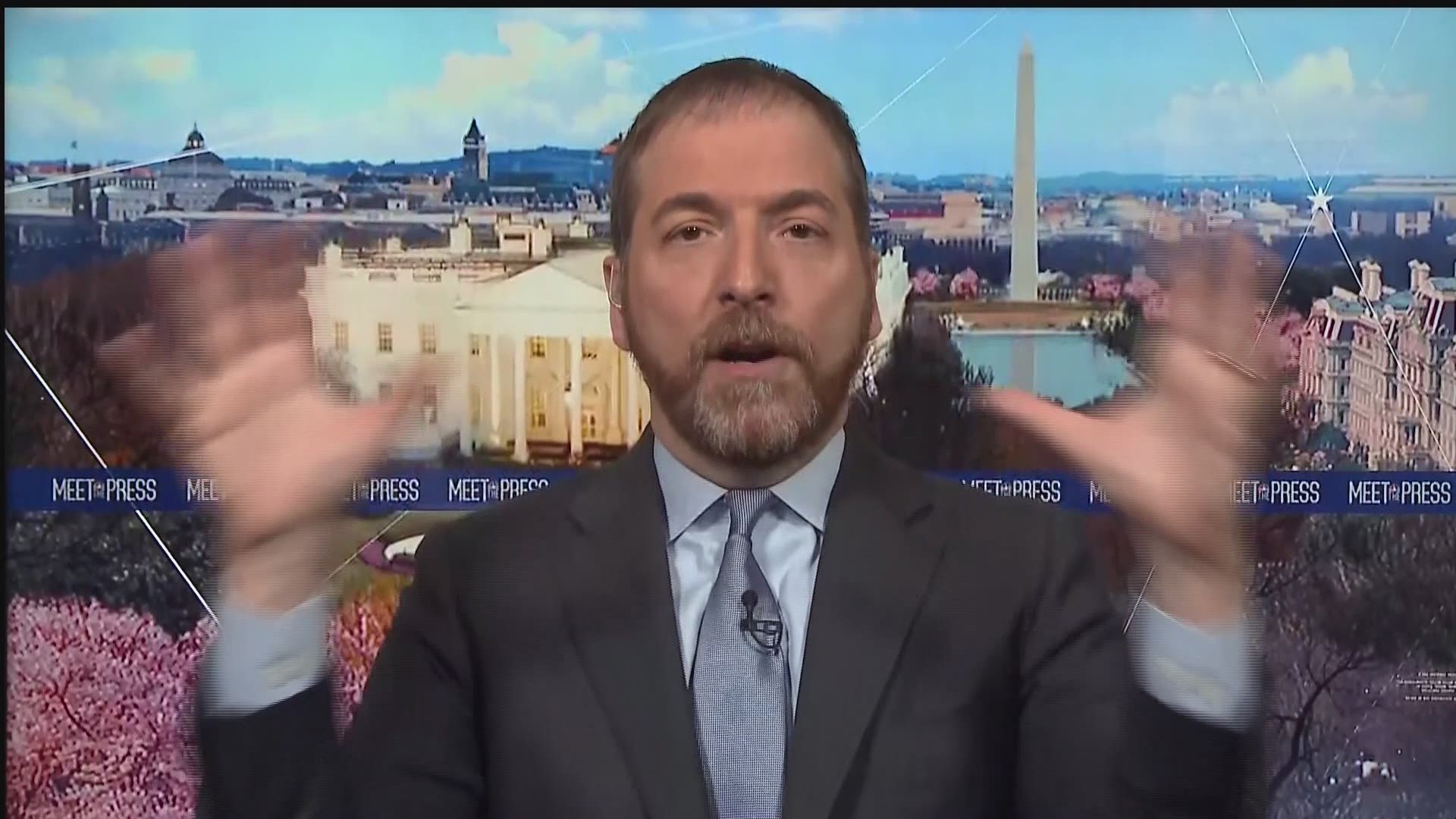 Trump has visited the state a dozen times in the last five years.

“He is anxious to turn the page on the health pandemic and get back to focusing on the economy," Todd said.

"He wants to start to be active, start to travel, start to send a message that it’s OK to get this economy going.”

That could cause some friction with Ducey, who's come under fire from the Republican base for moving too slowly to reopen the economy.

One activist has filed a long-shot petition to recall the second-term Republican governor. A state lawmaker has called for a repeal of Ducey's March emergency declaration.

On Wednesday, Ducey extended his stay-at-home order until March 15.

But he allowed retailers to reopen starting Monday, with extensive guidelines for guarding against coronavirus infections.