District will require 32,000 students and staff to wear masks when classes resume Monday. Governor says mandate 'isn't allowed,' but he's not trying to block it 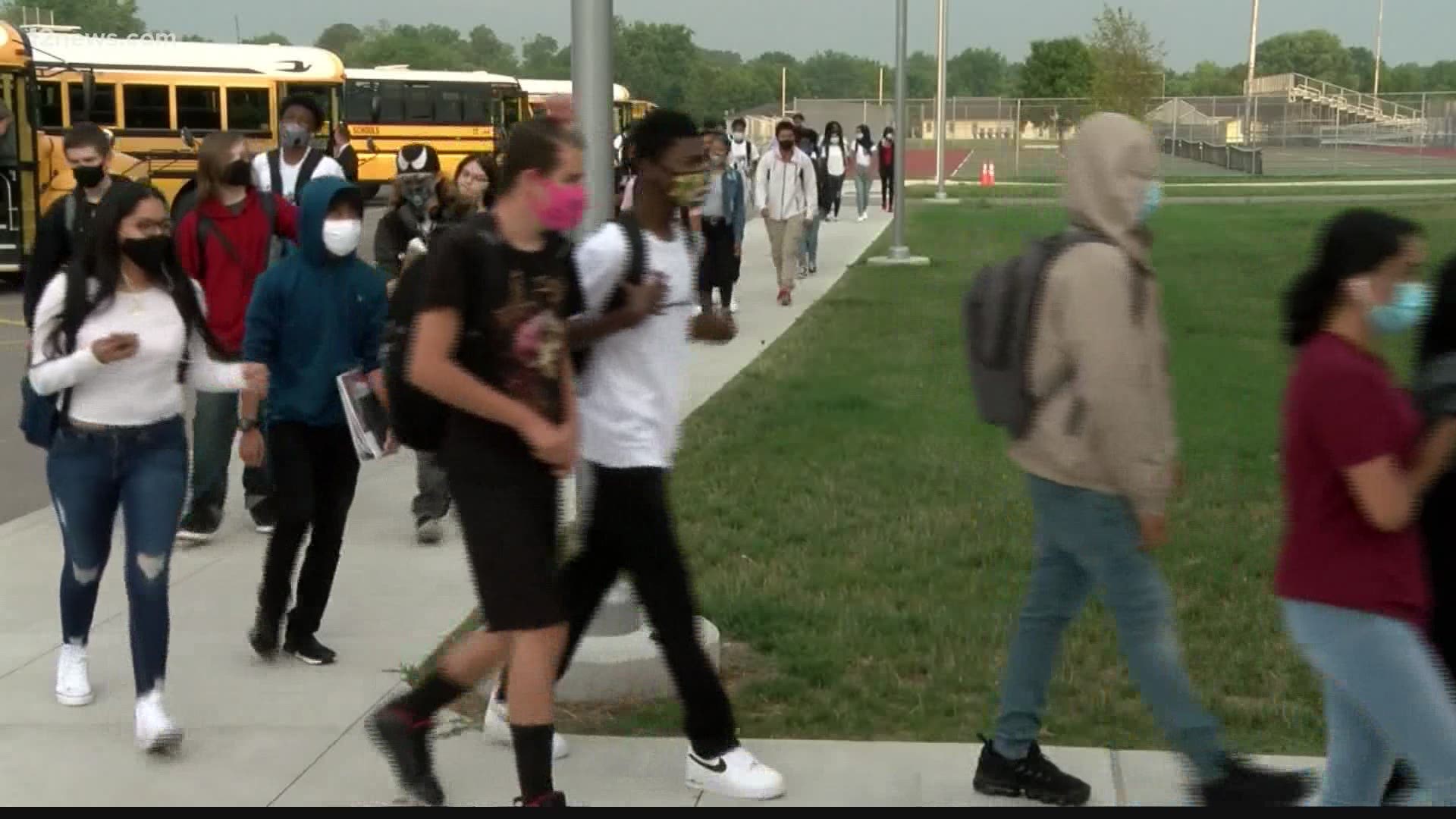 PHOENIX — The Phoenix Union High School District, one of the largest school districts in Arizona, announced Friday that it would require all students and staff to wear masks when students return to school Monday after the summer break.

The mask mandate makes Phoenix Union the first district in the state to defy a ban on mandates enacted by the Legislature last month. The ban doesn't take effect until the end of September, giving school districts and charter schools a two-month window to adopt mask mandates.

"Phoenix Union has made it very clear that we want to bring back in-person learning. and when we come back, we want to stay back," Superintendent Chad Gestson said during a virtual news conference.

"Without the vaccine and without the masks, we have taken away the two most important mitigation strategies," he said.

"We are institutions that teach science and trust science, and from time to time are forced to make a decision that maybe conflicts with state law or a state mandate or an executive order, in order to follow science and medical guidelines."

The district's decision is in line with the American Academy of Pediatrics' and the Centers for Disease Control's recommendations that students and teachers wear masks in the classroom whether or not they're vaccinated.

The Arizona Department of Health Services on Friday reported the highest number of new COVID-19 cases in four months. Public health experts link the surges to the highly contagious delta variant of the virus.

'Decision has no teeth'

A spokesman for Gov. Doug Ducey, a fierce opponent of any COVID-related mandates, issued a statement that declared the district was breaking the law:

“Gov. Ducey believes the decision by Phoenix Union requiring masks has no teeth. It's not allowed under Arizona law. It's unenforceable.

Arizona is not anti-mask, we’re anti-mask mandate. As the governor has often said, mask usage is up to parents.

School administrators should be doing everything they can to encourage eligible students and staff to get vaccinated, not break state law."

But Ducey didn't indicate that he would try to block the district's mandate.

Gestson told reporters that the governor was aware of the district's decision before it was made public. But Gestson dodged questions about the legality of the decision.

"My job as superintendent is to bring back our staff and students safely," he said. "General counsel here at Phoenix Union can handle the legal side."

Gestson added, "If a legal battle ensues, we'll be fully prepared to handle that."

The mask mandate and other COVID-related measures are expected to come up when the Phoenix Union Governing Board holds its first meeting of the school year, at 6 p.m. Thursday.

RELATED: The American Academy of Pediatrics recommends masks in schools, but Arizona schools are barred from mask requirements

The law banning mask mandates was stuffed into a budget-related bill in June. A group of Republican lawmakers had objected to letting school districts and charter schools retain the power to impose COVID-related restrictions.

Laws take effect 90 days after a legislative session ends. This year, that date is Sept. 29, two months away.

The mandate ban, however, was made retroactive to June 30. That has created some confusion about when the law took effect.

Attorneys with experience in legislative matters confirmed that despite the "retroactive date," the law takes effect in two months.

That creates a window for Phoenix Union and other districts to require masks on campus.

A Republican supporter of the ban admitted as much in a tweet.

State Sen. Michelle Ugenti-Rita of Scottsdale said: "It's unconscionable that Phoenix Union thinks they are above the law. I predict many lawsuits from angry parents if Phoenix Union continues to pursue their mask mandate after 9/29."

The legislature’s ban on mask mandates in schools will become law on September 29th. It’s unconscionable that @PhoenixUnion thinks they are above the law. I predict many lawsuits from angry parents if @PhoenixUnion continues to pursue their mask mandate after 9/29. https://t.co/zu5AVQSKv8

Republican State Sen. Kelly Townsend of Mesa, another supporter of the state ban, said, "It is clear we still have an issue with rogue school boards when it comes to forcing masks."

Townsend said she was seeking a legal opinion on the law's effective date from Attorney General Mark Brnovich and legislative lawyers.

"I encourage all parents to exercise their statutory authority ... to make medical and educational choices for their child," Townsend said.

Watch videos featuring the latest news about COVID-19, including doctor responses to questions about the coronavirus on our 12 News YouTube playlist here.