New cases in Arizona are falling but deaths are climbing as the state continues to outpace current vaccine supply. 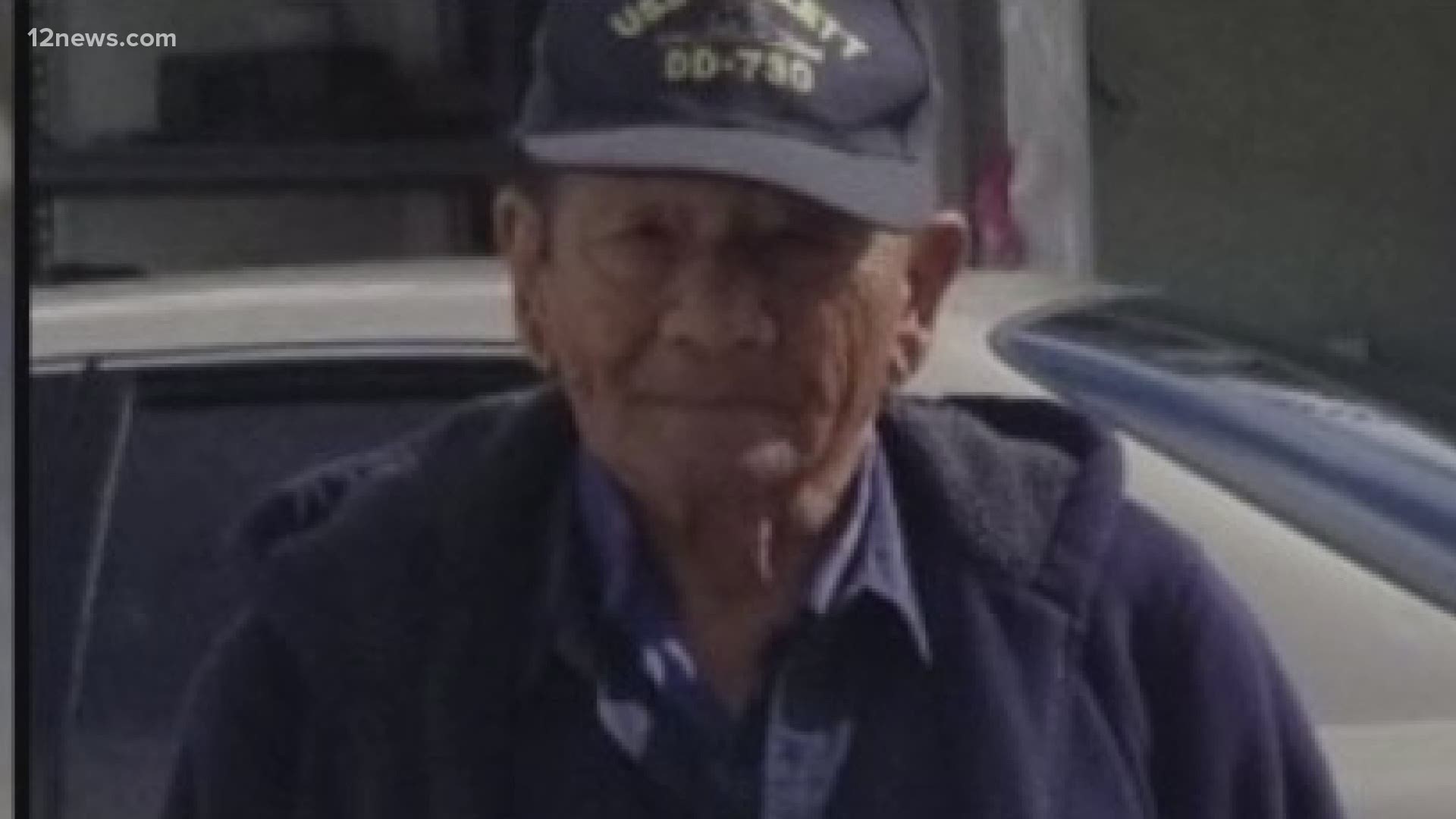 His family called him "Lil Joe" but the 91-year-old Korean War veteran was a giant in how he cared for his adopted grandson and community.

“My grandfather would have given the shirt off his back, given his shoes to someone and walked home barefoot,” said Erik Sanchez from his hospital bed as he recovered from a back injury.

Joe Bautista lost his battle to Covid-19 earlier this month, within a week of his brother who passed away in California. His family says he always had a heart full of kindness and a door open for whoever needed it.

“It kills me to know that he was able to be with very much family before he passed,” said Erik.

The family set up a GoFundMe account to help with funeral expenses.

As deaths rise, new Covid-19 cases are falling and so is testing

The state continues to see new cases drop after the new year. The Arizona Department of Health Services (ADHS) is coordinating with local health departments to immediately allocate $100 million in federal funding for staffing, laboratory testing, informatics, disease surveillance, and other activities critical to combating COVID-19.

A full list of amounts by county is available below:

“It’s important that people get tested if they’ve had a known exposure,” said Dr. Andrew Carroll. "A lot of what we are seeing right now are people who were going to get sick through the holidays are either recovering, are in the hospital or unfortunately dying from the illness."

ADHS Director Dr. Cara Christ maintains testing is an effective way of combatting the virus along with the Pfizer and Moderna vaccines.

Around 89,000 doses of the Moderna vaccine were delayed because of the winter weather affecting most of the country. “We are thinking they are going to arrive next week about the same time as potentially next week's doses,” said Dr. Christ. Some rural Arizona counties that rely on the Moderna vaccine because it's easier to store have had to postpone appointments due to the delays.

Arizona has enough Pfizer vaccine to maintain state-run sites, Maricopa County will shut down their southeast and southwest vaccine sites later this month

Contracts with Dignity Health and Honor Health are expiring on February 28 and March 6. According to Maricopa County officials, the sites were initially designed to vaccinate first responders. Going forward the county will send doses to schools, long-term care facilities along with community events targeting rural areas to bridge vaccine equity.

Last week, one million doses of the Moderna vaccine were delivered throughout retail pharmacies across the U.S. In Arizona, Fry's, Albertsons, Walgreens and Safeway received shipments according to Dr. Christ. "CVS starting next week will have doses of Pfizer available at very select stores."

Dr. Christ could not confirm which stores but said the state will update its find vaccine tracker.

Remembering the Arizonans we lost to COVID

More than 15,000 people in Arizona have died from COVID-19. Here’s a look back at a few of the Arizonans we lost to the coronavirus.