Phoenix family living out of car as coronavirus stifles economy

"My kids deserve the world and it’s not the kind of world I want to be giving them.” 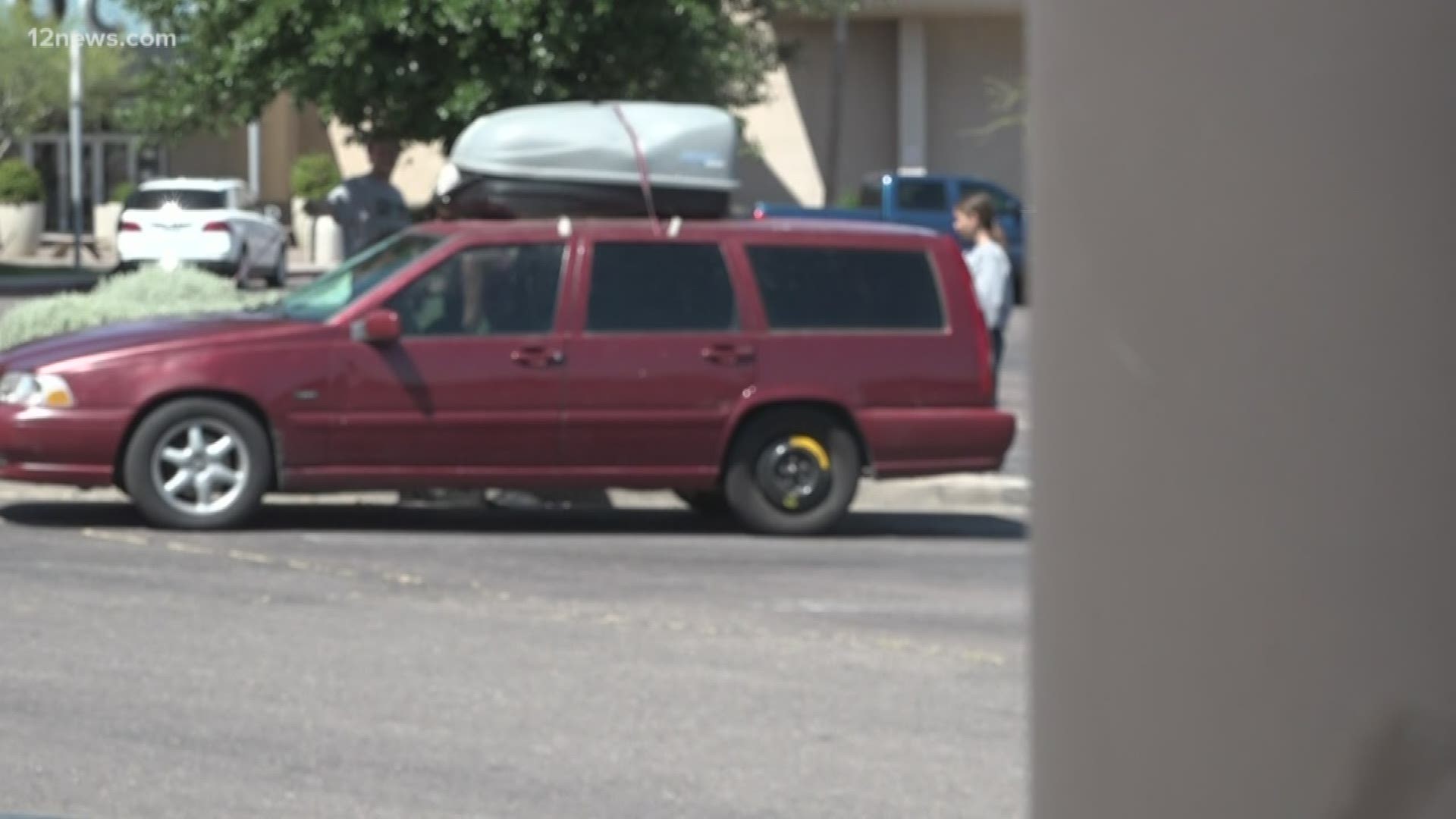 PHOENIX — More than 470,000 Arizonans have filed for unemployment claim in the past six weeks, according to the Arizona Department of Economic Security.

Amy Whelpley is one of many who have lost their job as the novel coronavirus stifles the state's economy.

For almost two months, the mother of three and her two dogs have lived out of the family's 1998 burgundy station wagon after Whelpley lost her job.

Everything they own is now confined to a broken carrier and the front and back seats.

"We’ve never lived in a car," Whelpley said. "We’ve never had this situation. We live paycheck-to-paycheck but we live OK."

According to the Arizona Office of Economic Opportunity, women are bearing the brunt of job losses since March. Female workers represent 57% of all new claims. Women represent 48% of the workforce.

Another challenge for Whelpley is she is still waiting for her tax return and stimulus check.

"I can't get through to the IRS and keep hitting dead ends with programs around here," Whelpley said.

Whelpley says she has reached out to the Family Housing Hub with Maricopa County but was told her family would be split up and there is no room for her two dogs.

However, there is some hope for Whelpley and her family.

Last Tuesday, Phoenix City Council voted unanimously to spend $27 million of CARE funding to help get the homeless off the streets and announced they will start moving people into hotel rooms.

“Our goal continues to be to end homelessness and so you have to understand what challenges each and each person is facing,” Phoenix Mayor Kate Gallego said.

The city is working with service providers and Maricopa County to expand emergency shelters and rapid rehousing for 200 families.

“It has programs for families, single women, single men and our youth,” the mayor says.

The city says there are currently 2,380 unsheltered homeless individuals in Phoenix, which has increased 18% since last year.

Several stakeholders have taken action during the pandemic to help unsheltered people.

The city is allocating $3,556,000 for vulnerable and at-risk individuals (seniors) including moving 100 individuals to an emergency shelter in the form of a hotel.

"Some communities have commandeered facilities," Gallego said. "Our program in the City of Phoenix is a voluntary program, so the hotels are interested in working with us and want to be a part of supporting our most vulnerable residents.

The city is currently looking at a hotel around the airport area.

Gallego says the city’s ultimate goal is to end homelessness and that this major step is the start of achieving that beyond the pandemic.

Here's the breakdown of CARE funding: