It wasn't the birthday blow-out he deserves, but his family and friends celebrated via video chat as people across the country sent video greetings. 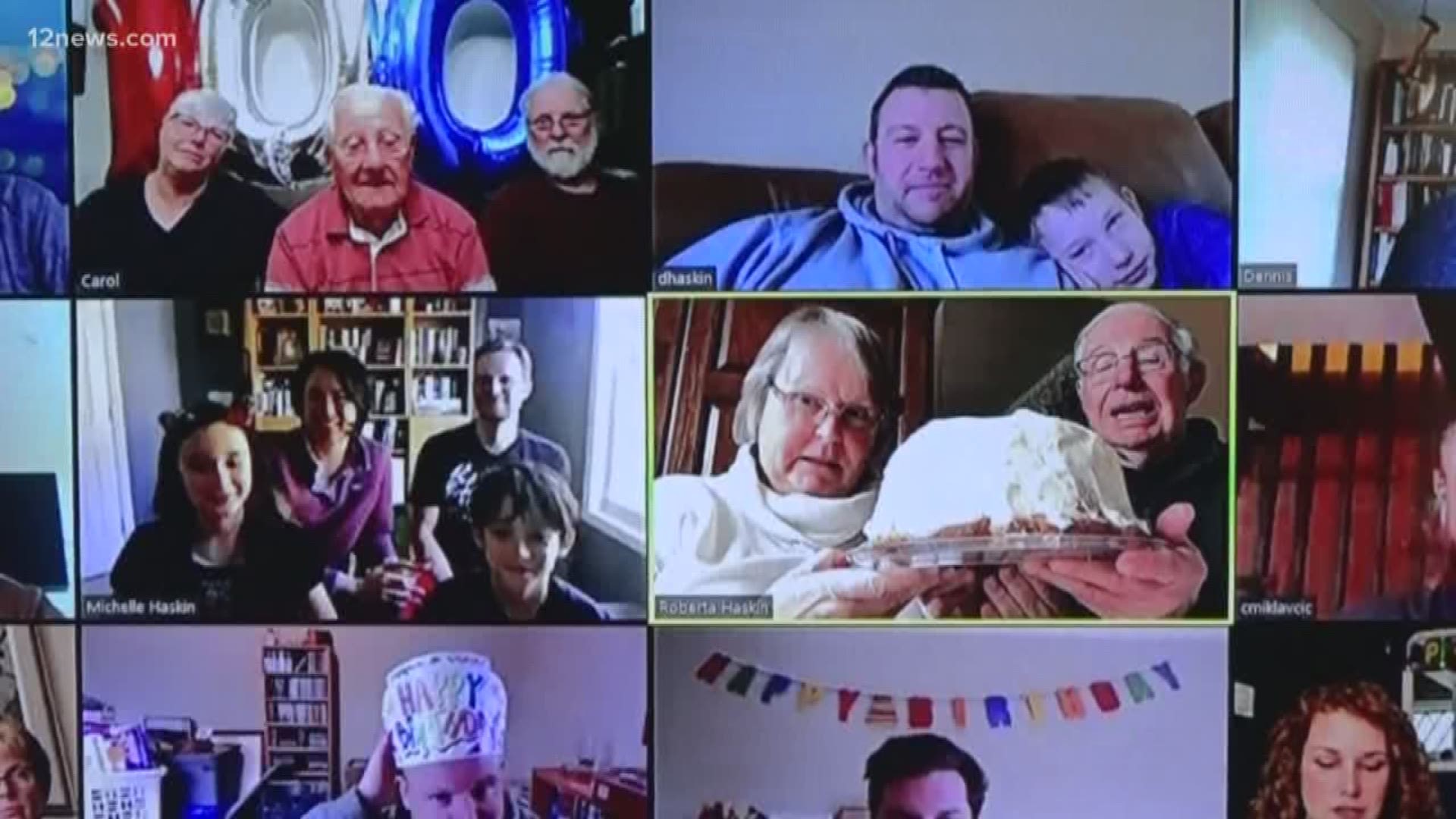 PHOENIX — Ed Miklavcic has survived Pearl Harbor, he has lived to 100 and he knows he will make it through the coronavirus.

But there is one thing Miklavcic was not able to do: He couldn't celebrate his 100th birthday in person with his friends and family.

Miklavcic is one of a small number of survivors of the Pearl Harbor attacks.

He was based at Wheeler Field in Hawaii when the Japanese began bombing the airfield. Miklavcic managed to survive the bombing and the rest of the war in the Pacific.

Miklavcic went on to marry, have four children and eventually retire to Arizona, where, even at 100 years old, he golfs a few times a week.

Miklavcic's 100th birthday party was scheduled for Thursday, celebrating with friends and family.

They'd all bought airline tickets, booked hotels, made a reservation for 20 to 30 people at a local Italian restaurant – and then the coronavirus hit.

Now the reservation has been canceled, with his friends and family across the country under quarantine or sheltering at home.

Only Miklavcic's daughter, Carol, managed to make it to Arizona before things got really bad.

So Miklavcic had a smaller, more subdued party, this time over Zoom. He video chatted with his children and a few friends.

But 12 News wants to make his birthday as special as it can be. So we got video greetings for him from across the nation.

After all, as Miklavcic's neighbor said, "You only survive Pearl Harbor once, and you only turn 100 once."