Rick Kelsey is overseeing a soccer tournament in the East Valley known as Harvest Cup. Roughly 400 teams were participating. 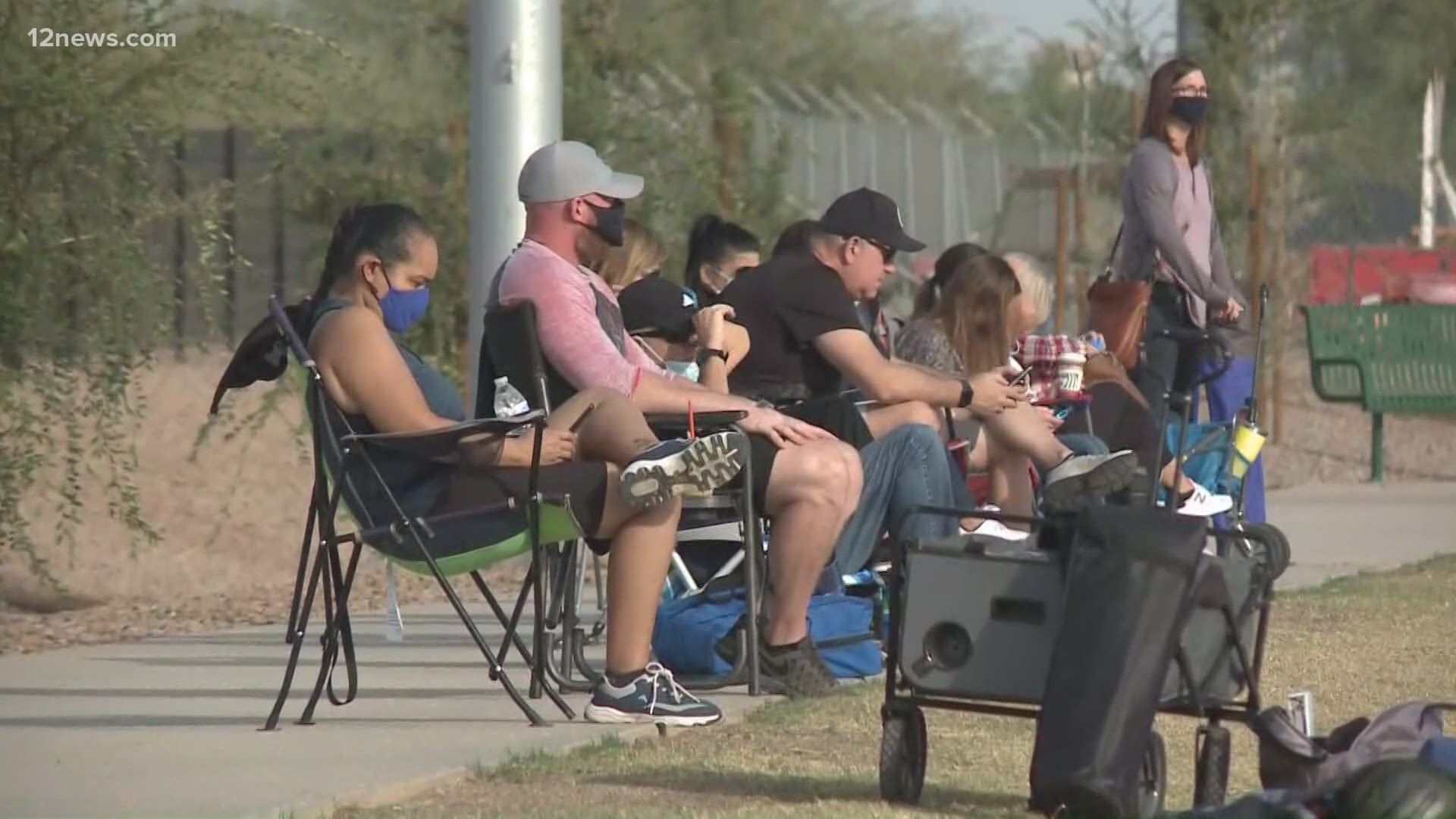 PHOENIX — Youth sports in the Valley continue to move forward as the COVID-19 pandemic persists.

This, despite some officials calling for statewide mask mandates and many wondering whether we are on the precipice of partial shutdown for a second time.

It begs the question: why play on?

Rick Kelsey, CEO of the Arizona Soccer Association, said, “One of the things that has to be recognized is, so much is being taken away. And this gives a lot of the kids normality.”

Kelsey is overseeing a soccer tournament in the East Valley known as Harvest Cup. Roughly 400 teams are participating.

While it is business as usual on the field, there are sideline protocols in place to help prevent the spread of COVID-19.

“So with those protocols, we require masking, we require social distancing as appropriate," Kelsey said.

Field monitors are in place to enforce these guidelines. Plus, positive cases must be reported via required surveys.

"Because of our player surveys, we’re identified of those, and then we basically shut them down. You have to quarantine and isolate till you have a negative test or come back after 14 days," said Chris Meador, a coach and parent.

According to this parent-coach, this strategy prevents positive tests from removing the positive impacts athletics have on our youth when they are particularly vulnerable.

“Not even to be able to see family members, things like that, it’s tough. So this is a good outlet for them to kind of at least be able to get...their mental health fixed," Meador said.

That’s why they play on, for now.