Dozens of older customers grabbed a bite to eat at Fat Willy's Family Sports Grill in Mesa, many without masks or social distancing. 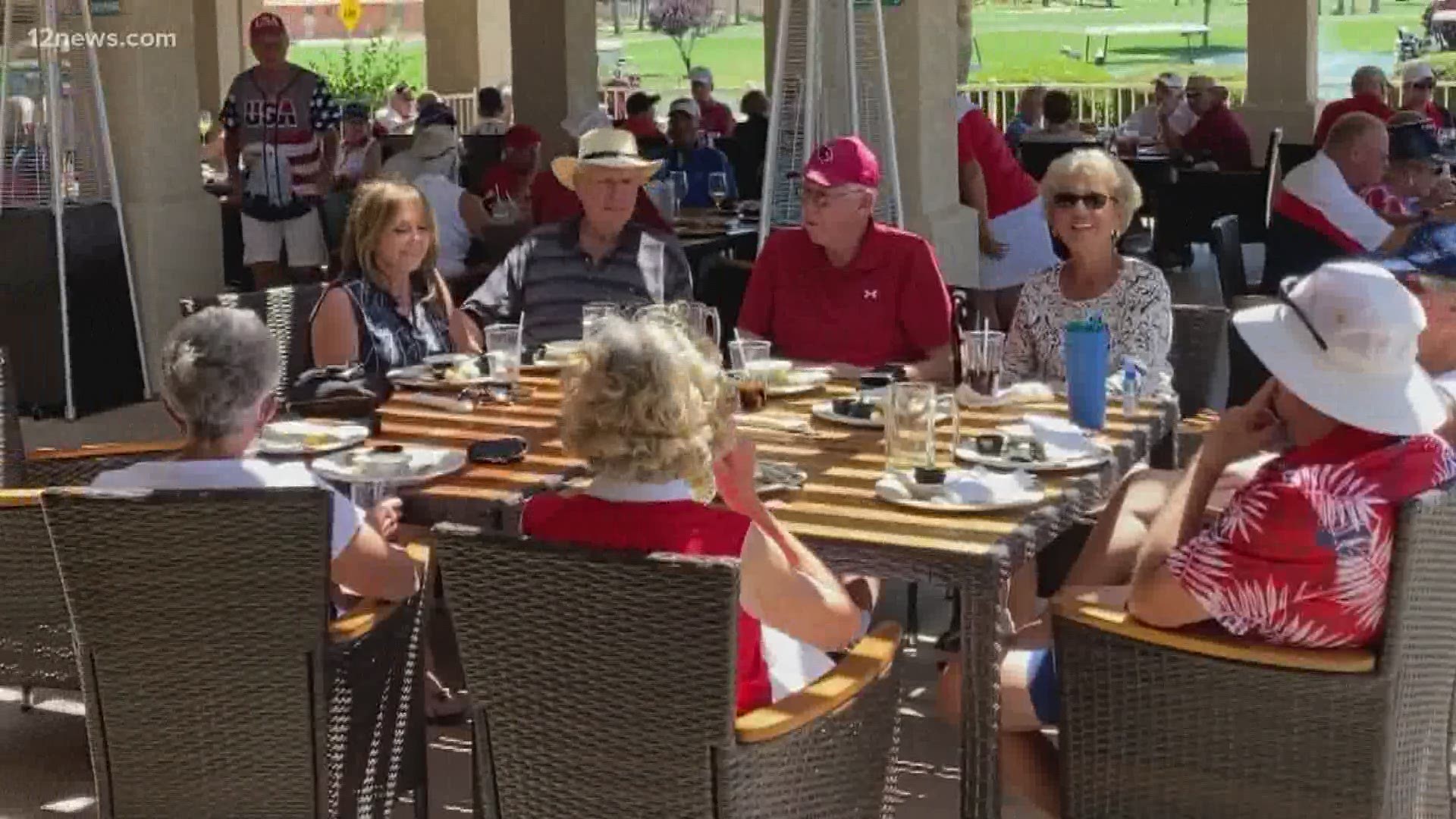 MESA, Ariz. — The nation mourned fallen veterans and remembered their sacrifice on Monday, but many are having to change the way we recognize the holiday.

Residents in the Sunland Village East 55-and-older community came together to play in a golf tournament to celebrate, but it was when they sat down for lunch that gave an anonymous neighbor concern.

Dozens of people grabbed a bite to eat at Fat Willy's Family Sports Grill. Many of them appeared not to be wearing masks or adhering to social distance guidelines.

The grill's manager, Brittney Kafcas, spoke to 12 News but would not go on camera.

She says it's up to her staff if they want to wear a mask or protective gear and that outside tables seat no more than 10 customers and are six feet apart.

According to the Arizona Department of Public Health, there are 90 confirmed positive COVID-19 cases within the 85209 ZIP code.

The virus has disproportionately impacted people ages 55 and older with 5,884 positive cases and 727 deaths across the state.

"At least the tables were reasonably far apart. They are in one room, but there's a lot of people at each table," said Dr. Will Humble, director of the Arizona Public Health Association.

Humble says the number of people could be problematic, but with an older community, many of the customers could be self-isolating together, which could reduce the chances of them contracting the virus.

He says even though there are a high number of cases in the Sunland Village ZIP code, those numbers could be from an assisted living facility or skilled nursing home in the area with a large number of positive COVID-19 cases.

MORE: Nursing homes should be virus-free for 28 days before opening, feds warn 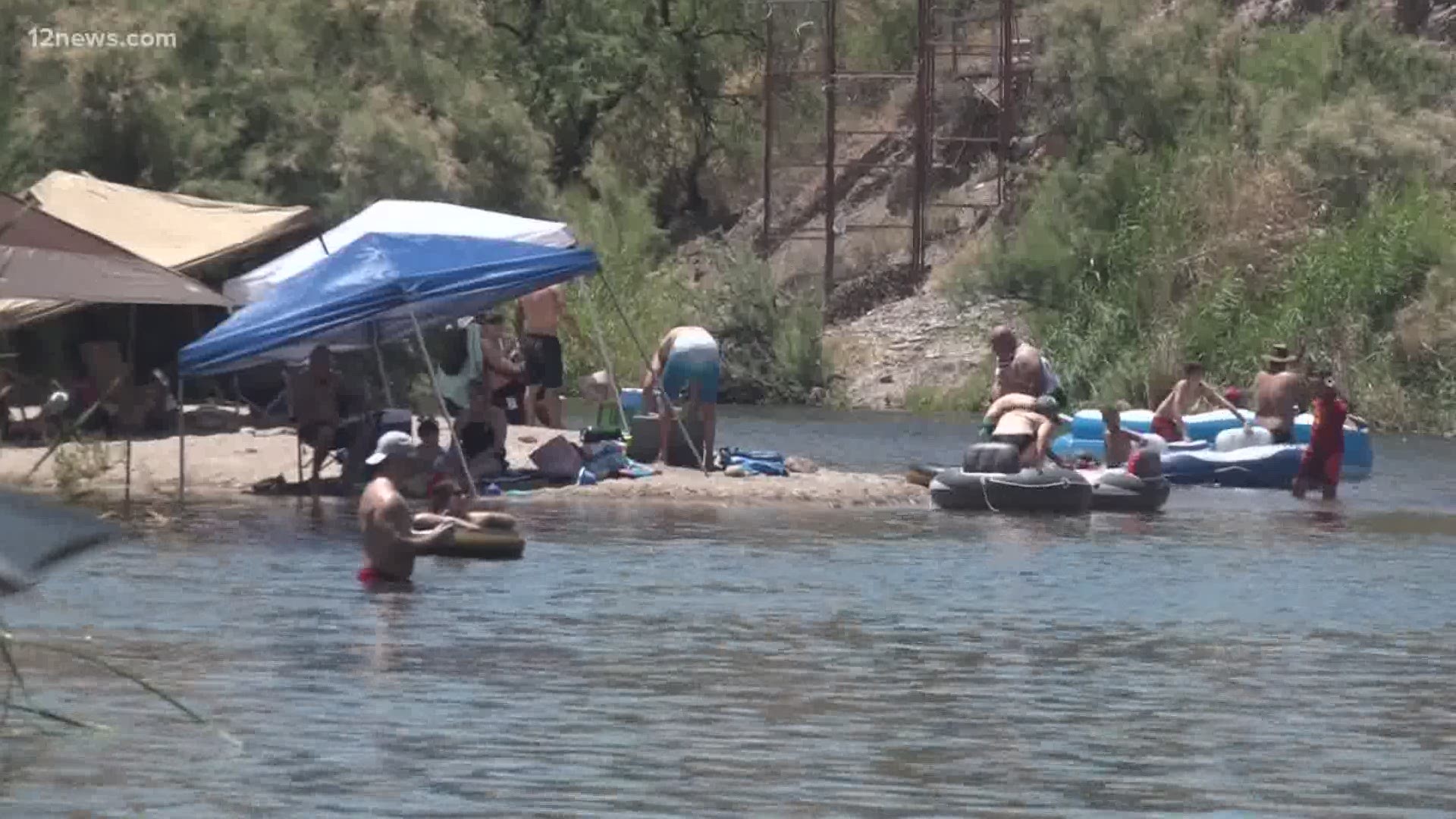