Listen as Irit Stark lights up her father's day during his two-week quarantine. 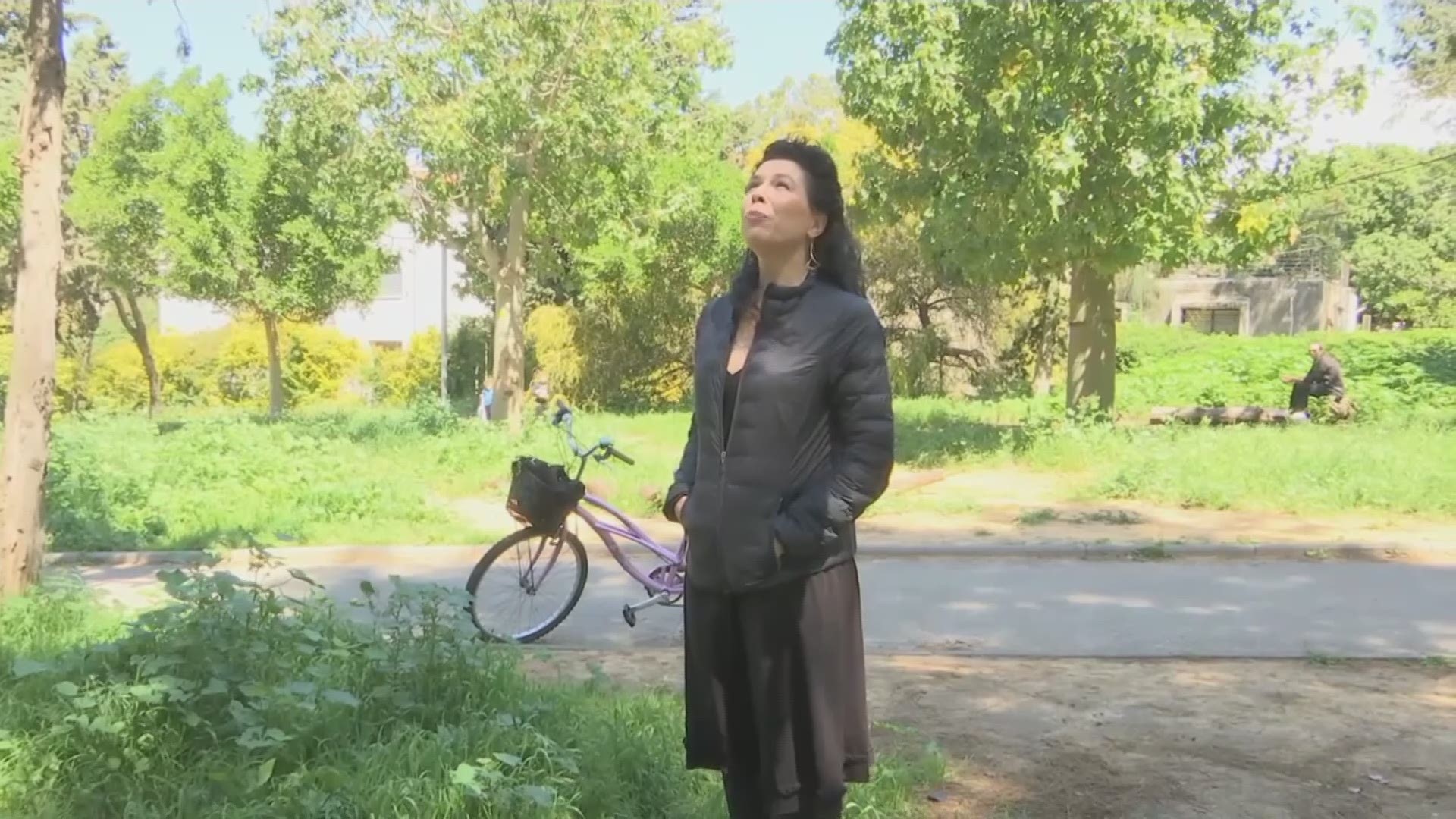 An Israeli opera singer brought comfort to her quarantined father on Sunday by serenading him outside his apartment in Tel Aviv.

Irit Stark sang an improvised performance of Habanera from Bizet's Carmen while her father looked on from his second-story balcony.

"I was driving by with my son on the bicycle, and then I said to him, 'Let's say hello to grandma and grandpa who are in quarantine.' And then I said, 'Why don't we just sing a serenade to them just like grandpa sang to grandma when they were young,'" Irit said. "And then, of course he needed some persuasion, because he always shouts when I sing but eventually he allowed it, and then I just sang, that was it."

The performance delighted her father and brought some neighbors to tears. Michael has been in coronavirus-related isolation since returning from a trip to Europe.

"It's absolutely refreshing, You know, being at home alone for 14 days is extremely difficult, and knowing that next morning your daughter will come and sing for you makes my day," Michael Stark said.

Israel is facing a growing threat from the coronavirus pandemic with more than 1,200 confirmed cases, according to Johns Hopkins University.

For most people, the new coronavirus causes only mild or moderate symptoms. For some, it can cause more severe illness, especially in older adults and people with existing health problems.

RELATED: Nyle DiMarco thinks he had COVID-19, skipped getting test so others could have access