Nonprofits seek to serve, juggle uncertainties in the 'new normal'

Helping those in need does not stop in a pandemic. Local nonprofits are facing increased demand amid economic uncertainty. 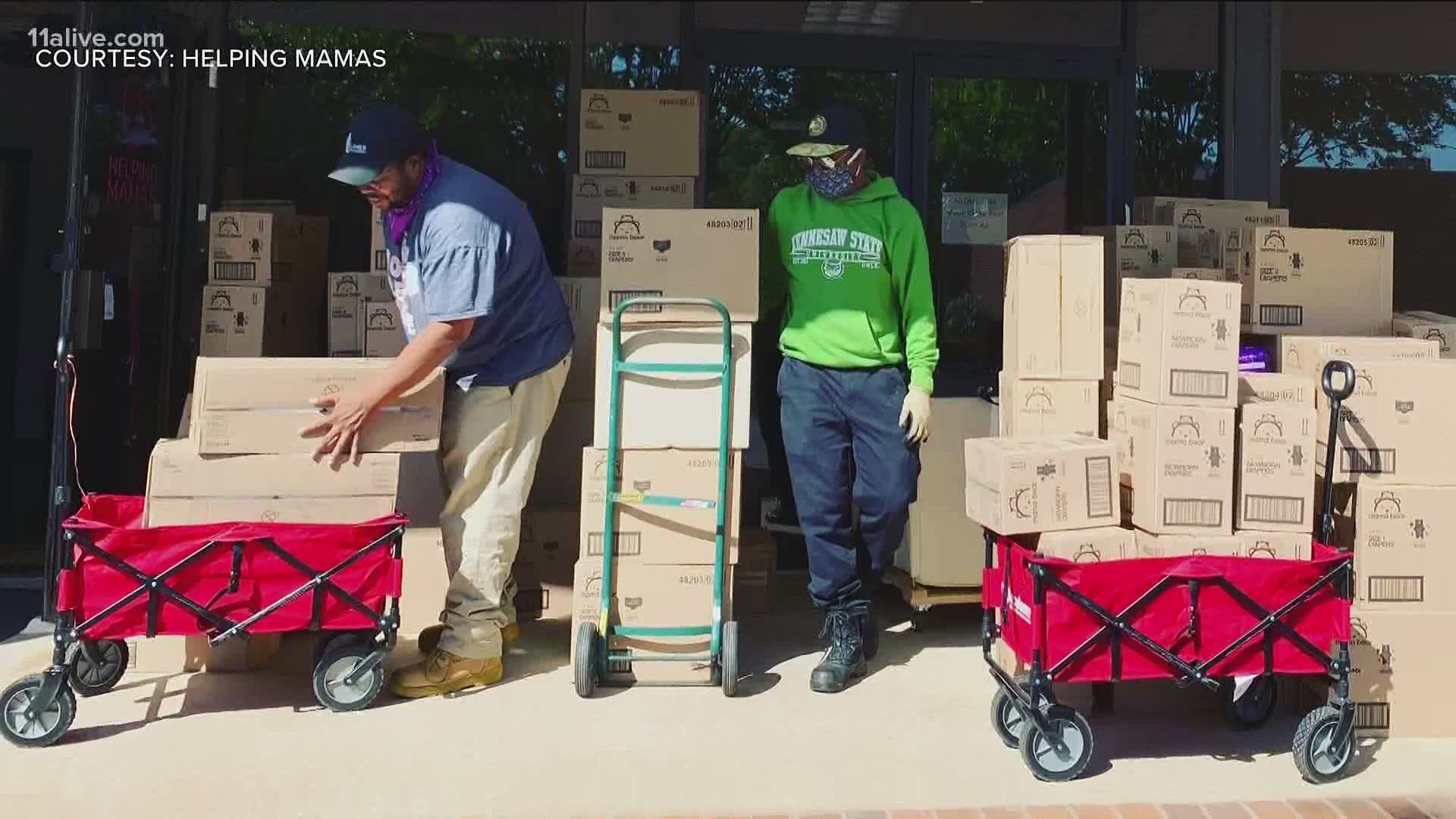 ATLANTA — Since the start of the coronavirus pandemic, Georgia's nonprofit community has rallied around those needing support. But working on the front lines hasn't been easy for nonprofits who themselves are faced with a 'new normal' as the spike in need has been unprecedented.

According to Omilami, Hosea Helps is juggling requests for help from seniors and students and those who've never relied on food assistance previously.

"We also have people who have never presented to a food bank before... middle-class people who have lost their jobs," she added. "We knew something was going on even before we realized what it was."

The spike in demand echoed by Jamie Lackey of Helping Mamas.

"The need has skyrocketed," Lackey said. "There are days we're giving out diapers in one day that we're giving in one month. We'll distribute over 40,000 to 50,000 diapers this week alone."

"We're hearing families that are washing disposable diapers just to try to keep their child in somewhat clean diapers, which is not ok. Just the access to diapers, the access to baby items has really dried up," Lackey said. "We've had to pivot our model and the way we work and try to be as efficient as possible while trying to be safe as possible."

RELATED: Ways to help: Local community and charities in need amid coronavirus pandemic

The high demand for services is coupled with the challenge of social distancing, as nonprofits work to serve clients while also keeping staff and volunteers safe.

"The women that we serve, they come into our office, they have a career counseling session, they have a dressing session," Susan Bonds-McCullough of Dress for Success Atlanta explained. "We're not able to do that right now," she said.

As a result, Dress for Success Atlanta and other groups are getting creative, pivoting to virtual and other services where possible, anticipating the need to only increase given the rising unemployment rate.

"We've had to completely re-do our operations in order to achieve social distancing," Matt Pieper of Open Hand Atlanta said. "[We] really enjoy interacting with our client and delivering a meal...but now with the risk of infection all we're doing is dropping meals a the door and calling our clients, making sure they get them and not having that personal interaction."

Yet, the demand for meals hasn't stopped. According to Pieper, Open Hand Atlanta is preparing around 7,000 meals a day right now, a task he said couldn't be accomplished without volunteers and community partners.

"I think that's the silver lining of this pandemic. Whether's it's United Way helping to raise funds and to rally us. Whether it's Hands on Atlanta sending us volunteers," Pieper said.

RELATED: To those not social distancing, Atlanta's mayor has this message

"It was pretty obvious and clear early on that we needed to bring our community together to do good," Tim Adkins of Hands on Atlanta said. The organization, which connects volunteers to nonprofit organizations and schools in need, has been hard at work, including partnerships with Atlanta Public Schools, Atlanta Community Food Bank and other groups assisting with food insecurity.

Such collaboration is needed now more than effort for many organizations.

"We realize this need is so huge and by working together, we're able to get what's needed to the people that need it the most and scale up so fast," Lackey said.

Meanwhile, United Way of Greater Atlanta has been focused on rallying resources, partnering with the Community Foundation to create the COVID-19 response and recovery fund. They fundraised more than $24 million since mid-March, distributing more than $12 million across 23 counties in Georgia addressing the needs of food assistance, housing assistance, employment, and the digital divide.

"This fund has enabled lots of organizations to do what they need to be able to do by way of immediate help," Milton Little, Jr., President, and CEO of United Way of Greater Atlanta said.

But it was residents that came to the aid of Lifeline Animal Project, which put out an early call for help in the form or foster homes and adoptions.

"We wanted to prepare for any eventuality. Amazingly, 1,100 animals were either fostered or adopted by the Atlanta community," Karen Hirsch of Lifeline said.

Despite the early success, Hirsch said the work is far from over.

"We work tirelessly to help people, animals in crisis situations, and on a daily basis. Our work doesn't end when the crisis ends," she added.

RELATED: FDA approves emergency use of remdesivir for coronavirus treatment

As they help others, nonprofits, in turn, are also needing increased support.

“Nonprofits are in crisis at the very moment the world needs them most," Karen Beavor, President & CEO of the Georgia Center for Nonprofits, said.

While many nonprofits have been on the front lines, Beavor noted others, particularly arts nonprofits that are often reliant on patrons and performance, that have been on hiatus. Economic uncertainty is now a juggling act for both types of organizations.

"As we try to increase our ability to respond to the needs, we're also having to be careful about our own ability to stay in business," Little, Jr. said of the need for nonprofits to balance the increased demand with a decline in fundraising.

"Those organizations that depended on events are going to have to figure out something," he said. "Lots of individuals who have been traditionally been generous have been holding back because they don't know about their own circumstances."

Such factors make the 2020 GAgives campaign for Giving Tuesday all the more critical.

"It's a big day of love...and we want to love on the community and love on these nonprofits," Beavor said.

"The work is essential and Atlanta depends on it," Little, Jr. said. "A community defines itself by how it treats people. We've got a deep impulse to make a difference in the lives of folks and the people who support us want to do that as well."

People can show their generosity during GAgives on #GivingTuesdayNow by going to GAgives.org, searching for organizations or causes they care about and donating what they can in a matter of minutes.

Since its founding in 2012, the GAgives movement has collected more than 284,000 individual gifts and more than $41.5 million in donations for thousands of Georgia’s nonprofits.

How to find a food bank in your area

Community comes together to help feed families during coronavirus outbreak