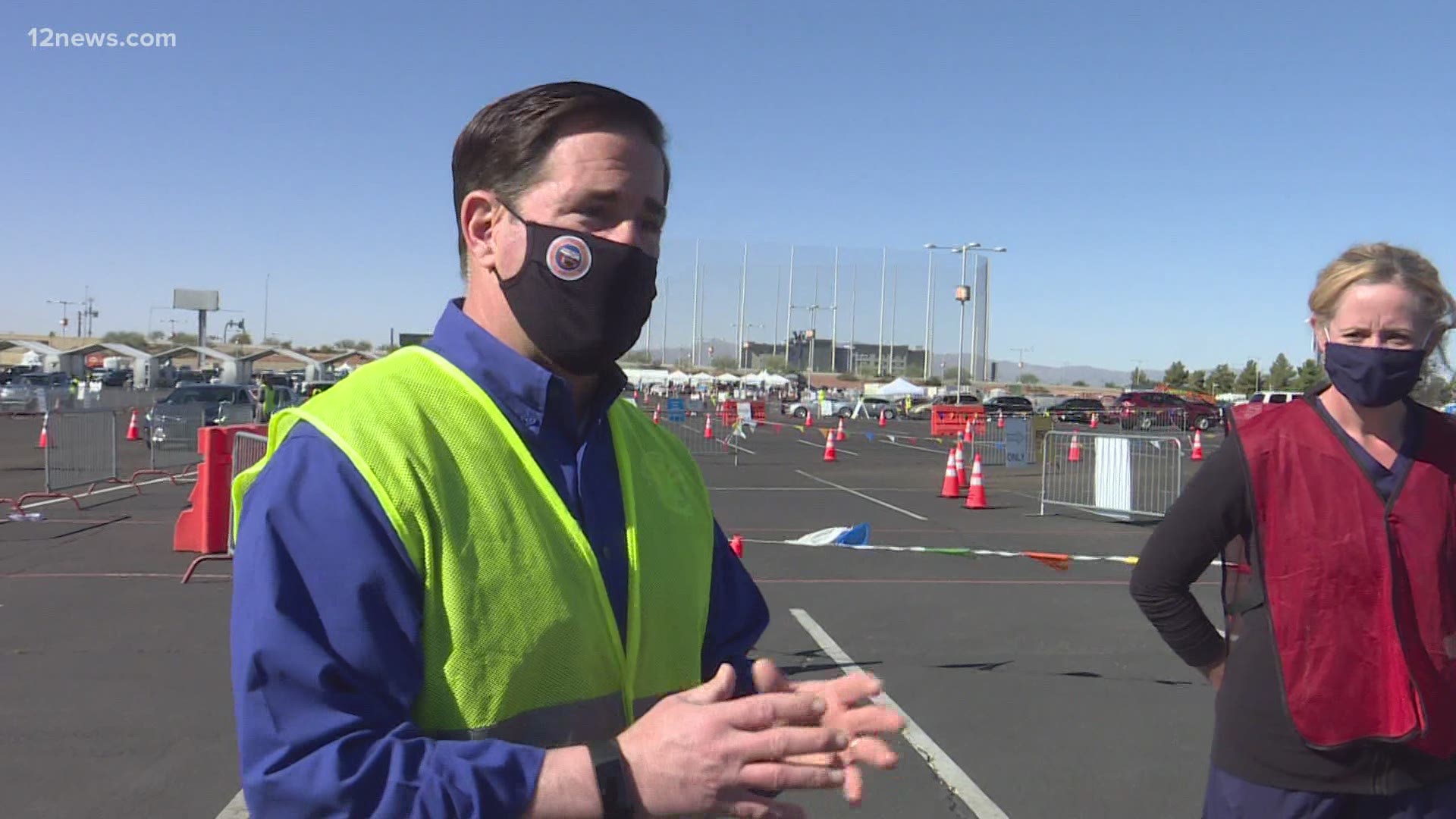 In the new order, businesses are still expected to follow safety protocols including physical distancing and masks but occupancy percentage limits will no longer be in place.

The order also reflects that Spring training and major league sports facilities can operate with fans upon a plan that is approved by the Arizona Department of Health Services that shows the facilities have implemented safety precautions and physical distancing measures.

Spring training and major league sports facilities in Arizona are currently operating with a limit number of fans, which varies from facility to facility.

The order also states that Mayors and local entities will still be precluded from implementing extreme measures that shut down businesses.

You can read the full executive order here

The order comes as Arizona has shown seven weeks of declining coronavirus cases.

“Like the rest of the country, Arizona has made its way out of the winter surge of cases. And we are leading the nation in the vaccination roll out. Our mitigation strategies have been targeted and data driven," a statement from Ducey read, in part. "Today’s announcement is a measured approach; we are not in the clear yet."

The news came as a surprise for many business owners and not everyone is rushing to make changes.

Shalloo runs CrossFit Full Strength in central Phoenix and says they've been in pretty good shape since they reopened back in August with smaller class sizes.

"I don’t think we’ll ever just open up and allow 30 people in our gym," she says. I kind of like having the smaller classes and letting people space out."

"Obviously as a restauranteur, we want things to go back to normal and be able to seat 100% occupancy, but the reality is we’re not quite there yet."

Carly Long with Carly's Bistro tells 12 News over the phone that she's sticking with their outdoor seating even with decreasing case numbers and increased vaccinations.

"At this point that it’s not possible for us to be seating 100% capacity and maintaining social distancing measures."

Other businesses, like Mountainside Fitness, shared on social media it would have their locations ready for expanded capacity as early as Monday.

On Wednesday, Ducey issued an executive order that requires public schools in the state to get back to teacher-led, in-person learning by March 15, in less than two weeks, or after the school's spring break.