The seasonal workers who live inside the park have been asking for the park's closure for weeks. 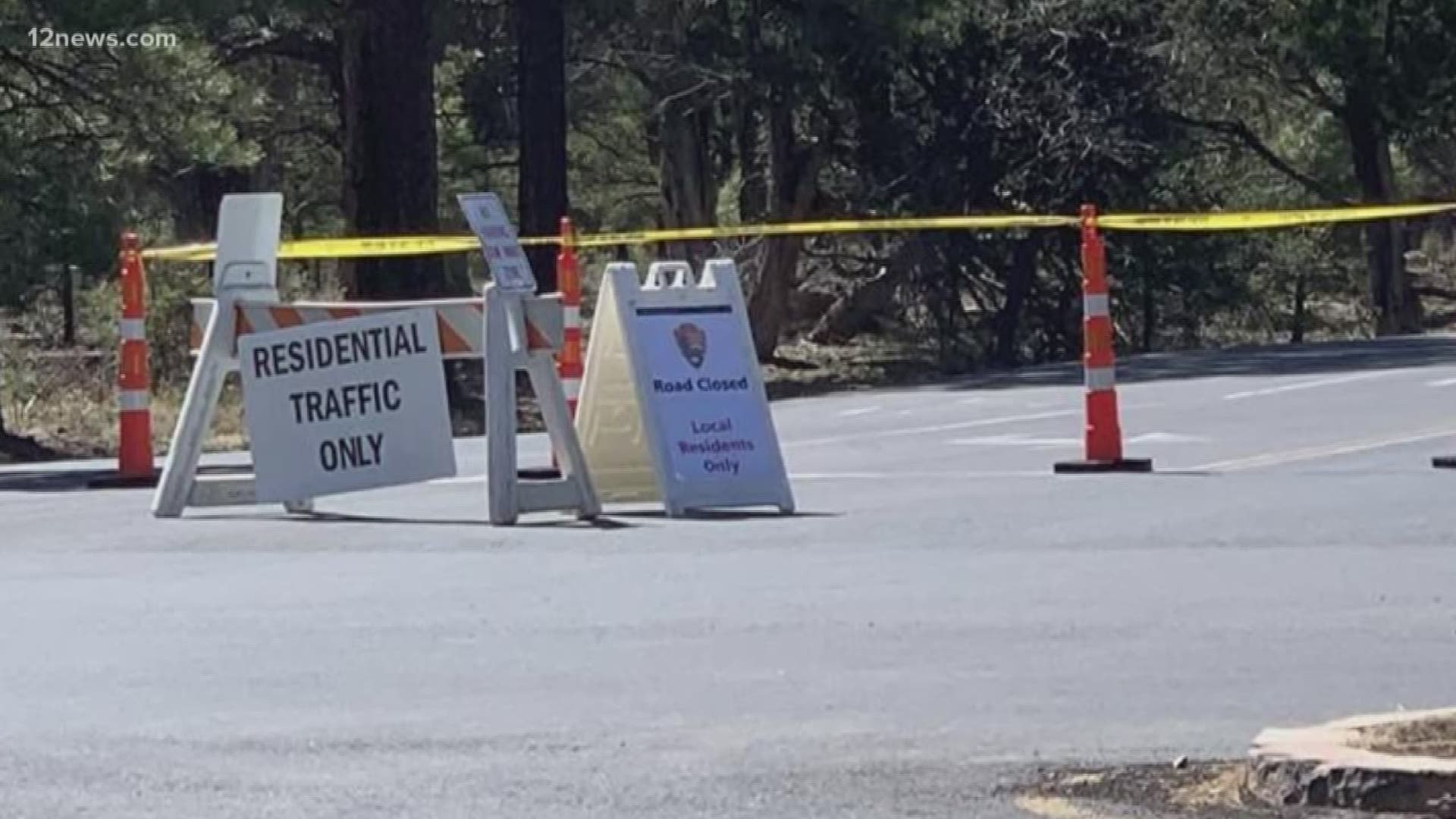 A statement from NPS said the park was closed after the agency received a letter from the Coconino County health director recommending the closure.

"The Department of the Interior and the National Park Service will continue to follow the guidance of state and local health officials in making determinations about our operations," Secretary of the Interior David Bernhardt said. "As soon as we received the letter from the Health and Human Services Director and Chief Health Officer for Coconino County recommending the closure of Grand Canyon National Park, we closed the park."

The park is home to around 2,500 seasonal workers who have been asking for its closure for weeks. This request came after the federal government suspended National Park entry fees as a way to give people something to do with many businesses and public places shut down.

Lani Strange, a bartender at El Tovar, told 12 News on March 25 that many who live inside the park’s gates live in dormitory-style buildings through which many illnesses spread quickly.

If the virus ended up spreading to those who live inside the park, they would have to drive nearly an hour and a half to the nearest hospital in Flagstaff.

Another pressing concern for locals was the possibility of the park's general store running out of supplies due to panic-buying. The nearest place to gain more supplies is also Flagstaff.

When asked about whether the national park should close or not, Gov. Ducey told 12 News on March 27 that "we need people to practice social distancing, physical distancing. There's no better place to practice that than the Grand Canyon."

This is a developing story and will be updated as more information is relayed.