The NASA and SpaceX launch this month is the first of astronauts from Florida's Kennedy Space Center in nine years, and the first anywhere by a private company. 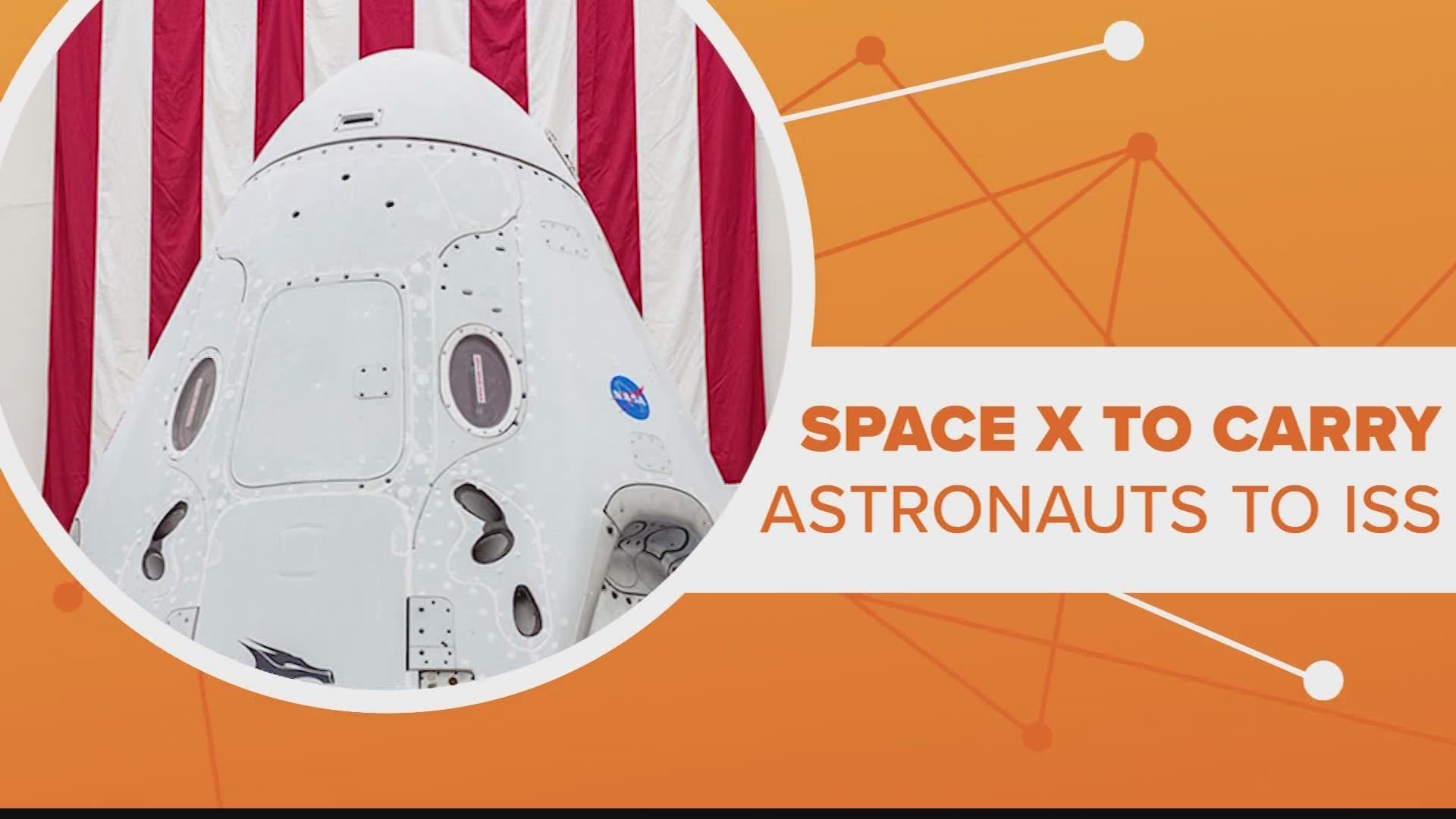 CAPE CANAVERAL, Fla. — NASA and SpaceX on Friday urged everyone to stay home for the first home launch of astronauts in nearly a decade because of the coronavirus pandemic.

Top officials warned the public against traveling to Florida for the May 27 launch of two NASA astronauts aboard a SpaceX rocket to the International Space Station.

“The challenge that we’re up against right now is we want to keep everybody safe," he said. "And so we’re asking people not to travel to the Kennedy Space Center, and I will tell you that makes me sad to even say it. Boy, I wish we could make this into something really spectacular.”

Bridenstine urged the public to watch the launch online or on TV from home.

“We don't want an outbreak,” of COVID-19, he told reporters.

SpaceX President Gwynne Shotwell agreed it’s a shame more people won’t be able to enjoy the launch from Florida. But she encouraged people to “be there for the ride with us.”

“We'll be together in spirit more so than in physical space," she said.

After the shuttle program ended, NASA turned to private companies to deliver cargo and ferry astronauts to the space station. In the meantime, Russian Soyuz capsules have been the sole means of crew transportation to the orbiting lab. Boeing also is working to launch astronauts under NASA’s commercial crew program.

RELATED: The last supermoon of 2020 is next week, plus more reasons to look to the sky in May

RELATED: NASA selects 3 companies to help bring astronauts back to the moon

Credit: AP
FILE - In this July 8, 2011 file photo, spectators watch the space shuttle Atlantis lift off from the Kennedy Space Center at Cape Canaveral, Fla. Atlantis was the 135th and final space shuttle launch for NASA. On Friday, May 1, 2020, NASA and SpaceX urged everyone to stay home for the first home launch of astronauts in nearly a decade, coming up later in the month, because of the coronavirus pandemic. (AP Photo/Phil Sandlin)