The Travis and Hays County Sheriff's Offices are avoiding arrests when possible in an effort to reduce jail populations and curb the threat of coronavirus. 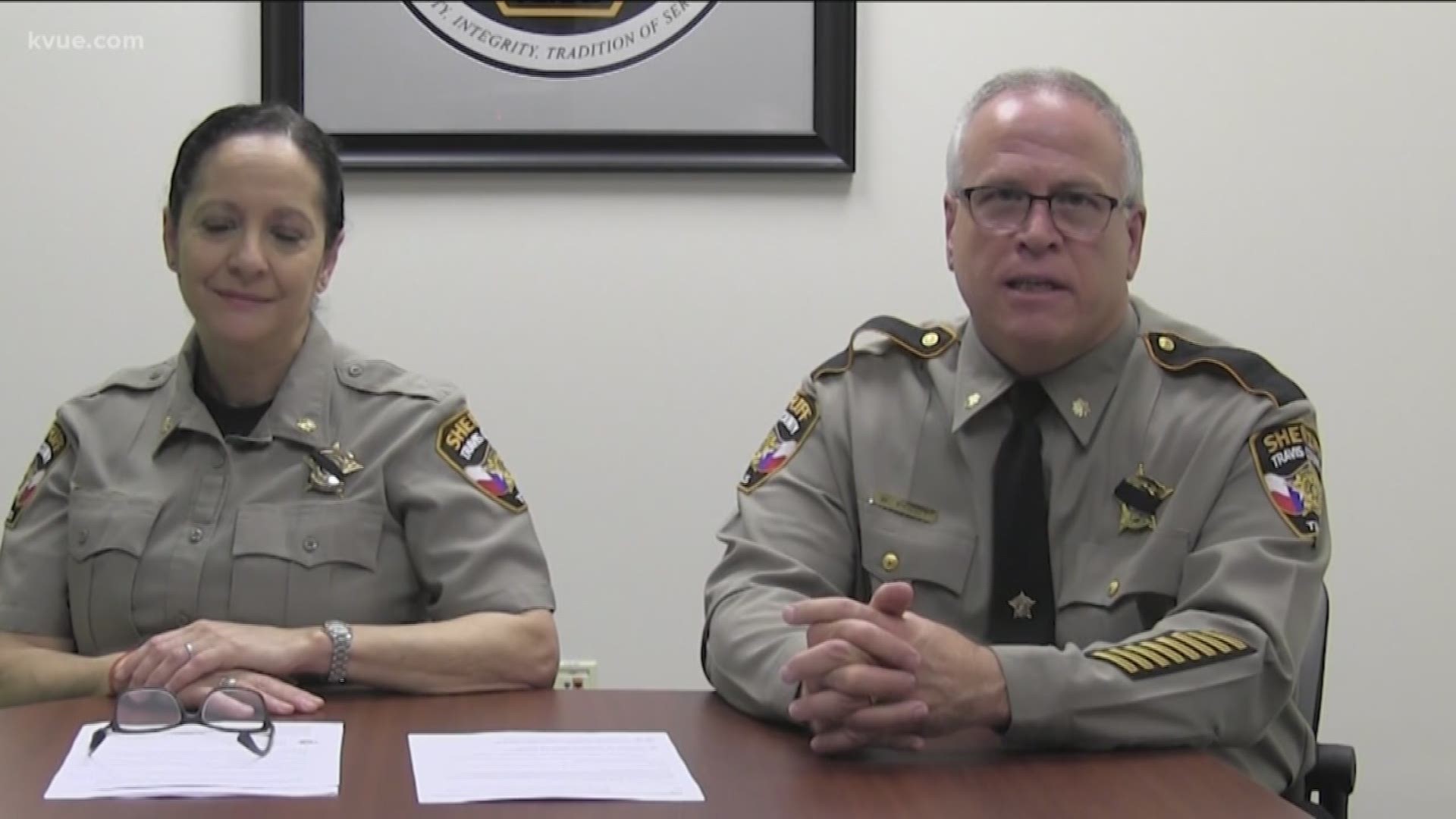 AUSTIN, Texas — Multiple law enforcement agencies in the Austin area are encouraging officers to avoid making arrests in an effort to reduce jail intake and prevent the spread of the coronavirus.

A representative from both the Travis and Hays County Sheriff's Offices said each department instructed deputies to avoid making arrests for low-level crimes, like misdemeanors and property crimes.

"We need law enforcement agencies to practice cite and release as much as possible, issue warrants rather than arrest, requesting that no class "C" be arrested and only arrest the most severe cases," Hays County Sheriff Gary Cutler said in a memo obtained by KVUE Thursday.

RELATED: Some state workers not allowed to work from home, sparking frustration

A spokesperson for TCSO said their department also instructed deputies to exercise cite and release any time it's applicable.

"During this exceptional time we're in, our deputies are looking for every opportunity to exercise cite and release as opposed to arrest," TCSO spokesperson Kristen Dark said.

Cutler said arrests have decreased in the last several days in Hays County due to this new directive, which has helped slightly reduce the jail population.

Cutler and Dark both said deputies making less arrests will not put public safety at risk.

"If people have committed a crime worthy of arrest, they're going to be arrested. We're going to make sure we protect the public," said Dark.

Local jails are taking several additional steps to combat the spread of coronavirus.

In Travis County, sanitization of Central Booking occurs three times a shift. People brought to the jail are asked questions based on CDC guidelines, and anyone suspected of COVID-19 symptoms is isolated, according to a release from TCSO. Additionally, no one with a temperature of more than 99.5 degrees Fahrenheit is allowed into the facility.

Dark confirmed Thursday no inmates in Travis County Jail have tested positive for coronavirus, but three have been quarantined for observation. Two have been cleared as of Thursday morning, but one remains under observation.

"We will continue to work with all entities to minimize traffic into our facility," Dark said. "We are changing our procedures anytime there is a new recommendation by CDC, State, County or Jail Standards."

Like Travis County, the Hays County Jail has also started screening new arrests before bringing them into the facility, according to the memo from Cutler. The sheriff's office has also prohibited in-person visits to the jail and increased cleaning and sanitation efforts, according to Cutler.

Cutler also said the department is waiting for some janitorial supplies, which are on backorder.

A spokesperson for the Williamson County Sheriff's Office said Friday that the department has stopped self-initiated traffic stops and is also practicing cite and release for nonviolent crimes.