Inseparable couple fights COVID-19 together in the same hospital room

Dorothy and Charles Smith have been through it all over the last 70 years, and they're not letting COVID-19 keep them apart. 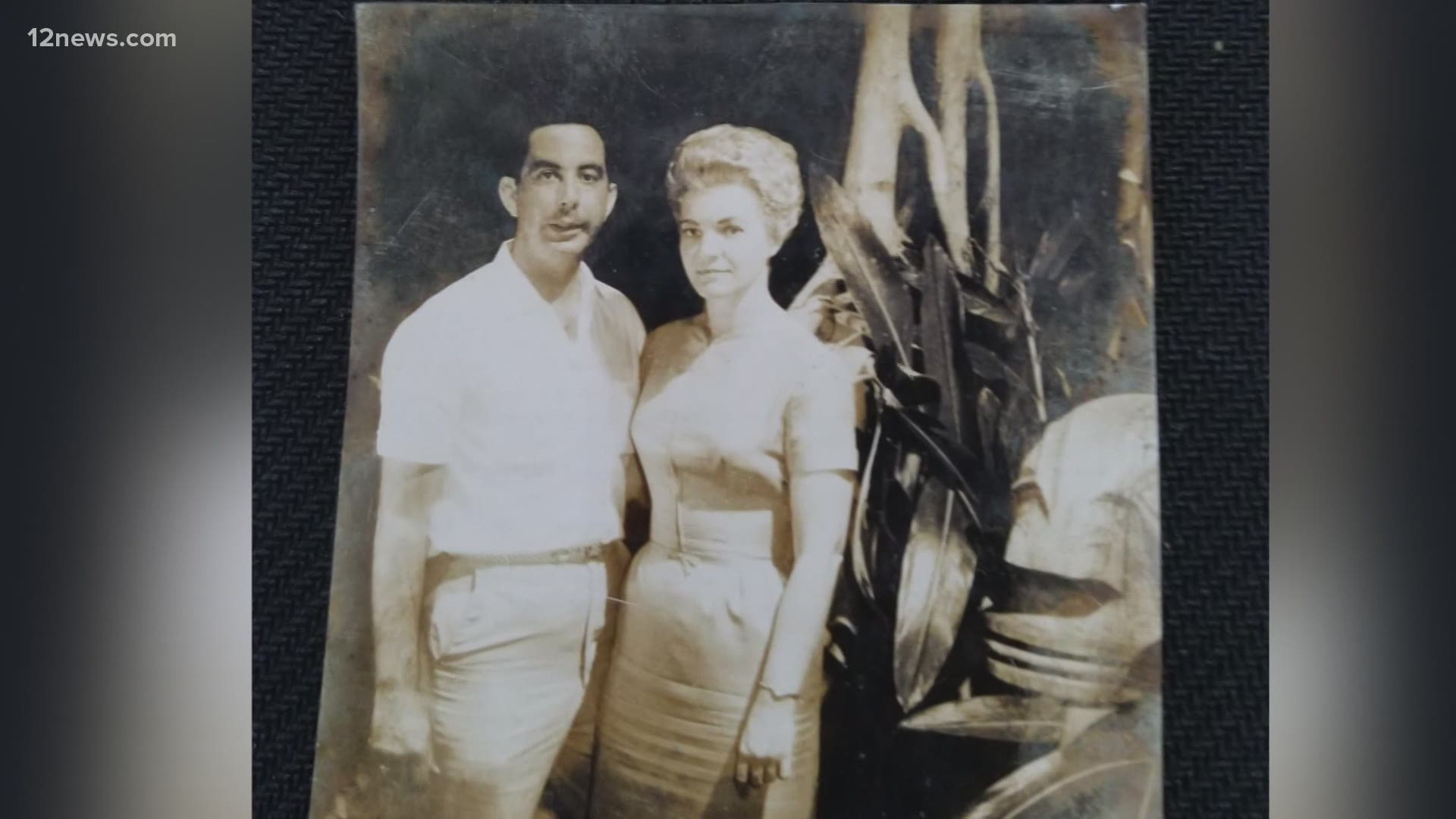 SUN CITY WEST, Arizona — A touching story about a valley couple, Dorothy and Charles Smith, who were both recently diagnosed with COVID-19. The two are now fighting the virus together from the same hospital room in Sun City West.

The sweetheart story started long before the pandemic. Dorothy and Charles met at a roller-skating rink back in 1948. Even though Dorothy initially turned him down, Charles won her over for what would be the rest of her life.

"He finally won me over but right now he's snoring because he's a sleeper," she told 12News.

From their hospital beds, the two hold hands and communicate with touch and the help of whiteboards and Dorothy explains he's hard of hearing and can no longer understand much.

"I am his eyes and ears and his voice, we have been together for 70 years of marriage," she added.

Just a week and a half ago the couple was comfortable quarantining in their daughter's Peoria home when Dorothy tested positive for COVID-19.

"I came in here on the 15th, Wednesday and they stuck their head in the door on Thursday morning and said 'you're positive' and then came in right behind and said he's positive," she said.

Dorothy continued to explain that because Charles is reliant on her to help him communicate, the best way for them to combat Coronavirus is together day and night.

"We'll get through it the best we can, just hang in there and do what we're supposed to do and we'll be fine, I don't have a problem with obeying orders because I understand them. He doesn't. So I have to understand them for him and right notes to him on a board I have," she added.

Over the years, Dorothy admits they haven't seen much in the way of hurdles in quite some time.

"We've been separated with jobs, he worked out of town two weeks at a time at Holiday Inn's when we lived in Memphis, so he was gone for two weeks, came home for two days and then went back for two weeks," she said.

And although this virus they've both come down with, is in no way a relationship highlight, it certainly won't stop them from continuing to create their love story.

"To be there for one another, that's a big thing and we have been, he idolizes me and he'll tell you that every day," Dorothy said.

She reminisced about their family camping trips and all the times they've moved together across the country and even though their resting in the hospital their family legacy continues to blossom.

While they don't know when they'll be released from the hospital, they know their love has been the best medicine through good times and bad and in sickness and in health and together, they will beat this virus.

They're grateful for the hard-working staff at Banner Del E. Webb Medical Center for their round-the-clock care and allowing them to be with each other through their most difficult hurdle in more than seven decades.