'I should be coming out of surgery this morning.' Valley man says kidney transplant canceled due to hospital bed shortage

Peoria man has waited year-and-a-half for a new kidney. Hospital told him he had one. But hours later, he says, surgery was scrubbed. There weren't enough beds. 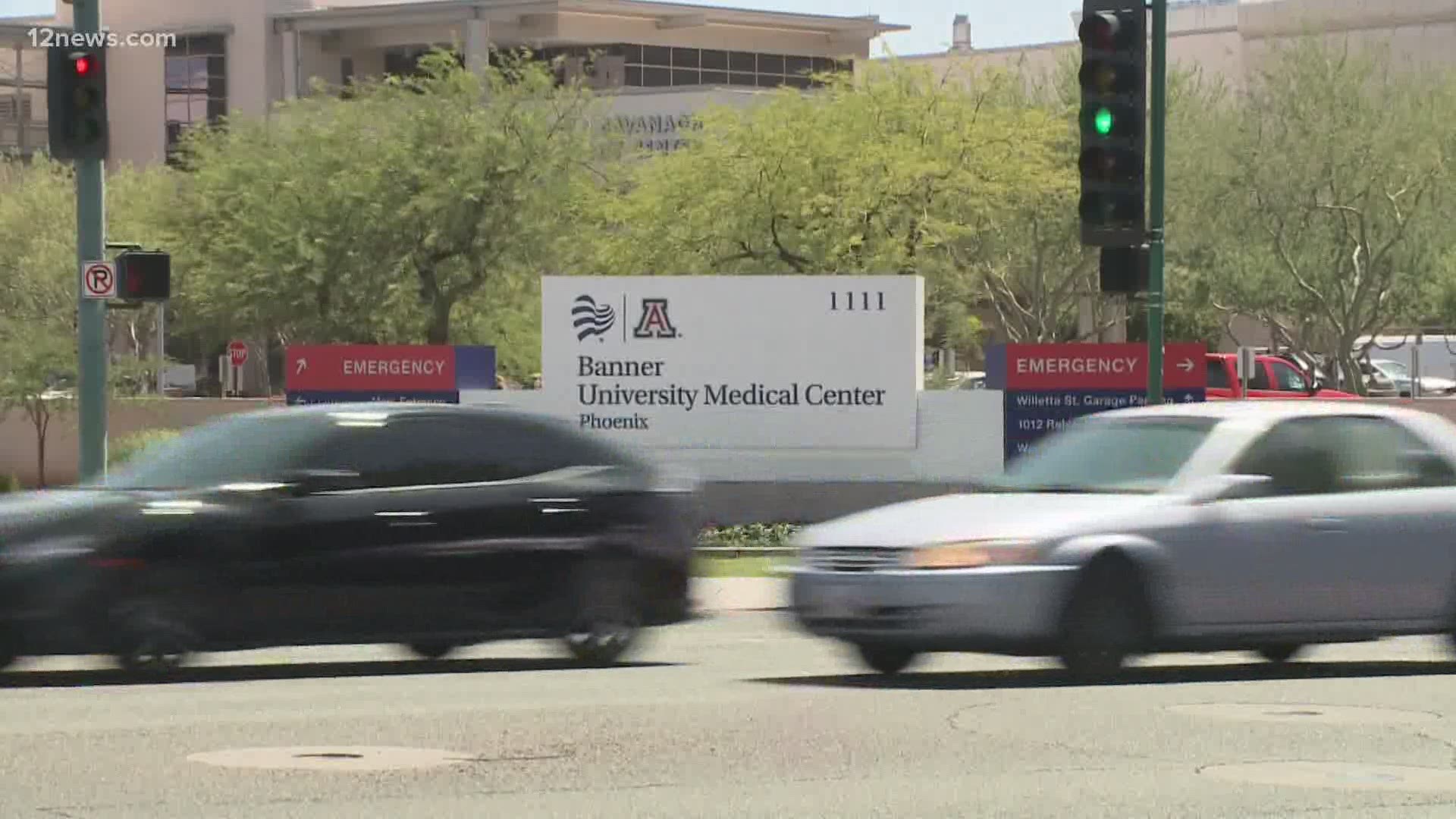 Darren Skousen was supposed to be somewhere else on Friday.

“I should be coming out of surgery this morning and recovering from a kidney transplant. But I’m not,” he said on his front porch in Peoria.

Skousen, a 43-year-old parks and recreation worker for the City of Glendale, learned Thursday morning that he would get the kidney he’d been waiting for.

How did he feel? “Euphoric.”

It was the third time in the last year and a half that Skousen had been alerted there was a kidney for him. The first two didn’t result in a transplant.

“It’s an emotional roller coaster," he said. “You try not to get too excited.”

After he got the news Thursday, Skousen was ready to go.

He did pre-transplant tests - blood, COVID and others - at Banner University Medical Center in downtown Phoenix.

Credit: Darren Skousen
Darren Skousen gave a thumb's up Thursday morning while taking tests ahead of a planned kidney transplant. The transplant was canceled hours later.

But just hours after he got the news that a kidney was available, he said, Banner scrubbed the transplant.

Skousen said Banner told him the hospital didn’t have a bed for him.

“I received a call at four o’clock saying everything worked out except they had to turn it down because there were no beds at the hospital for me,” he said.

“They were filled to capacity. I assumed it was all the COVID stuff going on.”

Across Arizona, hospital beds are virtually full, and hospitals are taking steps to free up more of them for COVID patients:

-A record high 91 percent of all intensive care unit beds - more than 1,400 - were occupied as of Friday. Just 156 are available statewide.

-COVID patients now occupy half of all ICU beds in use, up from one third a month ago.

-Half of all inpatient beds in use are also occupied by COVID patients, up from a quarter a month ago.

Behind the scenes, Banner Health and other hospitals are cutting back on surgeries and moving patients around to create space for the anticipated surge of coronavirus patients.

Earlier this week, Arizona’s hospitals got the go-ahead to activate rarely used “crisis standards of care” for treating patients.

The standards give hospitals more freedom to decide which patients are treated with scarce resources. The hospitals also get protection from lawsuits.

A recent study found transplant centers are backing away from the operations out of concern about the potential impact of COVID-19 on donors and recipients, as well as uncertainty about exponential COVID case growth overwhelming the health care system.

Skousen’s not upset with Banner. “Banner’s been nothing but good to me,” he said.

But he does want Arizonans to know about the unseen people suffering because of the coronavirus’ out-of-control spread.

“There are a lot of people that are struggling right now and are affected by this that people don’t even see,” he said.

“It’s very political, but I feel that If masks could help, if staying away from people could help, why not do it?”

Skousen said another person needing a kidney transplant - “where they have beds” - will likely get the kidney that had been destined for him.

He had his first transplant 18 years ago. An autoimmune disease had killed both his native kidneys.

“Transplants don’t last forever,” Skousen said. “I was lucky enough to get 16 years out of it.”

“Dialysis sucks, it really does,”  he said.

“I’m tired all the time and don’t feel great. You kind of get used to not feeling good. But I’m alive.”

The “Darren Needs a New Kidney” Facebook  page won’t be shut down, just yet. But it could be a while.