How are other U.S. states reopening?

As we wait for Gov. Ducey to announce if Arizona will reopen, here's a look at how other states are starting to do just that. 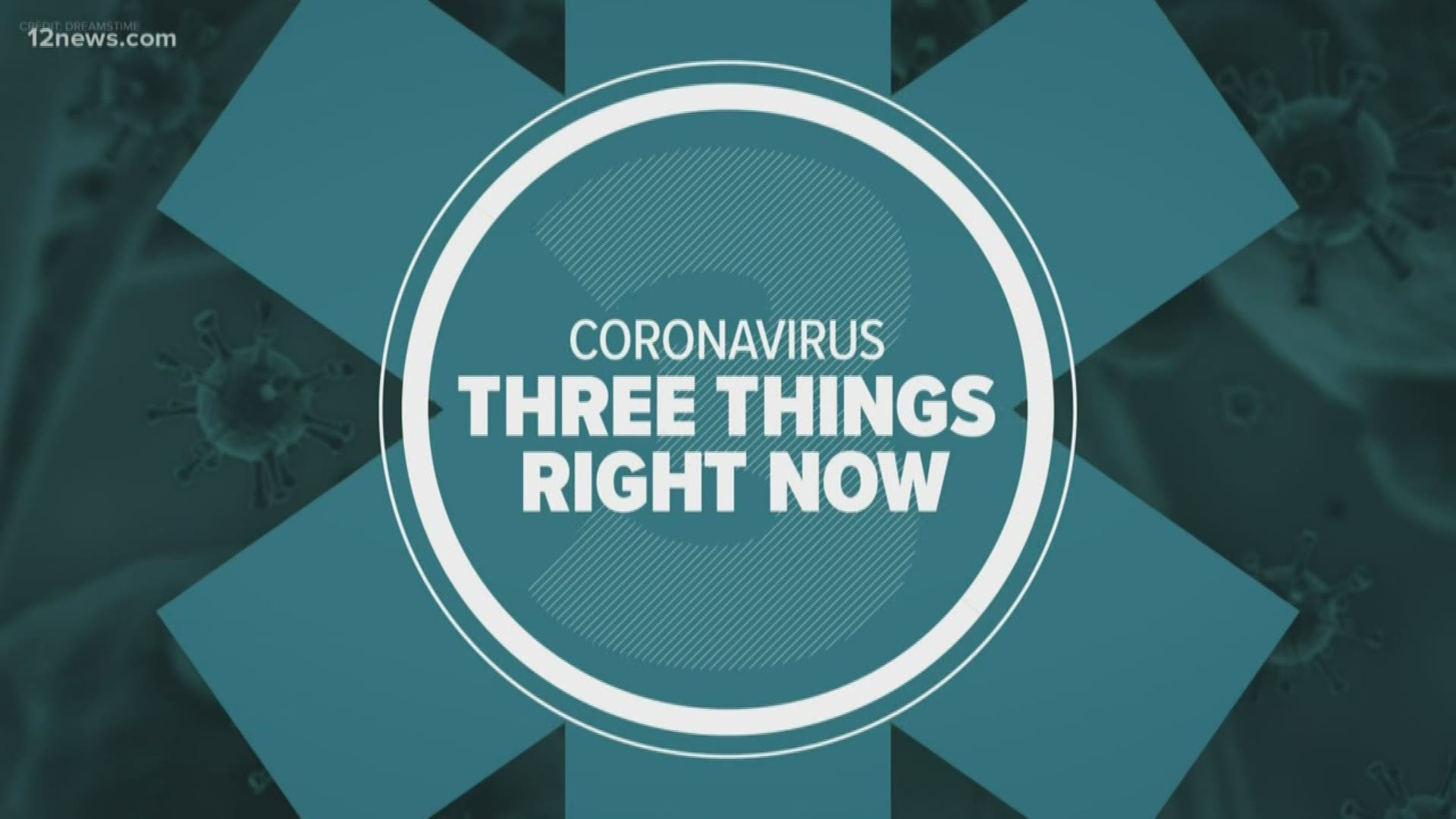 PHOENIX — Arizona's shelter at home order is set to expire on April 30, and as we wait to see if Gov. Doug Ducey will extend the order or begin to reopen the state, here's a look at how other states are beginning to open.

Georgia was one of the first states to begin the re-opening process. Last Friday, barbershops, hair and nail salons, gyms, bowling alleys, and massage and tattoo parlors were allowed to reopen. Monday, Gov. Brian Kemp allowed movie theaters to open back up and for restaurants to allow in-person dining, with restrictions for social distancing.

Gov. Kemp gave restaurants 39 guidelines to follow if they wanted to open, which include screening employees for signs of illness, requiring staff members to wear face masks at all times, and limiting capacity to no more than 10 people per 500 feet of floor space.

Private social clubs are also now allowed to be open.

Colorado Gov. Jared Polis announced a new 'Safer at Home' policy Monday, which is active for 30 days. It calls for Coloradans to stay home as much as possible, and for anyone who is part of a vulnerable population to only leave home when it is necessary. Coloradans are also being encouraged to wear face masks when they go outside, avoid unnecessary travel, avoid gatherings of more than 10 people, and to not go to work if they are sick.

The 'Safer at Home' policy will allow for retail stores to open starting Friday, May 1, as long as they adhere to 6-foot spacing rules, have one-way aisles, decals on the floor, and employees must wear face masks at all times.

Restaurants cannot open for in-person dining but can continue pickup and delivery. Nightclubs, gyms, and spas are also required to stay closed. Real estate showings are now allowed to resume, as are elective medical, dental, and veterinary surgeries and procedures.

Starting Monday, May 4, offices can open at 50% staffing capacity, but businesses are encouraged to allow employees to telecommute. Child care facilities are also allowed to reopen.

On Monday, workers in non-critical industrial, manufacturing, and office-based businesses or non-profits were allowed to return to work, as long as they do not have customer-facing operations. This means about 80,000-100,000 Minnesotans were allowed to go back to work Monday.

Steve Grove, the Commissioner of the Minnesota Department of Employment and Economic Development, said those businesses must still allow employees to telework when possible, perform daily health screenings on employees who do go into work, and create a COVID-19 Preparedness Plan that adheres to state, CDC and OSHA guidelines.

RELATED: Here is everything you need to know about coronavirus in Arizona on April 28

Mississippi Governor Tate Reeves announced a 'Safer-at-Home' policy for his state last Friday that went into effect Monday at 8 a.m.

It allows for businesses, including retail stores, to reopen under certain guidelines.

Stores must reduce capacity by 50% and are being asked to provide hand sanitizer to customers.

Gov. Lee also announced that state parks were allowed to re-open in phases starting last Friday when they opened for day-use.

The governor is also working with health departments in Tennessee's five most populous counties to plan their reopening strategies.

Houses of worship can now hold services, as long as social distancing is possible.

Retail stores can also now be open as long as they allow for distancing, but movie theatres, gyms, and other places where large groups of people can gather will remain closed.

Restaurants and bars can provide some in-person services starting Monday, May 4. Restaurants must operate at 50% capacity, no more than six people will be allowed to sit together, there is no bar seating and restaurants must close at 11:30 p.m.

The statewide school closure will be lifted on May 7, but districts can still choose to stay closed and whether or not they will hold high school graduations.

Social gatherings, including religious services, will now have looser guidelines. Gatherings must be limited to 20 people or 25% of capacity, whichever is smaller.

There must still be six feet of separation between people who do not live in the same household, and face masks are strongly suggested for people going outside.

Cities are also allowed to implement their own guidelines.

In phase one, Oklahomans will still follow safer-at-home-guidelines, social distance, and avoid large social gatherings. Non-essential travel will still be minimized. Employers are being asked to make plans on how to allow employees to return to work in phases. Break rooms at businesses should also remain closed. Employers should also make accommodations for anyone in a vulnerable population.

Hair salons, barbershops, spas and nail salons were allowed to reopen last Friday as long as they adhere to strict sanitation and social distancing. Customers must also social distance and are allowed to wait in their cars until it is time for their appointment.

Starting Friday, restaurants can open their dining rooms and movie theatres sporting venues, and gyms can reopen, but they must also follow the sanitation and social distancing guidelines.

The guidelines will be loosened in phases two and three, and you can read more about those here.

Last Monday, all of these stores were allowed to reopen:

Businesses must still allow for social distancing, can only allow 20 percent of occupancy of 5 customers for every 1,000 square feet, whichever is less.

Beaches were allowed to reopen Tuesday, but the towns of Myrtle Beach, Charleston, and Hilton Head have all decided that their beaches will remain closed.

The state will then go into phase one of their reopening process, which will allow for retail stores, restaurants, theatres, and malls to reopen on Friday with limited capacity.

Museums and libraries will also be allowed to open, but interactive areas must remain closed.

Businesses will be limited to 25% occupancy, which could be criminally enforced. Businesses could lose their operating licenses for violating that order.

Churches in Texas can also be open, but social distancing is encouraged.

Outdoor sports can also be played as long as they are limited to four people and adhere to social distancing.

Gov. Abbott also said Texans need to continue social distancing and are encouraged to wear masks when they go outside.

Salons, barbershops, gyms, and bars must remain closed. Schools will remain closed for the rest of the school year, but summer camps in Texas could still open.

Vermont Governor Phill Scott announced the first wave of people that were allowed to return to work last week.

Starting yesterday, those included small crews of up to five construction and trade workers on outdoor job sites or unoccupied structures, and up to five workers in manufacturing and distribution workplaces. Employees must still follow the six feet of social distancing rule.

On Monday, outdoor garden centers and greenhouses were allowed to reopen for in-person shopping, but capacity was limited to 10 people, including staff.

Farmers' markets are expected to reopen on May 1st, as previously planned.

You can find the 12 News Facts Not Fear coverage of the coronavirus here.

You can text FACTS to 602-444-1212 to receive more information on the coronavirus and to ask questions.

READ: #Sendthelove to others while physical distancing