Hold on evictions for Arizona renters extended to October

The hold on evictions has been extended through the end of October along with proving $650,000 for staffing and rental assistance programs for families in need. 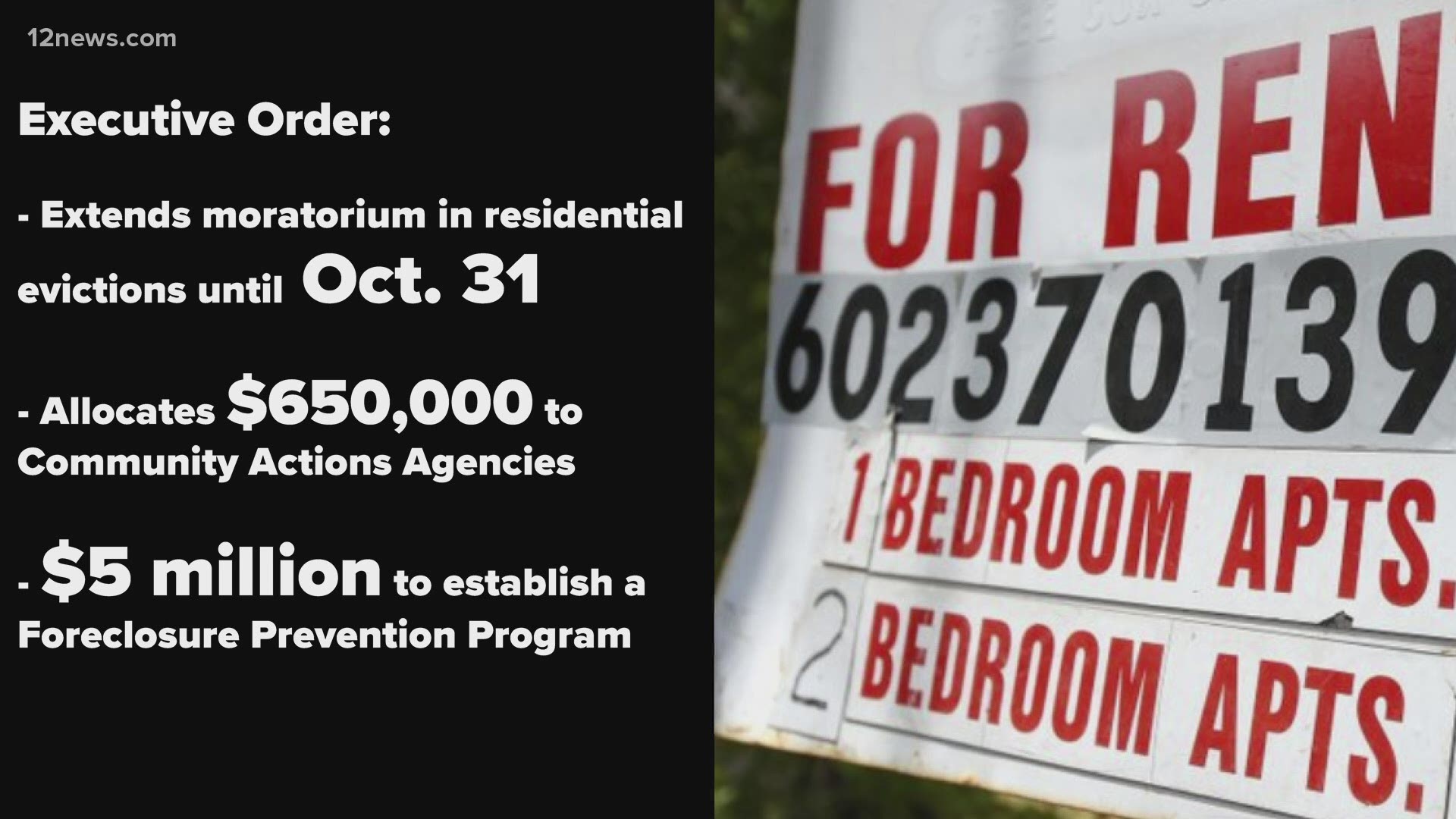 PHOENIX — Families like Richard Lynn and Jessica Keenan are feeling the weight of possible eviction, months behind on rent.

“We are behind,” said Keenan.

On Thursday, Gov. Doug Ducey extended his moratorium on residential evictions until Oct. 31.

He also provided $650,000 for staffing and rental assistance programs for families in need as well as $5 million to homeowners who rely on income from tenants to avoid foreclosure.

“If he had not extended the eviction moratorium, the consequences for Arizona could have been disastrous,” said Co-Director Arizona Tenants Advocates, Ken Volk.

Volk says the governor’s extension prevents contributing to the very real issue of homelessness across the state.

“All these people who are not use to being out on the streets in the middle of summer, how are the municipalities take care of something like that, just setting aside the concept of coronavirus," he said.

The U.S. Department of Housing and Urban Development says at any given point there are 10,000 people living on the streets.

Richard and Jessica appreciate Ducey’s announcement but it still leaves them with questions since their landlord isn’t going to renew their lease next month.

“Where does that leave us? How do we try to come up with money to get into a different place if they’re not going to allow us to stay here,” said Keenan.

The governor's office says they expect both tenants and landlords to establish fair and reasonable repayment plans and share resources with tenants.

BREAKING: Governor Ducey extends the eviction moratorium until Oct. 31st.
The order was set to expire next week. #12News pic.twitter.com/s113lTAPa0