12 News has received dozens of emails and phone calls from those trying to get their benefits, and now bills are stacking up and becoming critical for some families. 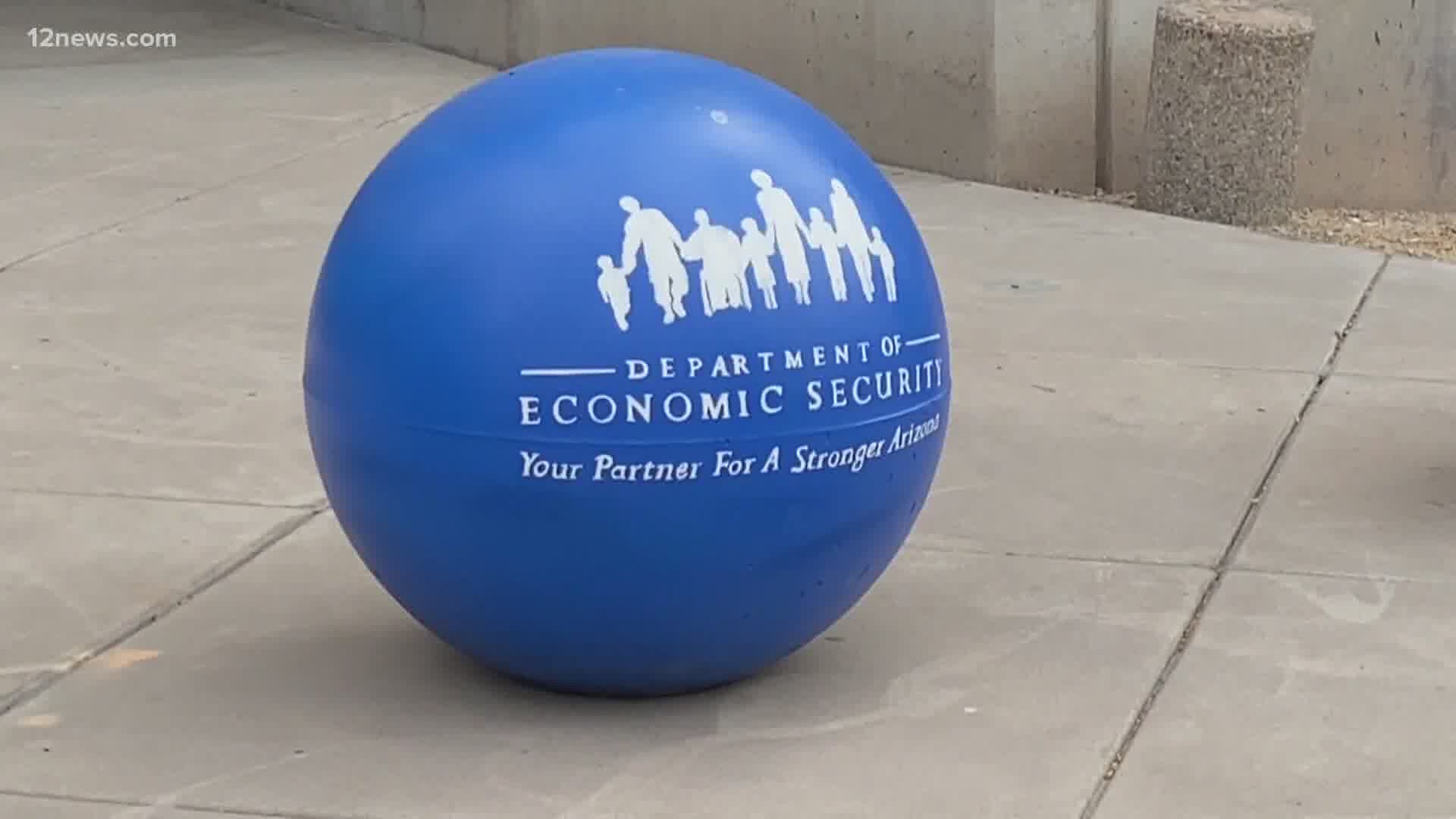 PHOENIX — Some Arizonans say they’ve struggled for weeks, even months, to access unemployment benefits through the Arizona Department of Economic Security, whether through glitches online or confusion for those living out of state.

12 News has received dozens of emails and phone calls from those trying to get their benefits, and now bills are stacking up and becoming critical for some families.

"It’s so unfortunate because it’s money they’re entitled to, and so they’re put in a position where they can’t get funding that is their lifeline,” Kelly McGowan, deputy director of Wildfire, said.

Wildfire is a nonprofit that’s being contracted by the City of Phoenix to dole out more than $20 million in CARES Act funding.

“We heard from one agency that’s distributing funding that they’re receiving 300-400 calls a day,” McGowan said.

"We’re seeing a different kind of person and family turn to us now, people who have never had to ask for help before,” Marisol Saldivar with St. Vincent de Paul said.

Saldivar recommends for those who are struggling with food needs, paying rent, utilities or more, to start taking action sooner rather than later.

“It is much easier to prevent homelessness for families than try and find them a home after they’ve been evicted,” Saldivar said.

Saldivar said because they’re receiving a high volume of calls, to leave a message and it will be returned. Partially filled out applications can also be found in their North Lobby at 2120 S. 3rd Drive, Phoenix, AZ 85003. Others who wish to donate to help those who need rental and other assistance can donate here.

McGowan adds there is a list of rental and eviction assistance available on the statewide level through the Arizona Department of Housing that can be found here.

McGowan recommends people keep up as best they can on utilities and can find more help through Wildfire’s utility assistance as well.

“We don’t want people to come to the end of that moratorium and see $1,000 utility bills,” McGowan said.