There have been 250,633 confirmed cases of coronavirus and 6,059 coronavirus-related deaths reported in Arizona as of Wednesday. 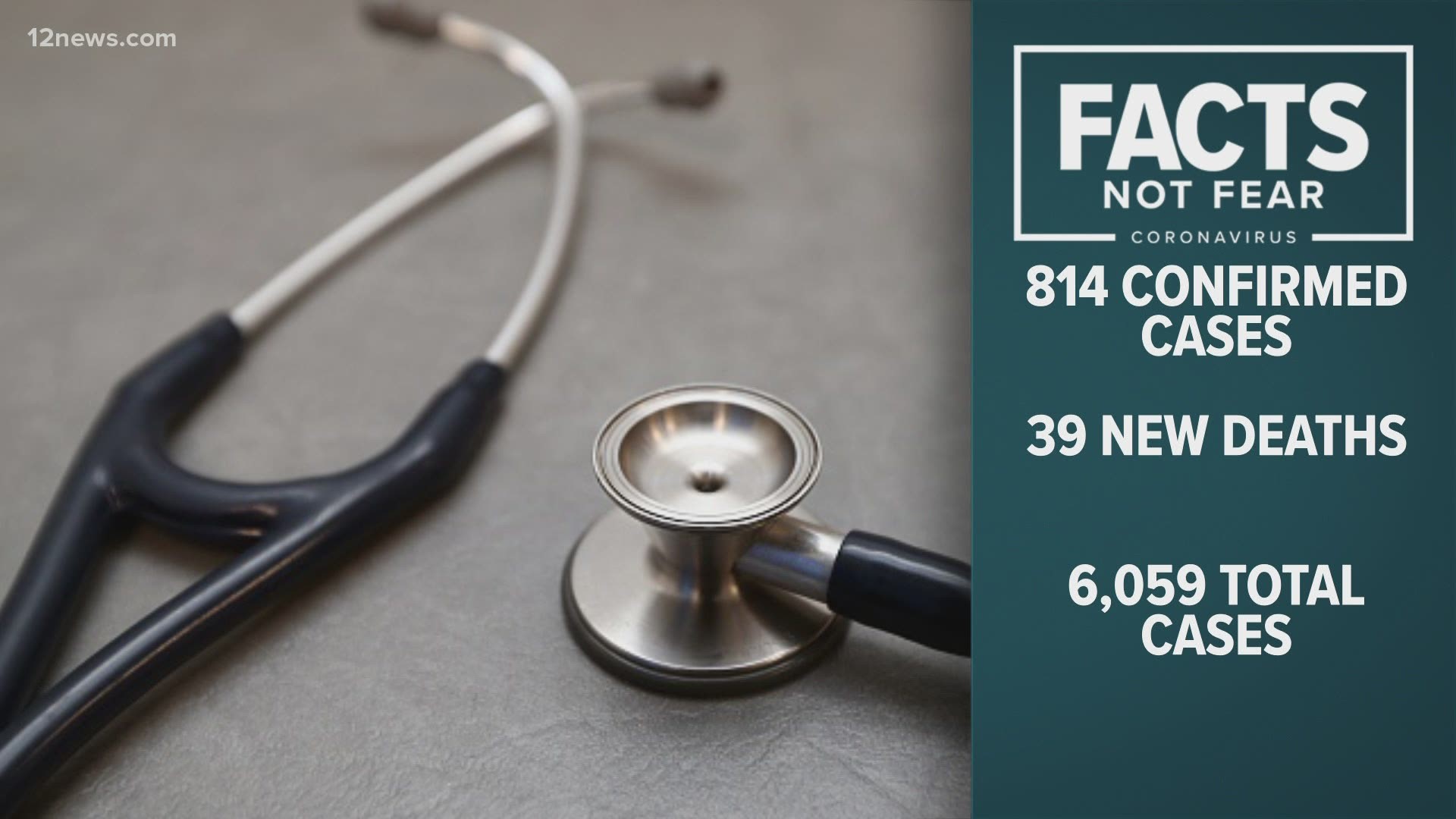 In an effort to track the changes with the coronavirus outbreak in Arizona, 12 News has started a daily live blog.

Here is the live blog for Wednesday, Nov. 4.

There have been 250,632 confirmed cases of coronavirus and 6,059 coronavirus-related deaths reported in Arizona, according to the state's latest numbers.

That's an increase from the 249,818 confirmed cases and 6,020 coronavirus-related deaths reported on Tuesday.

The department reported that 1,065 people were hospitalized as of Tuesday.

The last time the dashboard reported more than 1,000 hospitalizations was in late August when Arizona was recovering from being a national hot spot during June and July.

Hospitalizations dropped to the 400s in September before gradually rising through October.

The Rt is essentially a mathematical number that shows whether more people are becoming infected or less.

The concern is that any Rt over 1, no matter how small, means the virus may grow exponentially.

RELATED: This is the number that health officials are watching closely in the fight against COVID-19 (And you should too)

There were 5,450 cases reported on the collection date of June 29, the day with the most collected diagnoses so far. That is subject to change.

Health officials said the day with the highest number of reported deaths was July 17, when 104 people died. That is subject to change.

Health officials continued to stress that people should continue social distancing, wearing masks in public, and stay home when possible.

Important changes: ICU bed usage by COVID-19 patients has increased to 15% and RT remains high at 1.12.

Read more about the daily coronavirus numbers reported by ADHS at https://t.co/xemZ9dohGo pic.twitter.com/7QQoOIODvF

Biden’s victory makes him only the second Democratic presidential candidate since 1948 to win Arizona.

The former vice president benefited from the state’s changing demographics and successfully won over swing voters.

Trump made an aggressive push to hold on to Arizona, which he won by 3.5 percentage points in 2016.

Democrat Mark Kelly has won the Arizona Senate seat once held by John McCain, according to The Associated Press.

The former astronaut defeated Republican Martha McSally, who was appointed to the seat after McCain’s death in 2018.

Kelly flew combat missions for the Navy during Operation Desert Storm before becoming a test pilot and later an astronaut.

He flew four missions to the International Space Station.

He is the husband of former Democratic U.S. Rep. Gabrielle Giffords, who survived a gunshot wound to the head during a constituent event in Tucson in 2011.

Kelly could be sworn in as early as Nov. 30.

Arizona voters return 7 of 9 US House members to Congress

Arizona voters returned seven U.S. House incumbents to office by wide margins on Tuesday, according to The Associated Press.

But the state’s other two congressional races were too early to call with not enough votes counted.

Those winning reelection include three incumbents who represent heavily Republican districts and four Democrats who also had a registration edge in their districts.

The races for the 1st and 6th districts remained to early to call late Tuesday.

Arizona has joined other states across the nation that have legalized recreational marijuana, according to The Associated Press.

But a ballot measure proposing a new tax on the wealthy to fund education was too early to call.

Voters approved the marijuana proposal that will allow people 21 and older to possess up to an ounce of pot.

Recreational marijuana sales will be permitted and people can grow their own plants.

Possession will become legal when the election results are certified in about a month and sales should begin in May.

The Arizona measure levies a 16% excise tax on pot sales.

Tribal health officials say 127,179 people have been tested for COVID-19 since the pandemic started and 7,605 have recovered.

Most people experience mild or moderate symptoms with the coronavirus, such as fever and cough that clear up in two to three weeks.

But for some — especially older adults and people with existing health problems — it can cause more severe illness, including pneumonia, and death.

The Arizona Department of Health Services has set up two ways for people to report local businesses that are not following COVID-19 guidelines.

People can report businesses through a hotline or through an online form:

“There’s a role for the public as well: If you believe a business isn’t following these requirements, which were established for the safety of customers, employees, and the broader public, ADHS encourages you to share your concerns so local and state officials can follow up as needed,” AZDHS said in a statement.

Free masks available for some Arizonans

The Arizona Department of Health Services announced that some Arizonans would be able to get free masks from the state.

The department partnered with Hanes to provide free face masks to Arizona’s most vulnerable populations.

Anyone who is part of a vulnerable population (including, but not limited to, individuals with medical conditions or individuals age 65 or older), a student (or parents on behalf of students), school staff member or who may not be able to purchase one is able to get a free mask.

Each other will provide five washable, reusable cloth face masks, one order per household.

The department hopes to give out two million cloth face masks.

The Arizona Department of Health Services has released expanded data points regarding coronavirus cases in the state.

The AZDHS website now features the location of confirmed cases in Arizona by zip code.

You can see the current ZIP code map here and can find yours by clicking around or searching for your ZIP code in the top right of the map.

There have been 250,632 confirmed cases of coronavirus and 6,059 coronavirus-related deaths reported in Arizona.

That's an increase from the 249,818 confirmed cases and 6,020 coronavirus-related deaths reported on Tuesday.

There were 814 new cases reported on Wednesday, a decrease from the 1,679 reported on Tuesday.

There was 39 new deaths reported on Wednesday, a slight increase from the 38 reported on Tuesday.

There were 5,450 cases reported on the collection date of June 29, the day with the most collected diagnoses so far. That is subject to change.

Health officials said the day with the highest number of reported deaths was July 17, when 104 people died. That is subject to change.

There have been a total of 2,134,217 PCR and Serology tests reported to the state as of Wednesday.

9.6% of those tests have been positive as of Wednesday, the same as Tuesday.

Here's a breakdown of the number of cases in each county:

Click on the links below to find more information from each county's health department:

COVID-19 is believed to be primarily spread through coughs or sneezes.

It may be possible for the virus to spread by touching a surface or object with the virus and then a person touching their mouth, nose or eyes, but this is not thought to be the main method of spread, the CDC says.

You should consult your doctor if you traveled to an area currently affected by COVID-19 and feel sick with fever, cough or difficulty breathing.

There is no vaccine for the coronavirus, so the best way to prevent COVID-19 and other respiratory diseases is to:

You can text FACTS to 602-444-1212 to receive more information on the coronavirus and to ask questions. 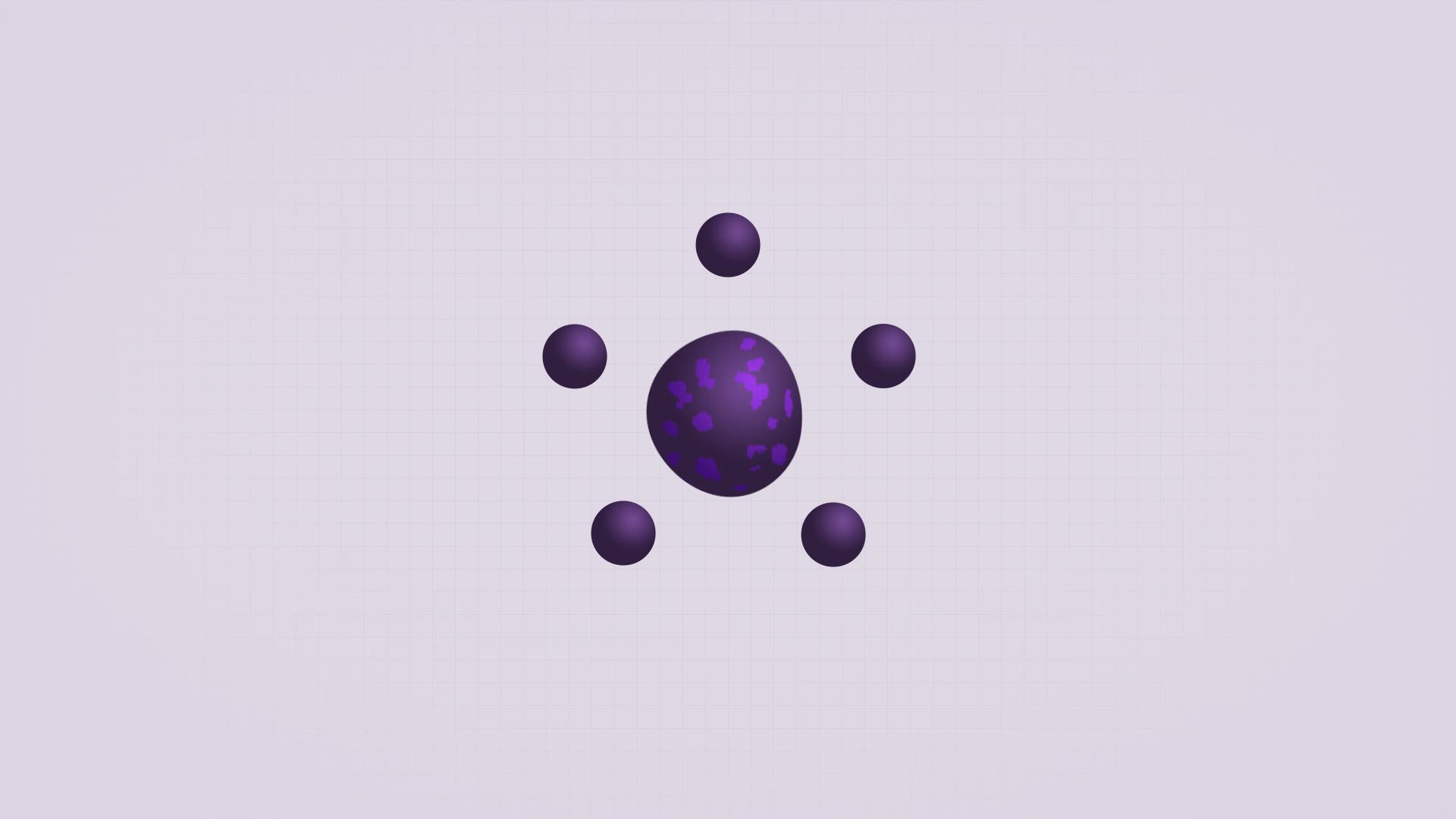 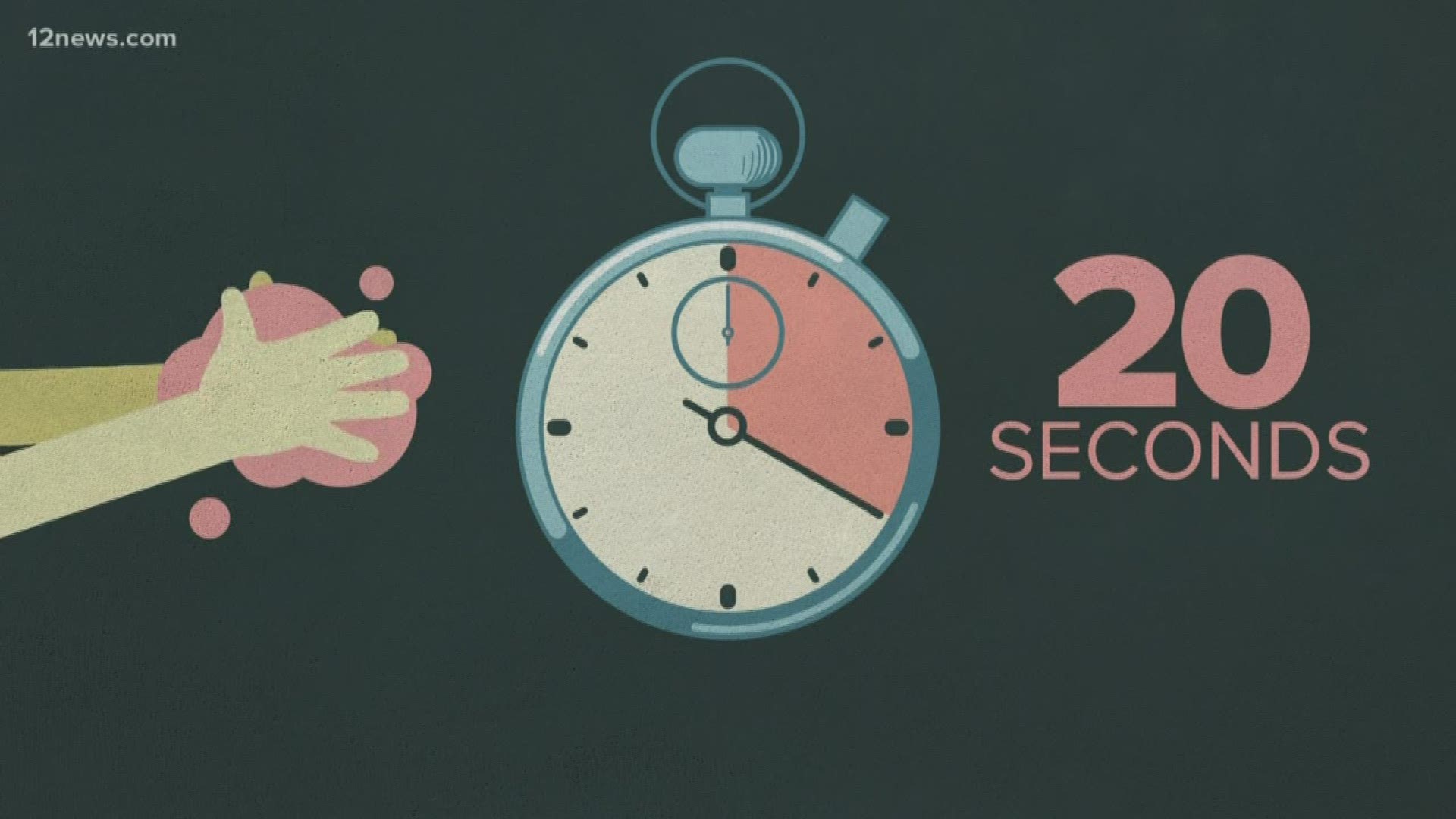