Harvard study: Arizona is thousands of tests behind what is needed to 'mitigate' the spread of coronavirus

Long lines continue to be the norm at some testing sites in the state. 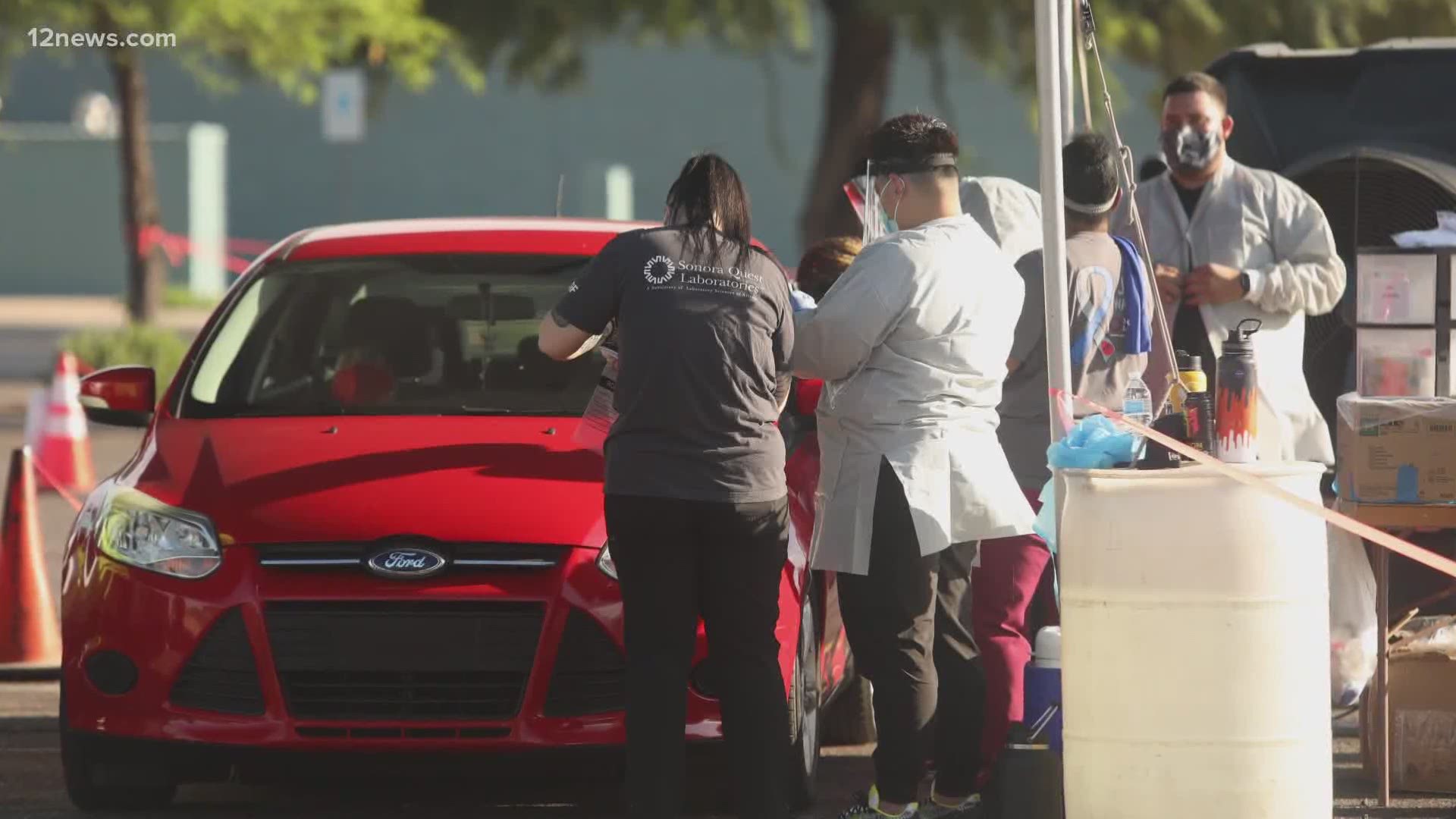 PHOENIX — Arizona continues to see record-breaking days for the number of coronavirus cases reported. Testing sites have been packed with lines backing up for hours.

Recent analysis by the Harvard Global Health Institute says Arizona still is lagging behind on testing by tens of thousands of tests per day.

In a report first published by NPR, the study lays out two thresholds for tests. One to help mitigate the spread of the virus and the other threshold to suppress the virus.

Arizona does not come close to either threshold.

Arizona is currently a hot spot in the United States for coronavirus cases.

Yvette Toledo felt the struggles of getting a test first hand.

“It does not feel like this is a modern healthcare system we are in,” Toledo said.

She was caught in a bind, after her ex-husband called saying he had tested positive for coronavirus and exposed her two children to the virus.

What they found was hurdle after hurdle, with test sites filled up or restrictions on who could be tested.

When Toledo found a location, they would sit in line for three hours.

Her son would test positive, joining the nearly 80,000 Arizonans diagnosed with coronavirus. Toledo said thankfully his symptoms have been mild.

However after the hurdles she faced, Toledo said she believes the numbers of those infected are even higher.

"It just means the virus is unchecked," Dr. Matt Heinz, a hospitalist with the Tucson Medical Center said.

Heinz has watched as hospital beds there have filled up to record levels, but still he said the hospital is struggling to get the needed rapid response tests. The lack of rapid tests means an inefficient use of limited resources.

“It feels so strange to be on the front lines with these amazing colleagues  I work with and not know where the enemy is," Heinz said.

RELATED: Hundreds tested for coronavirus in Phoenix Saturday; some say testing was hard to find