The death toll in Hall County has risen from 15 last week to 23 this week. 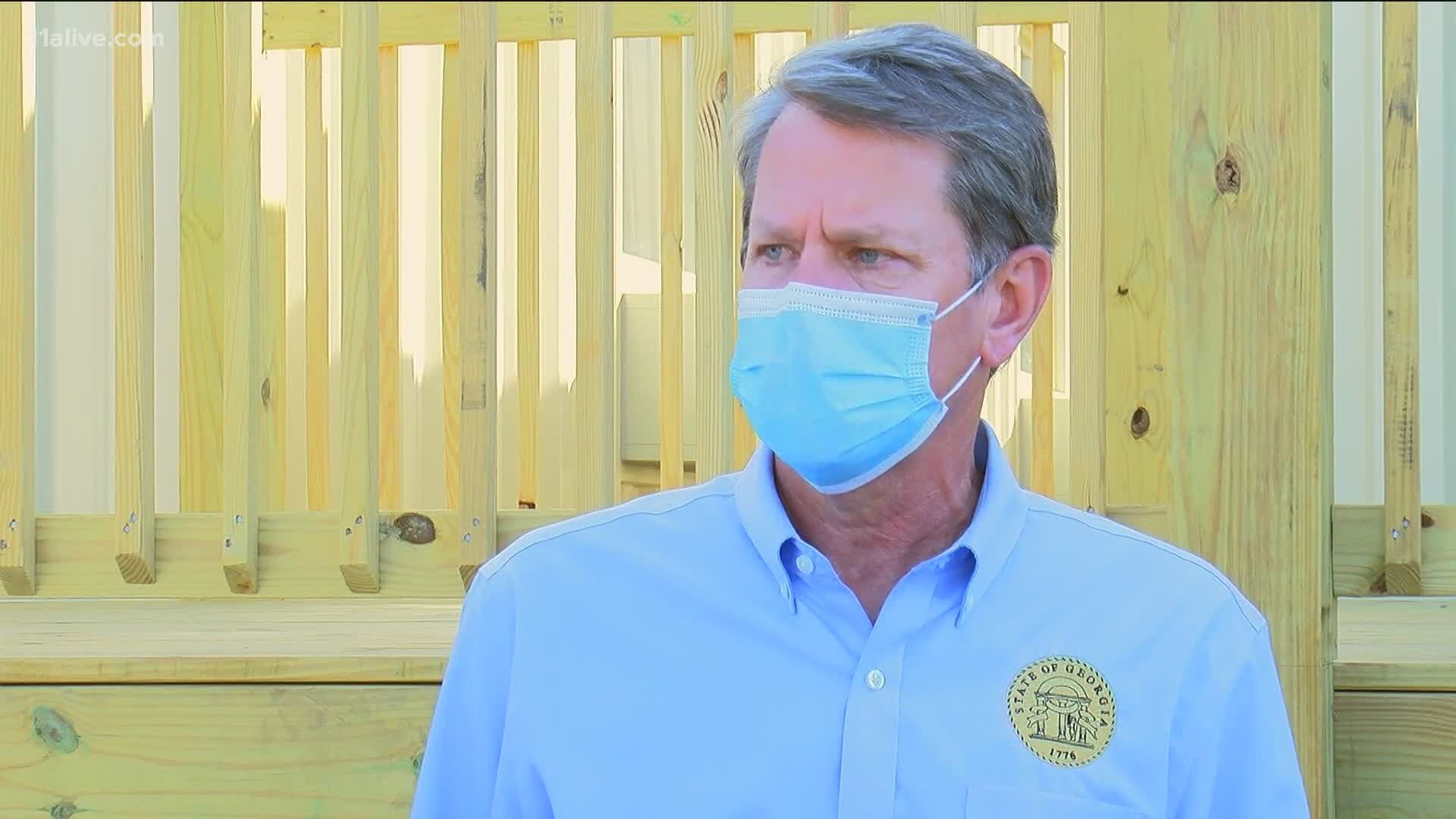 HALL COUNTY, Ga. — While medical crews have been mobilizing in the fight against COVID-19 in hard-hit southwest Georgia, there may be a new cluster emerging in Hall County.

On Tuesday, Gov. Brian Kemp toured a temporary medical pod set up at Phoebe Putney Hospital in Albany, in Dougherty County, adding that another unit like it will soon be erected in the other end of the state in Hall County.

"One of the places that we are going to be standing a unit like this up is in Gainesville, which is something that we are probably going to need right now, they are being stressed pretty hard up there," the governor said.

Over the last several weeks, the state has been focused on containing the virus in counties surrounding Albany, as cases and deaths spiked there. It’s worked, with significantly fewer people becoming infected and hospitalized recently.

But while there are signs of some success in southwest Georgia, Hall County could be seeing warning signs. Last Tuesday, the county had a confirmed case rate of 544 per 100,000 people. Exactly one week later, its rate is now 881.That’s much higher than nearby counties in metro Atlanta and North Georgia.

The death toll in Hall County has also risen from 15 last week to 23 this week.

“We already have contractor medical staff up there on the ground today, we got the mobile unit that’s being stood up. I hope we won’t need it but it's going to be there in case we do," Kemp said.

Already established is the medical site at the World Congress Center. Kemp said there are patients there right now, but they are few, adding that these sites will be prepared for whatever happens next in the coming months.

“We know that this isn’t going away anytime soon, so I think we will keep this facility stood up, even if it's not being used, I think for the foreseeable future," Kemp said. "So, whatever happens in the fall, or until we get a vaccine, it will just have us continue to be ready."

Airbnb: Don't throw parties at houses during COVID-19 pandemic or we'll ban you and get the police involved