Get ready for the thunder: Country Thunder has been rescheduled 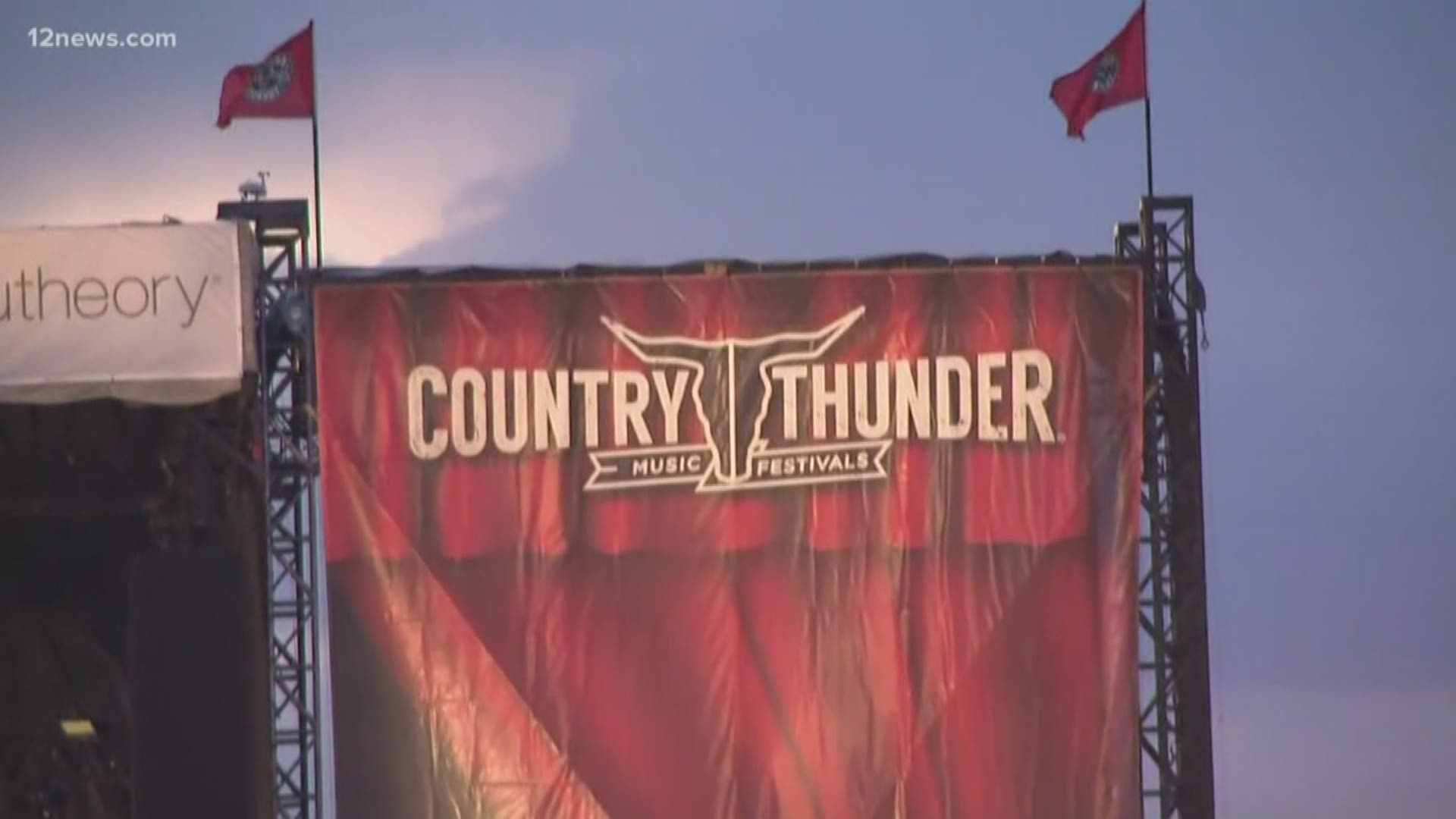 PHOENIX — *EDITOR'S NOTE: The video above is from November 2019*

Country music fans, get excited! Country Thunder announced Tuesday that the four-day festival in Florence has been rescheduled for Halloween Weekend 2020.

The annual festival, which normally takes place in April, was postponed last week due to the COVID-19 pandemic, but today, organizers said it will take place on October 29 through November 1.

“You always look forward to getting back to the desert,” Country Thunder CEO, Troy Vollhoffer, said in a press release. “Arizona is an annual highlight for the entire Thunder team, and I think this year will be even more special."

The four headliners that were announced last November re-confirmed that they will play Halloween weekend.

A full artist schedule will be released later this week.

If you want to buy four-day general admission passes, reserved seats, Platinum tickets, single-day tickets or make reservations for camping or glamping, you can find all of that information on countrythunder.com.

RELATED STORIES:
- Country Thunder Arizona postponed
- #SendTheLove to your friends and family, and we might share your message on TV
- LIST: Events, schools, sports canceled in Arizona for coronavirus concerns