Many restaurant and bar owners who were planning to open up or defy Gov. Ducey's order are hearing his warning, threat to pull liquor licenses. 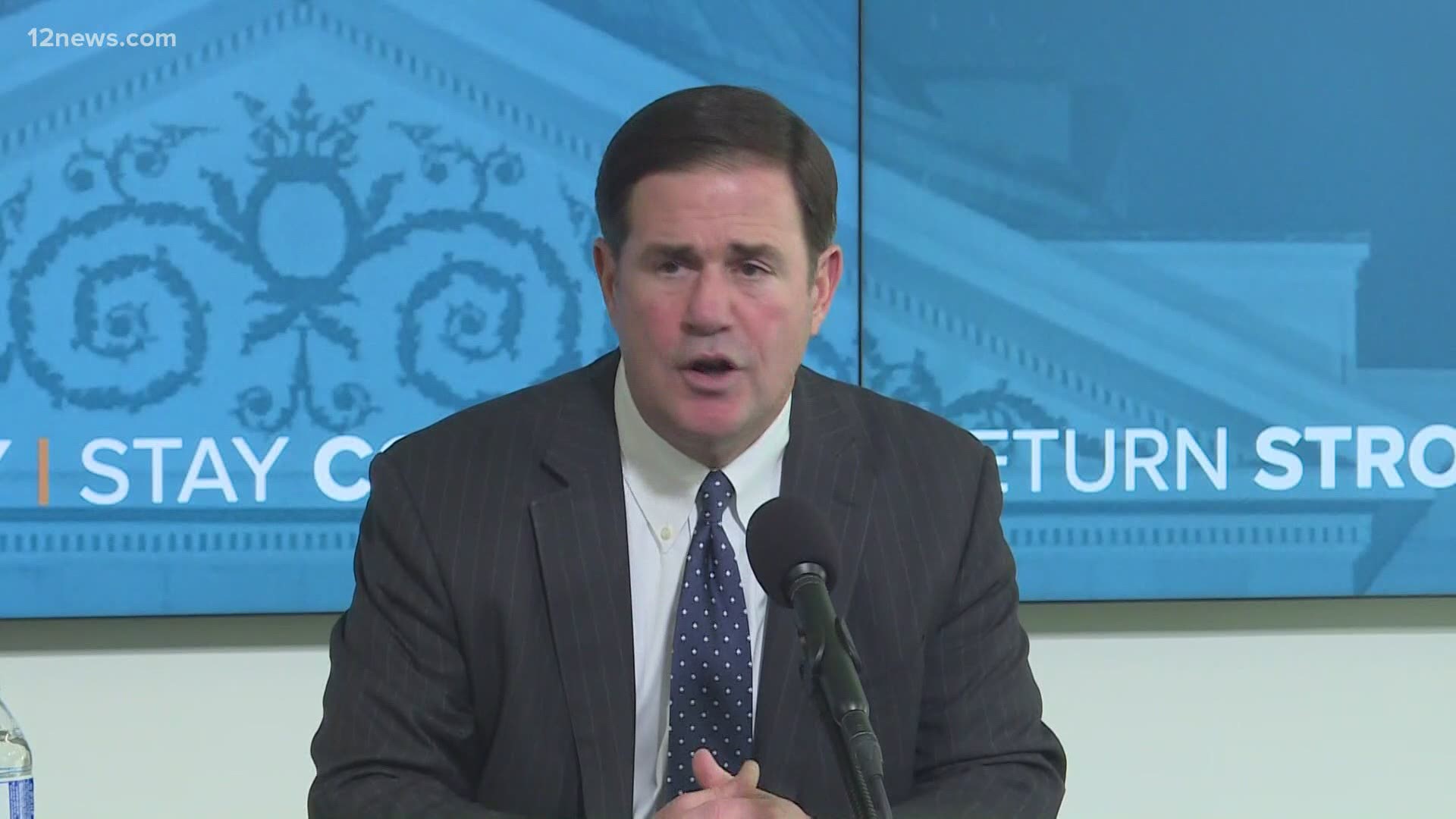 PHOENIX — There was a time early in the week when the dark storm clouds of the coronavirus seemed to be parting for restaurant owners, but the clouds rolled back in with Governor Doug Ducey’s press conference Wednesday afternoon.

Buffalo Chip Saloon owner Larry Wendt announced Monday that he planned to re-open Friday, assuming the governor would have extended the order by the week of the deadline if he planned to do it at all.

But on Wednesday Ducey extended the Stay Home Stay Healthy Stay Connected order until at least May 15th. Wendt said he and his staff in Cave Creek couldn’t believe it.

“We had three employees here when he announced it, and they all cried,” Wendt said.

Since Ducey suspended restaurants from providing dine-in meals on March 19th, Wendt has furloughed most of his 121 staff members. He says the business takes $22,000 a day to run and that since he’s gone to take-out only he’s bringing in about $400 per day.

That’s why he considered defying the order.

But then the governor continued. When asked a question about business owners who might defy the order, Ducey did not mince words.

“For those who own an establishment and are publicly going to [flout] the order, you are playing with your liquor license,” Ducey said Wednesday before adding, “Don’t do that.”

That simple answer melted the resolve of many Valley restaurant owners who depend on alcohol sales to make a profit.

“When you’re going to take my liquor license – without a hearing – you’ve put me out of business,” Wendt said. “You’ve ruined the chance of even selling something like this [restaurant] without a liquor license.”

Wendt and his staff spent a week preparing to open with changes to the business geared toward concerns over coronavirus. They limited the capacity of each section of the massive seven-acre saloon by 75%. They replaced hard silverware with disposable forks, knives, spoons, and napkins. They switched to plastic cups. They had gloves and masks ready for employees.

Now they’ll have to wait to use those things if they end up using them at all.

“I understand how serious this disease can be, but I also understand the impact its had on 121 people’s lives,” Wendt said, speaking of his employees. “It should be there choice. It should be my choice to operate the business. If my customers don’t want to come in, I understand.”

Governor Ducey said restaurants may be able to open as soon as May 12th or possibly slightly later when the extended order is again set to expire on May 15th. He asked business owners for patience.

Wendt says he’s running out of patience and money.

“Every week is another $100,000. Where does that money come from?” Wendt asked. “The Buffalo Chip opened in 1951. It’s been through so much: economic ups and downs, wars; but this is what will take places like the Buffalo Chip down.”