Her son says she was denied a possible lifesaving treatment when she was hospitalized with COVID-19. She was placed on a ventilator and ultimately lost her life. 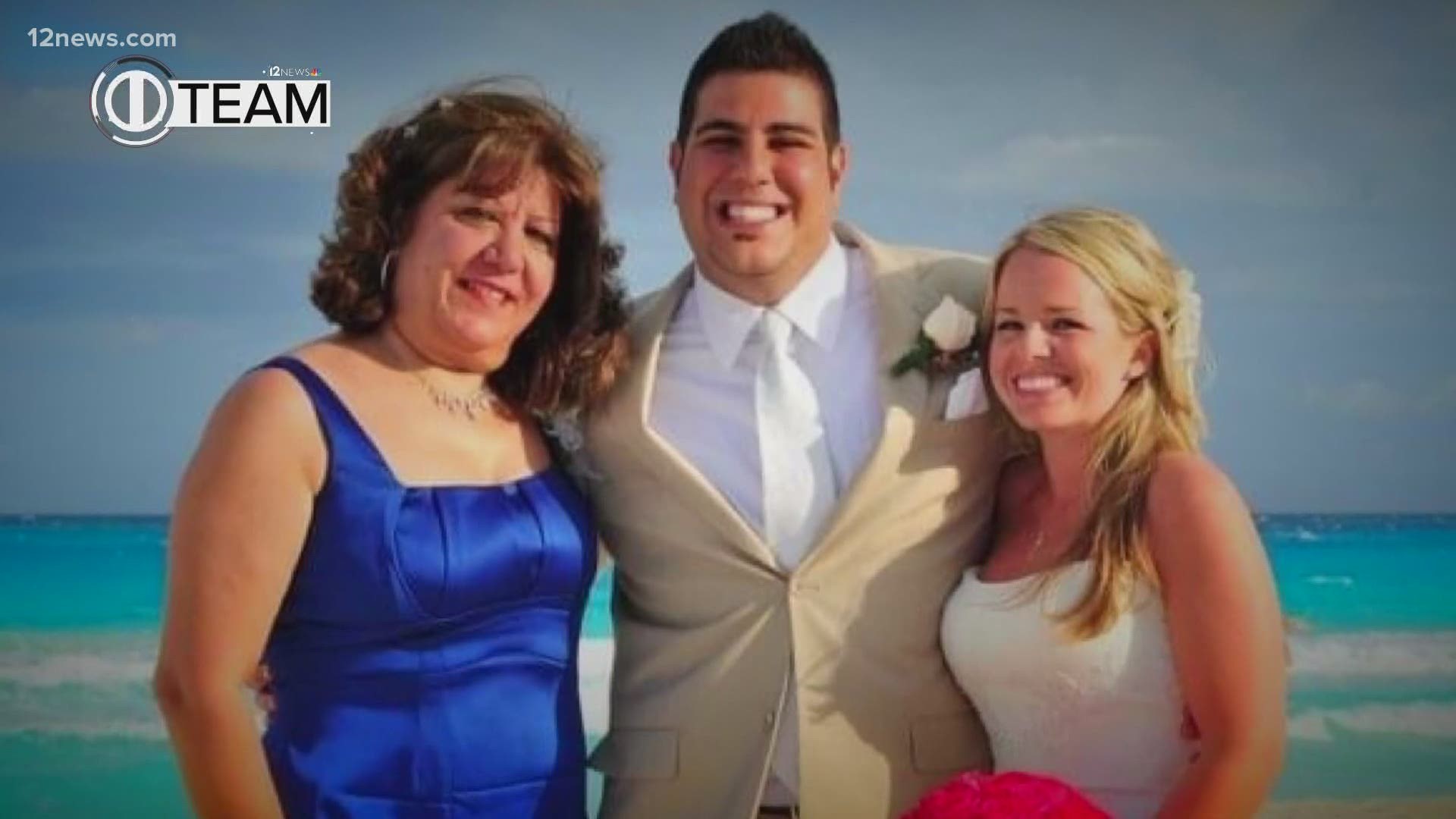 PHOENIX — After months of testing delays, hospitals nearing capacity limits, and a summer surge of COVID-19 in Arizona – one man says his family is facing the devastating consequences.

On August 26, 64-year-old Helen Betyou of Peoria lost her life to coronavirus. She was admitted to the hospital on July 13 and spent more than a month on a ventilator.

First, Betyou said the delay in receiving his mother’s COVID-19 test results may have delayed her getting treatment, and ultimately her treatment options.

Helen and her husband were first tested for the coronavirus on July 1.

At that time, hospitals were considering implementing “Crisis Standards of Care” due to the surge in COVID-19 cases that were limiting ICU beds in hospitals all across the state – and laboratories reported ongoing delays for testing.

Arizona is receiving 361 cases of Remdesivir, a promising antiviral drug shown to lessen the effects of #COVID19 & even save lives, from @HHSGov. The shipment will bolster state supplies with added capacity to treat thousands of additional patients, if needed.

Two days later, on July 13, Helen was admitted to Abrazo Arrowhead Hospital in Glendale. She would receive her test results later that day. That same day, Helen’s sister-in-law, Maria Pityou, was admitted too. Both women are 64-years-old, and both even shared a room in the hospital.

By then, the Arizona Department of Health Services reported a record number of people occupying ICU beds – and hospitals had just 10 percent capacity available for new patients.

More than 123,000 Arizonans had tested positive for the virus, and 2,245 had lost their lives at that point.

But only one of the two women would begin receiving the potentially life-saving medication, remdesivir. Betyou’s aunt, Maria.

Betyou, showing 12 News correspondence with his mother’s provider said the doctor, was unable to prescribe the same drug to his mother.

In May 2020, the Food and Drug Administration issued an Emergency Use Authorization for remdesivir, brand name Veklury, for patients with severe coronavirus.

And on Friday, the FDA expanded the Emergency Use Authorization to include treatment for any COVID-19 patient, adult or child, regardless of the severity of their disease.

The antiviral showed promise in clinical trials, according to the manufacturer, Gilead. Still, it’s lifesaving ability remained uncertain, according to studies shared by National Institutes of Health.

Despite the uncertainty, Betyou wishes his mother could have been treated with the medication too.

“We won’t know what would’ve happened if she would’ve gotten it and that’s what’s kind of killing me inside,” Betyou said.

Abrazo Arrowhead has not provided 12 News a copy of their remdesivir policy.

A spokesperson for the hospital, Patti Tanner, did not answer 12 News’ questions regarding the hospital’s remdesivir treatment policies; instead, Tanner provided a statement via email:

“We are committed to providing every patient with excellent care in accordance with the patient’s treatment plan as determined by his or her physician and their clinical conditions.  In the case of Covid, our physicians rely on recommendations made by the CDC, FDA and other expert bodies who have published official guidelines.  We at the hospital stay up to date on those recommendations to provide them to our care team to help inform their decisions to balance risks and benefits of all therapies.  Patient care plans are discussed with families so that they are aware of the care being provided for their loved ones and involved if key decisions points exist.”

The Arizona Department of Health Services published their own guidance for hospitals regarding remdesivir distribution in June, which acknowledged the shortage of medicine for an increasing patient pool.

“Even with this restrictive use, hospitals have had to further refine their criteria for use in order to apply this limited resource to their large patient population,” the ADHS memo states.

While the memo is detailed in its’ list of first and second priority patients to receive the drug, it does not  include onset date of symptoms as one of the criteria for determining a patient’s eligibility.

For Betyou, the different responses only further muddy the waters as he and his family mourns his mother.

“My dad is pretty broken. 42 years with the love of his life. I’m heartbroken for her,” Betyou said.

On July 24, Betyou said he spoke to his mother over Facetime. It was the last time he would speak to her – as she was later put on a ventilator.

“When I saw her at the end, I didn’t recognize her and it’s kind of burned an image in your head,” Betyou said. “You’ll never forget that, unfortunately.”

Betyou said he looked for other treatment options – and hoped his mother could eventually come off the ventilator. Despite his efforts and conversations with the doctors, he said little changed for her – and he hopes his story will raise awareness – and empower other patients’ families to ask questions of their providers.

“I think Arizona residents need to know what the current healthcare system setup is in Arizona,” Betyou said. “What hospitals can and can’t do and are they equipped enough to treat Arizonans.” 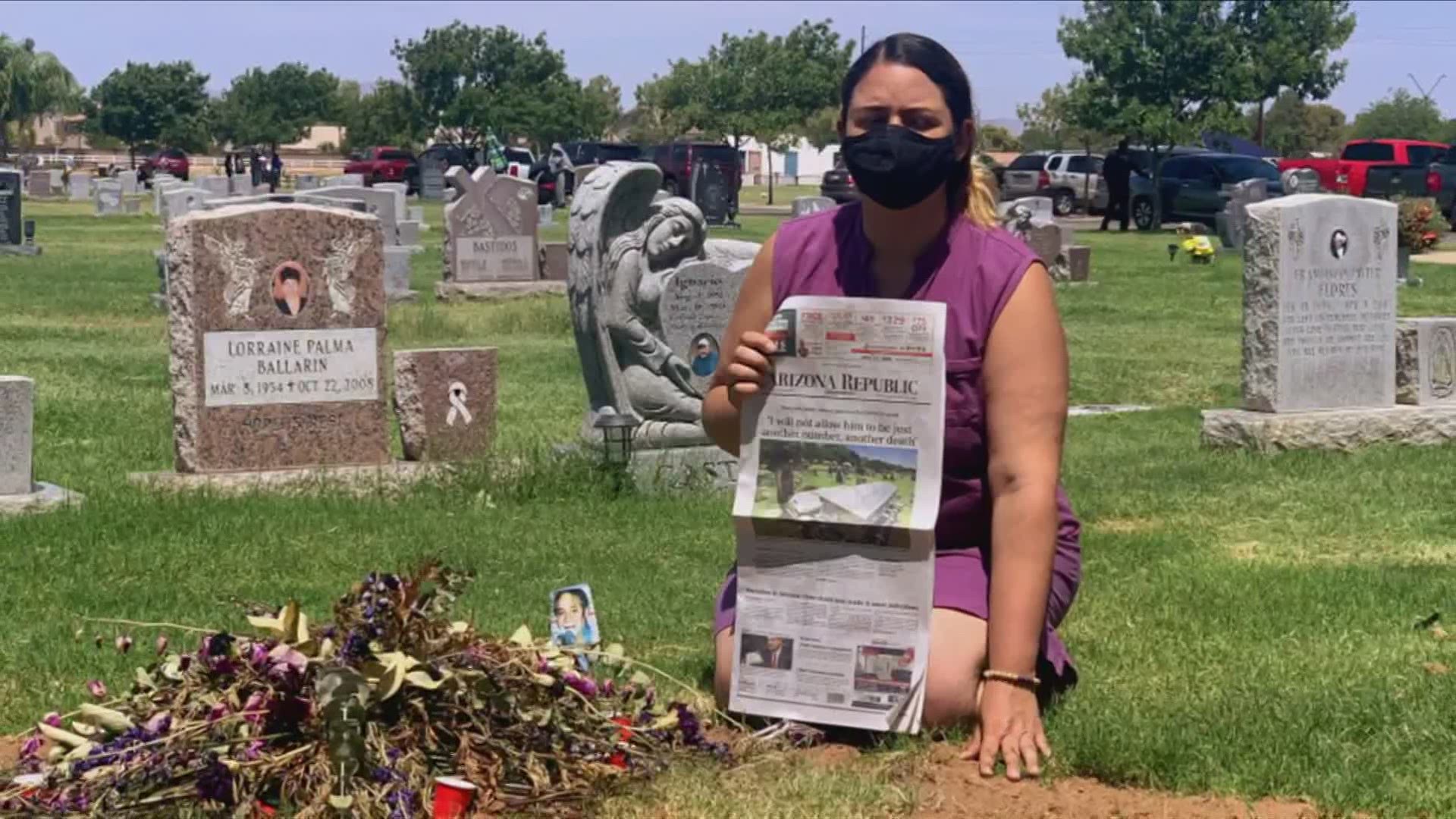