The CARES Act states those benefits will expire on or before July 31, 2020. That language is the key distinction, and Congress doesn't have much time left to act. 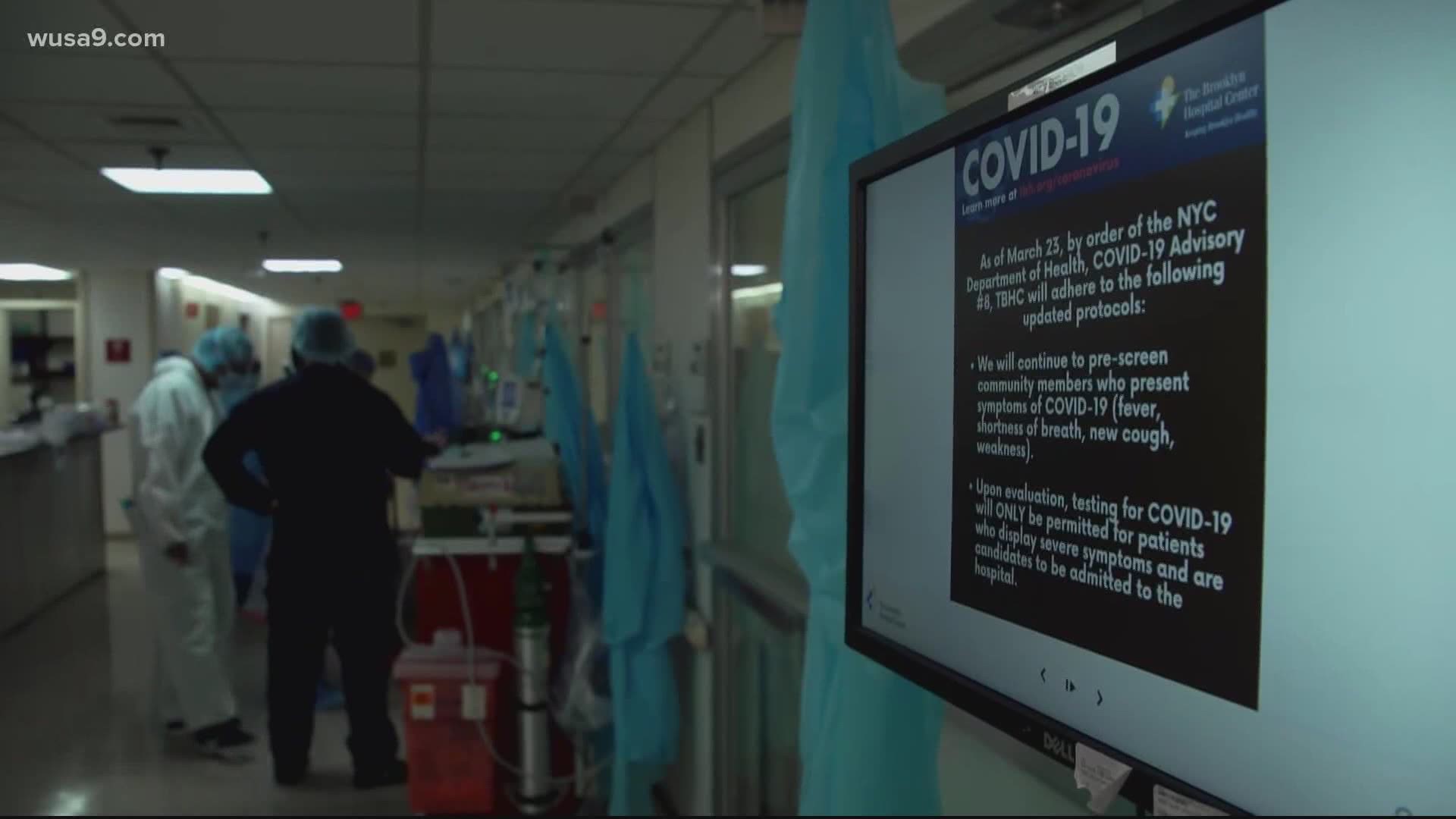 WASHINGTON — Congressional lawmakers don’t have a lot of time to extend federal benefits provided by the CARES Act.

Senate Majority Leader Mitch McConnell and members of President Trump’s administration have already said the first order of business will be a new coronavirus relief package.

The House of Representatives, meanwhile, already approved a more than $3 trillion bill two months ago.

The clock is now ticking on a lifeline for millions of Americans -- the extra federal unemployment benefits. Those are set to expire on or before July 31, and that language is where the distinction is.

This is because states typically pay out unemployment benefits on a weekly cycle that ends on a Saturday or Sunday.

So, states could end the $600 extra payments on Saturday, July 25 or Sunday, July 26, rather than on the very last day of the month, which is a Friday.

The text in the CARES Act states, "Such payments shall apply to weeks of unemployment beginning after the date of the agreement and ending on or before July 31, 2020."

A USA Today report cites a statement from the U.S. Department of Labor, saying -- "The [Federal Pandemic Unemployment Compensation] $600 can be paid for weeks ending no later than the week ending prior to Friday, July 31, 2020,'' the U.S. Department of Labor said in a statement. "For all states except [New York], that is Saturday, July 25. New York’s end date is Sunday, July 26."

Keep in mind, Americans will still get state unemployment benefits, but if the $600 weekly boost goes away, it will leave tens of millions of people with thousands of dollars less each month.

That makes things like rent, groceries, and other essentials more difficult to pay.

Experts say it could take several weeks to reauthorize any new aid that comes out of the next relief package if Congress doesn't extend those benefits by the end of this weekend.

The expectation by some is that the federal boost won’t go away. It will just be lower than what it has been for the last few months.

There’s another deadline that’s looming too -- another recess. The House is scheduled for one after Friday, July 31, and the Senate has a recess scheduled the following week after August 7.

House Speaker Nancy Pelosi (D-Calif.) has said recently she would consider delaying or getting rid of that recess if needed.

Senate Majority Leader Mitch McConnell hasn’t suggested yet that he would do the same.

This week, Congress is back from recess, and time is running short to come to an agreement on another stimulus package.

One of the things set to run out on July 31 are the extra unemployment benefits. However, that date might come sooner than expected…#GetUpDC @wusa9 pic.twitter.com/PRdpSA63rs

RELATED: States get guidance from U.S. Dept. of Labor over extra $600 in unemployment benefits