The city's famous landmarks were devoid of the usual crowds of visitors as people quarantined in their homes. 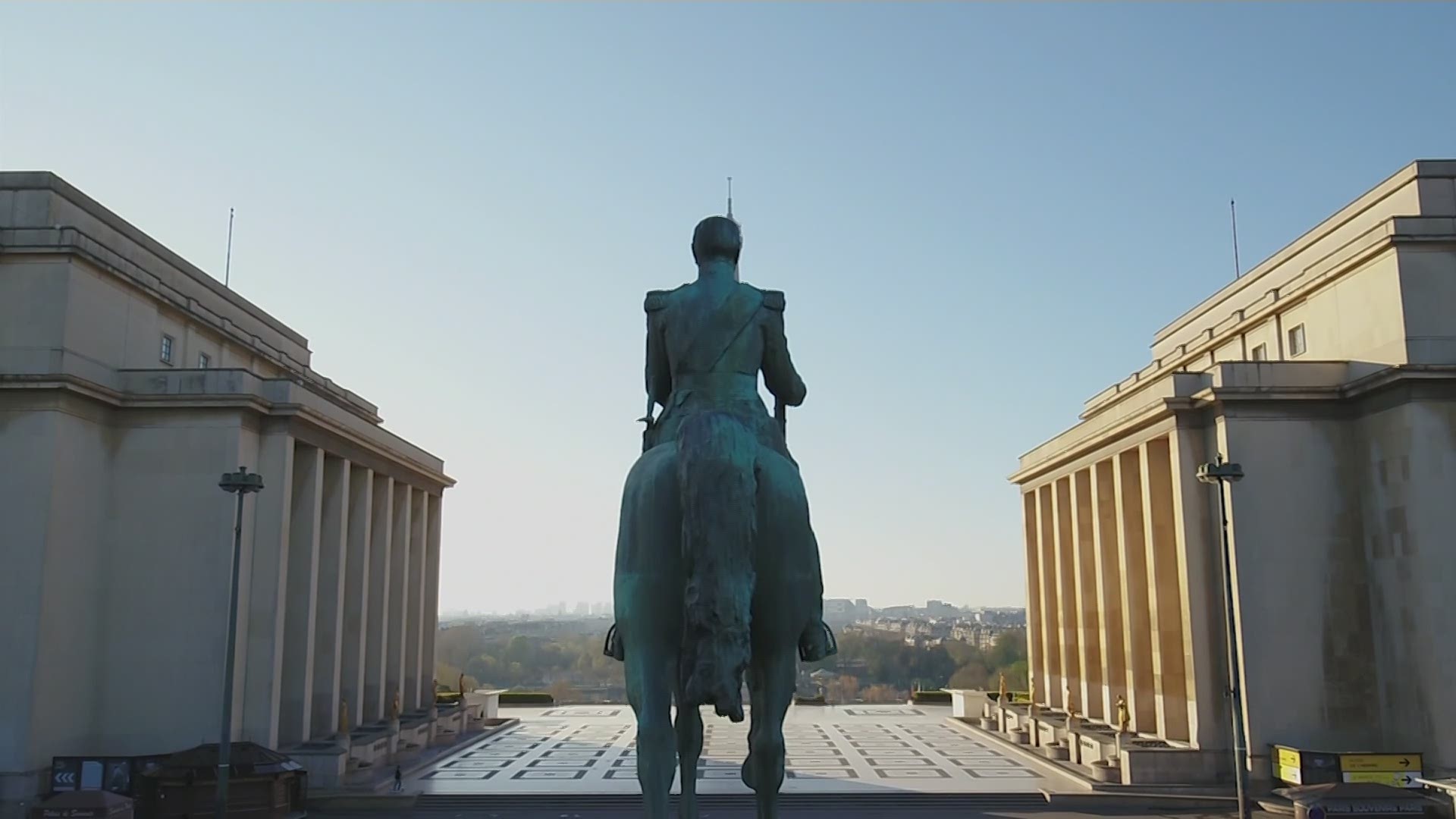 PARIS, France — Drone footage filmed in Paris showed the streets of French capital eerily abandoned as it remained in lockdown to curb the spread of the new coronavirus.

The city's famous landmarks were devoid of the usual crowds of visitors over the weekend, with people urged to stay indoors and protect themselves and their families.

As of Tuesday, France has reportedly nearly 99,000 cases of COVID-19 and almost 9,000 deaths, according to Johns Hopkins University.

France’s health minister has reported the country’s highest 24-hour death toll recorded in the country since the COVID-19 pandemic began.

Credit: AP
An image from a drone shows nearly empty streets in Paris as people quarantine during the COVID-19 pandemic, April 5, 2020.

Though some predicted that the infection rate might start to slow, Veran said that “we have not reached the end of the ascent of this epidemic.”

France has only recently started counting nursing home deaths in their COVID-19-related death counts, and previously only reported deaths in hospitals.

For most people, the new coronavirus causes mild or moderate symptoms, such as fever and cough that clear up in two to three weeks. For some, especially older adults and people with existing health problems, it can cause more severe illness, including pneumonia and death. The vast majority of people recover.

RELATED: 'No model is perfect': A look at how coronavirus projections are made

RELATED: Think twice before dying or cutting your own hair during the coronavirus pandemic

RELATED: Student's parents celebrate her recovery from COVID-19 with T-shirts