Those who were eligible were expected to be able to apply starting at 6 p.m. Tuesday, but the launch was temporarily delayed. 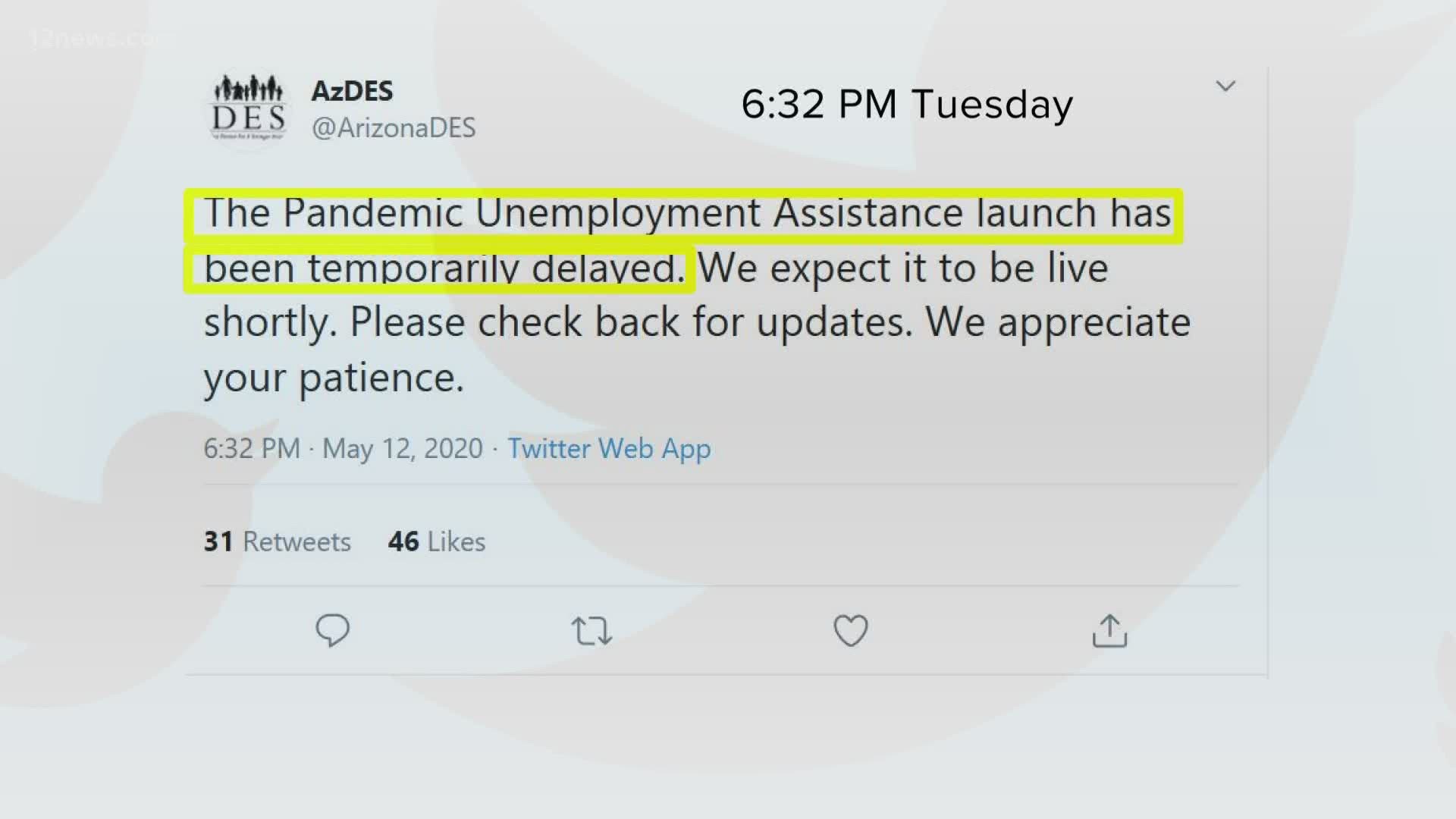 PHOENIX — The Arizona Department of Economic Security expanded unemployment benefits for those affected by the COVID-19 pandemic to include self-employed workers Tuesday.

This is part of the new Pandemic Unemployment Assistance program, which was expected to get unemployment benefits out faster.

Those who were eligible were expected to be able to apply starting at 6 p.m. Tuesday, but the launch was temporarily delayed.

The system was not up and running until after midnight on Wednesday.

It includes anyone who was deemed "monetarily ineligible" when they previously filed for unemployment.

According to DES, beginning this week the new system will allow for applications to be processed and payments to begin for people who are eligible for claims the same week.

This comes as the state of Arizona is dealing with record numbers of people filing for unemployment.

Since the pandemic began, there have been 1,652,712 unemployment claims in Arizona. In the 11 weeks before the pandemic, there were 240,277 claims.

RELATED: Another $1,200 may come your way in a new stimulus bill