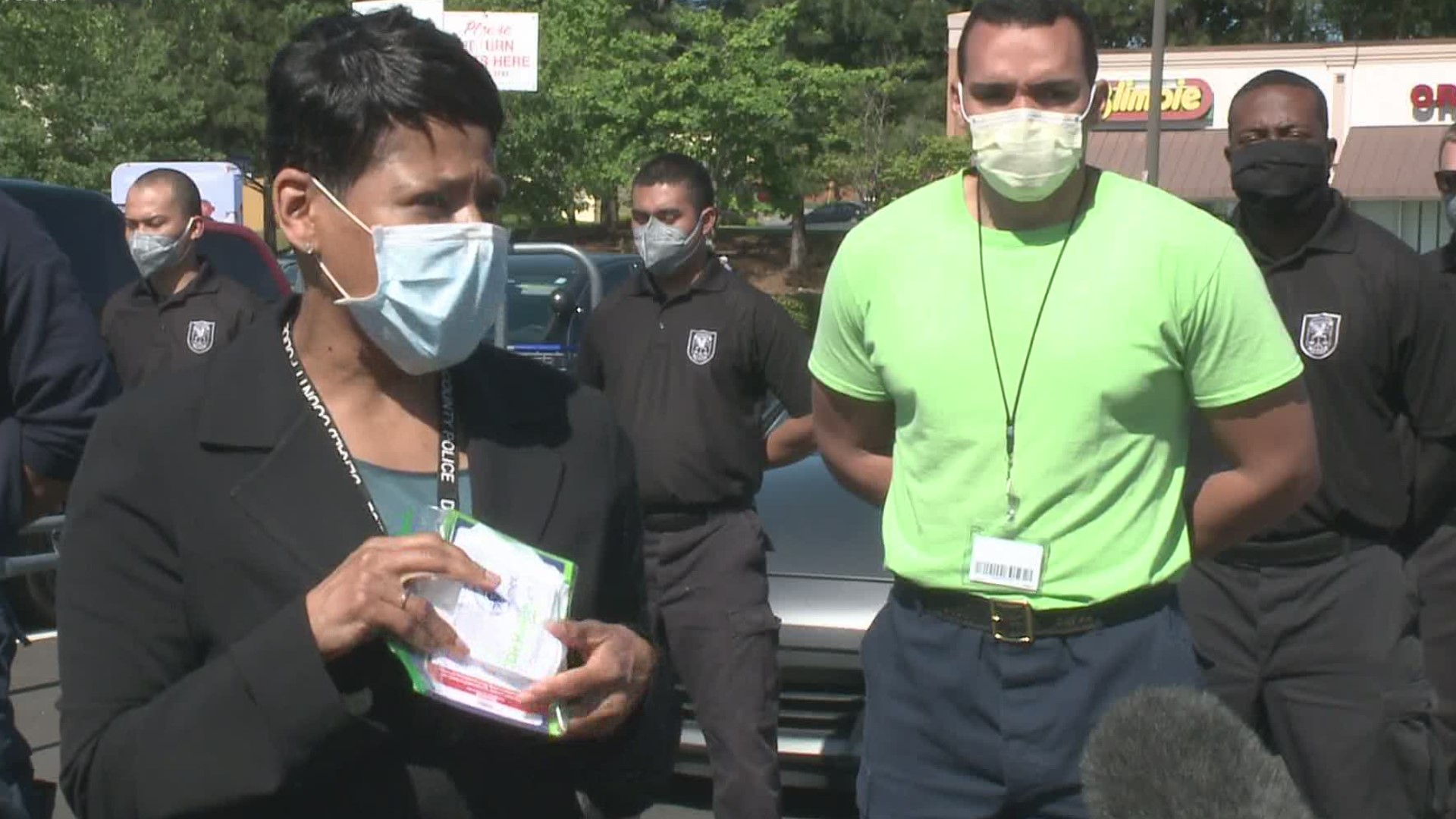 DECATUR, Ga. — DeKalb County’s government distributed hand sanitizer and protective masks to residents at a south DeKalb shopping center Wednesday.  It highlights the county’s effort to get basic protective supplies to areas where COVID-19 has spiked.

State data shows DeKalb’s per-capita COVID-19 rate is metro Atlanta’s highest. Within DeKalb, the highest numbers are mostly in zip codes to the east and south – where census data shows more people of color, and lower levels of income.

“If you look at the income piece of it, if you’re an hourly worker and you have to report to work, then you put yourself at risk every day that you leave” home, Ford said Wednesday.

RELATED: African Americans are disproportionately dying from COVID-19. Here are states with the worst disparities

Ford added that people of color, regardless of income, are also more at-risk because they often get overlooked by insurers and medical professionals.

In Nailah Plummer’s case, she said her lack of a mask wasn’t about her income or color. She said she simply forgot to bring along her homemade mask when she paid a visit to her neighborhood Kroger.

“When you’re on the go, quick on the go, sometimes it’s hard to think about your mask. We’re not used to doing that. We’re just not,” said Plummer, moments after she accepted a free mask and hand sanitizer from DeKalb police and fire recruits stationed outside the store.

DeKalb officials say they have distributed thousands of masks and hand sanitizer bottles in a process they expect to be ongoing – including more this weekend – as long as supplies last.

Family recovers from coronavirus, gives others strength and hope to overcome it