While several cities and counties across Arizona have issued mask requirements, not everyone is wearing a face covering in public. 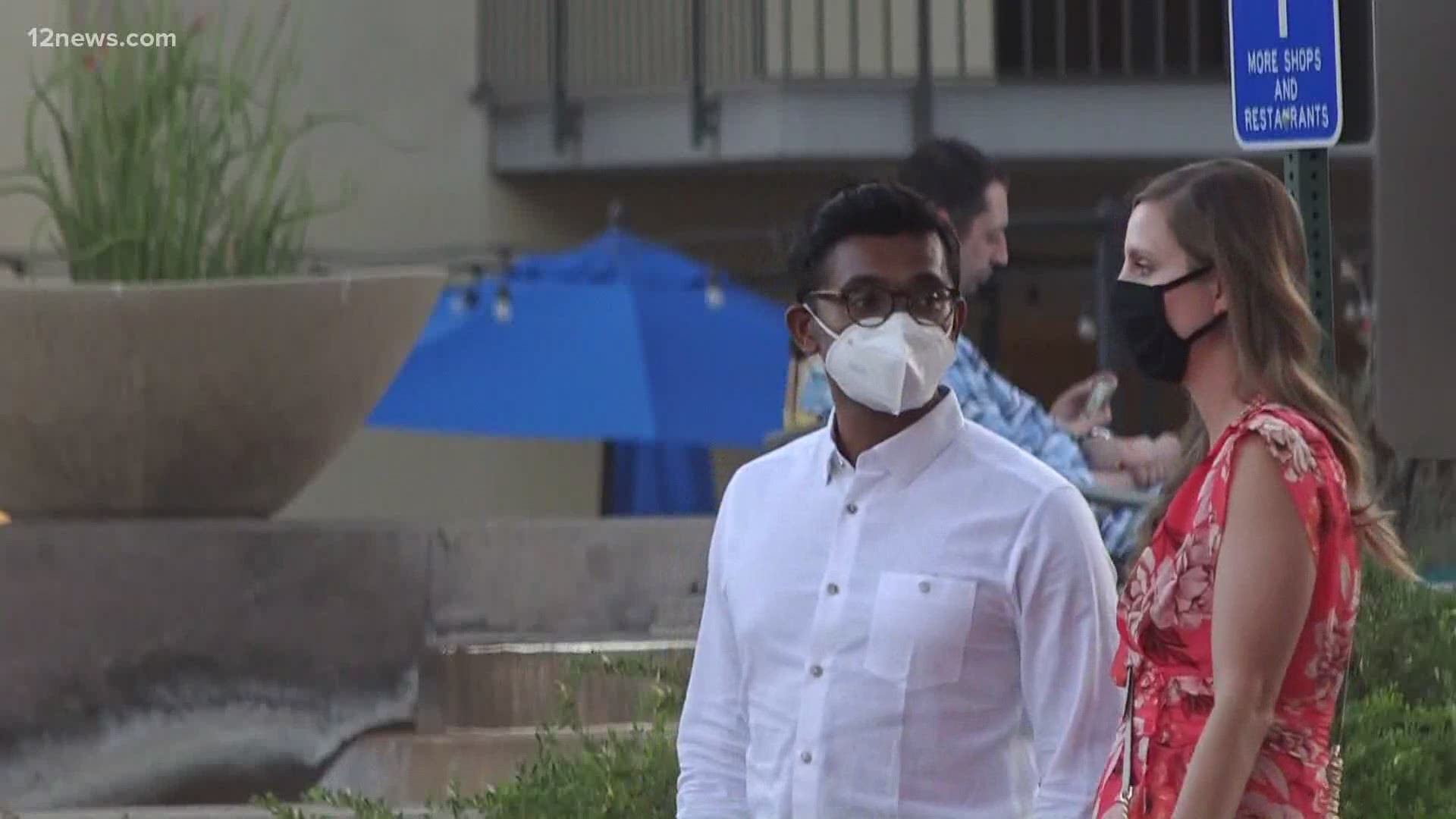 Mask requirements in cities, communities and counties across Arizona are now in effect, but not everyone is masking up.

Social media has been lighting up with push back as some say they won’t put a mask on when heading out in public.

Comments include things like, “Government overreach to put it nicely.”

Another said, “I’m not wearing one regardless…mandatory or not.”

While another commenter said, “When I see speeders do the speed limit, people use their turn signals… I will take it more serious about wearing a mask. Give me what I want and I’ll give you what you want.”

Scottsdale Councilman Guy Phillips also posted a flyer advertising a rally coming up on Wednesday against the Scottsdale mask mandate.

Councilman Guy Phillips
Here it is! See you Wednesday!

The flyer reads in part, “We believe education – not mandates – is the best way to handle this health concern," adding, “We oppose government intrusion into our personal choice.”

“I call myself a ‘triple threat’ of susceptibility,” Wendell Rote said.

Rote is someone you’ll see wearing a mask in public when he can’t be physically distant. He has Crohn’s Disease, he had cancer and that led to a liver transplant last year.

“I’m more susceptible to getting it, so I may be walking around with the virus and spreading it,” Rote said. “So I wear a for the dual purpose of, I don’t want to catch it from others around me and I don’t want to spread it if I have it.”

Rote has seen the debate on social media and even experienced it in person.

The CDC and Mayo Clinic, among others, have said that wearing a mask can help prevent COVID-19 from spreading as easily.

Rote, asks people to think outside of themselves when heading out.

“It’s a frustrating feeling that some people just don’t understand that they're playing a link in the chain. They need to just pay attention and think of their fellow man,” Rote said.

MORE: Is COVID-19 worse than the flu? After five months, the answer is becoming clearer