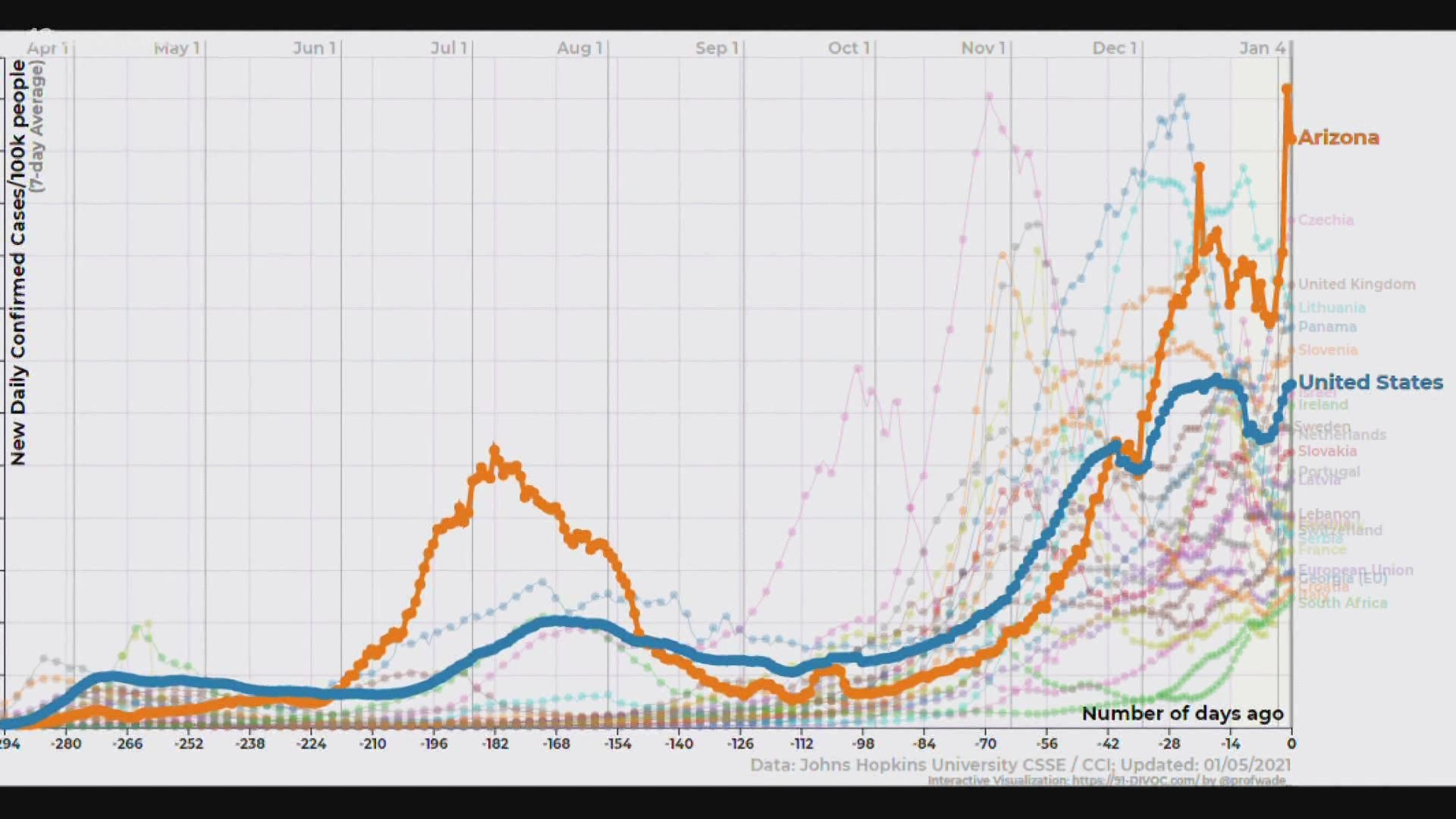 PHOENIX — Arizona currently has the highest coronavirus case rate of anywhere in the United States.

According to CDC data, Arizona is reporting 121.8 new cases over the last seven days per 100,000 people.

No other states currently have a case rate over the last seven days above 100.

The Rt (rate of transmission) also rose to 1.11 as of Monday, according to Rt.live.

An Rt above 1 means COVID-19 is spreading faster. An Rt below 1 means the spread is slowing.

Important changes: 253 new coronavirus-related deaths today, 215 of which are from death certificate matching.

The Rt, or rate of transmission, has jumped from 0.93 yesterday to 1.12 today. An Rt above 1 means the virus is spreading faster.

According to data from Johns Hopkins University, this is the second time during the pandemic that Arizona has had the highest case rate per 100,000 people over the past seven days.

On July 7, Arizona was reporting 52.8 cases per 100,000 people over the past seven days, the highest rate in the country that day.

Per the Arizona Department of Health Services, 62% of ICU beds are being used by COVID-19 patients in the state currently.

Banner Health, the largest health system in Arizona, halted elective surgeries on Jan. 1 and reported last week that some of its hospitals were diverting emergency transports and transfers to other hospitals due to an influx in patients.

The department said 90,880 Arizonans have received the COVID-19 vaccine as of Sunday.

Last week, Arizona Gov. Doug Ducey issued an executive order aimed at giving the state more control over vaccine distribution, rather than counties, due to the slow rollout of the vaccine in Arizona and around the country.

RELATED: 'Vaccines don’t do any good sitting in a freezer.' Ducey issues order to speed up vaccine distribution