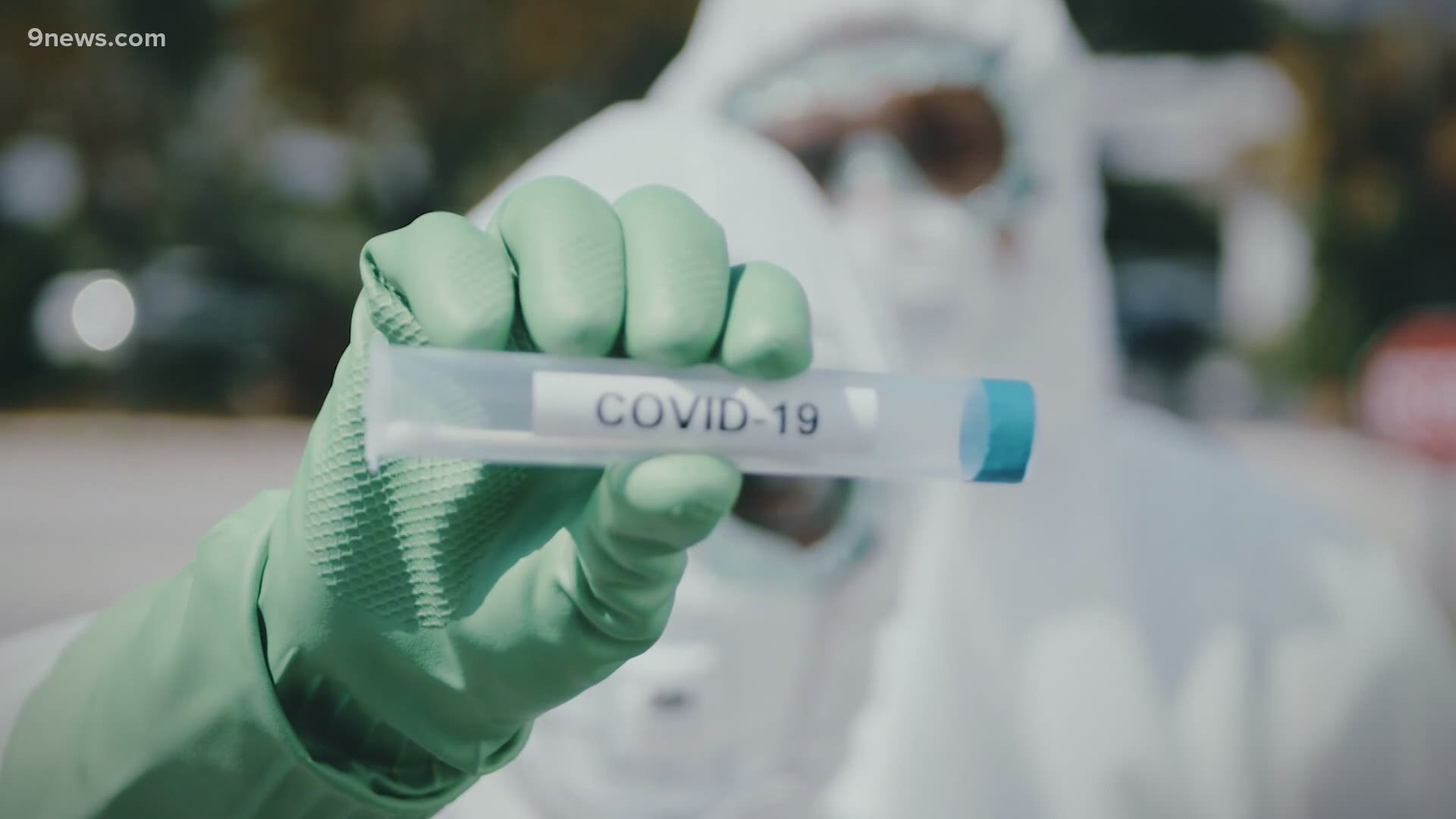 COLORADO, USA — Colorado leaders announced Tuesday that a man in Elbert County is infected with the COVID-19 variant that was previously reported in the United Kingdom.

This is the first confirmed case of the variant in the U.S., according to health officials.

The Colorado State Laboratory confirmed the COVID-19 variant B.1.1.7 and notified the Centers for Disease Control & Prevention (CDC) of the case.

9NEWS partner Colorado Politics also reports there is a second suspected case after speaking to Dwayne Smith, director of public health for Elbert County. The county official said both individuals were working in Simla, Colorado, but neither is an Elbert County resident. The official could not disclose where the two individuals live.

They found it almost by chance, according to Dr. Michelle Barron, who is the senior medical director of infection prevention and control for UCHealth.

She's also a member of the Colorado Governor’s Expert Emergency Epidemic Response Committee (GEEERC) and said state lab workers have been looking for this variant since it was discovered in the UK last month. She said workers look at random tests from counties across Colorado in an attempt to find any mutations. This time one of those samples contained the variant previously seen in the UK.

The infected person is a man in his 20s who is currently in isolation in Elbert County. He has no travel history to that area.

Scientists in the UK said they believe the B.1.1.7 variant to be more contagious than previously identified strains of the SARS-CoV-2 variant, though no more severe in symptoms.

"Even though it doesn’t appear to be making people sicker, in other words, it’s not causing a more severe version of the illness…but because it spreads much more efficiently, more people will get COVID-19 and hence more people will end up in the hospital, and of course more people will end up dying from it," said 9Health Expert Dr. Payal Kohli. "Studies are saying that this new strain is about 40-70% more contagious or more easily transmissible."

The currently approved vaccines are thought to be effective against this variant.

"The vaccine targets a very specific area of the protein," Barron said. "That’s what we call 'highly conserved,' which means it doesn’t mutate. It doesn’t have copying errors, and so this mutation doesn’t affect that, so the vaccine should still work just fine."

Gov. Jared Polis said in a statement that there is "a lot we don't know" about the new COVID-19 variant.

"The health and safety of Coloradans is our top priority and we will closely monitor this case, as well as all COVID-19 indicators, very closely," Polis said. "We are working to prevent spread and contain the virus at all levels.

Polis, Kohli and Barron emphasized the need for Coloradans to continue doing their part to mitigate the spread of the virus, including standing 6 feet apart, staying home when possible, wearing a mask and frequently washing hands.

"This just reinforces the idea that we are not immune to this disease, and we still need to follow good controls that we know work and can prevent you from getting COVID," Barron said.

"If we don’t keep our guard up, in fact, if we don’t double down our guard at this point — because now we have something that’s much more contagious — then it’s going to spread more quickly," Kohli said. "We really need to set an example now for the rest of the country as to how we can contain it so that it doesn’t quickly become very dominate here in our state."

So far, no close contacts have been identified, but public health officials are working to identify other potential cases and contacts through contact tracing interviews.

Kohli said it's also likely the variant has already been around for some time.

"[Tuesday], we proved it," Kohli said. "We’ve suspected it for a long time, but now that we know it’s here, we have got to control the strain so that it doesn’t start to infect more people and become so dominant."

The Colorado state lab was the first in the country to quickly identify the variant through sophisticated analysis of testing samples, health officials said. The lab initially performed the diagnostic PCR test on the sample and found that the sample was positive for COVID-19 with strong signals for the N gene and ORF1ab (both are detected when a person has COVID-19), but the signal for the S gene was not detected. When the S gene doesn’t register in the testing, it is called an “S Drop Out Profile,” and it is considered an essential signature for the variant.

The sample was flagged for further investigation. Scientists then sequenced the viral genome from the patient sample and found eight mutations specific to the spike protein gene associated with this variant. Genome sequencing is a molecular profiling of the entire viral RNA sequence.

RELATED: Are new coronavirus strains cause for concern?

“The fact that Colorado has detected this variant first in the nation is a testament to the sophistication of Colorado's response and the talent of CDPHE's scientist and lab operations,” said Jill Hunsaker Ryan, executive director, Colorado Department of Public Health and Environment (CDPHE). “We are currently using all the tools available to protect public health and mitigate the spread of this variant.”

Kohli also said the variant shouldn't impact testing, but it is "possible."

"Many of the commercially-available PCR tests actually recognize multiple genes within the virus, so even if one gene may have changed a little bit, we still think that the tests are likely to work," Kohli said. "If the virus mutates enough, it is possible that we may have to think about changing out testing as well to recognize different gene targets."