COVID-19 booster shots: What you need to know, and when you could be eligible

Right now, some people can get a third dose of the vaccine. But the general public could be up soon. 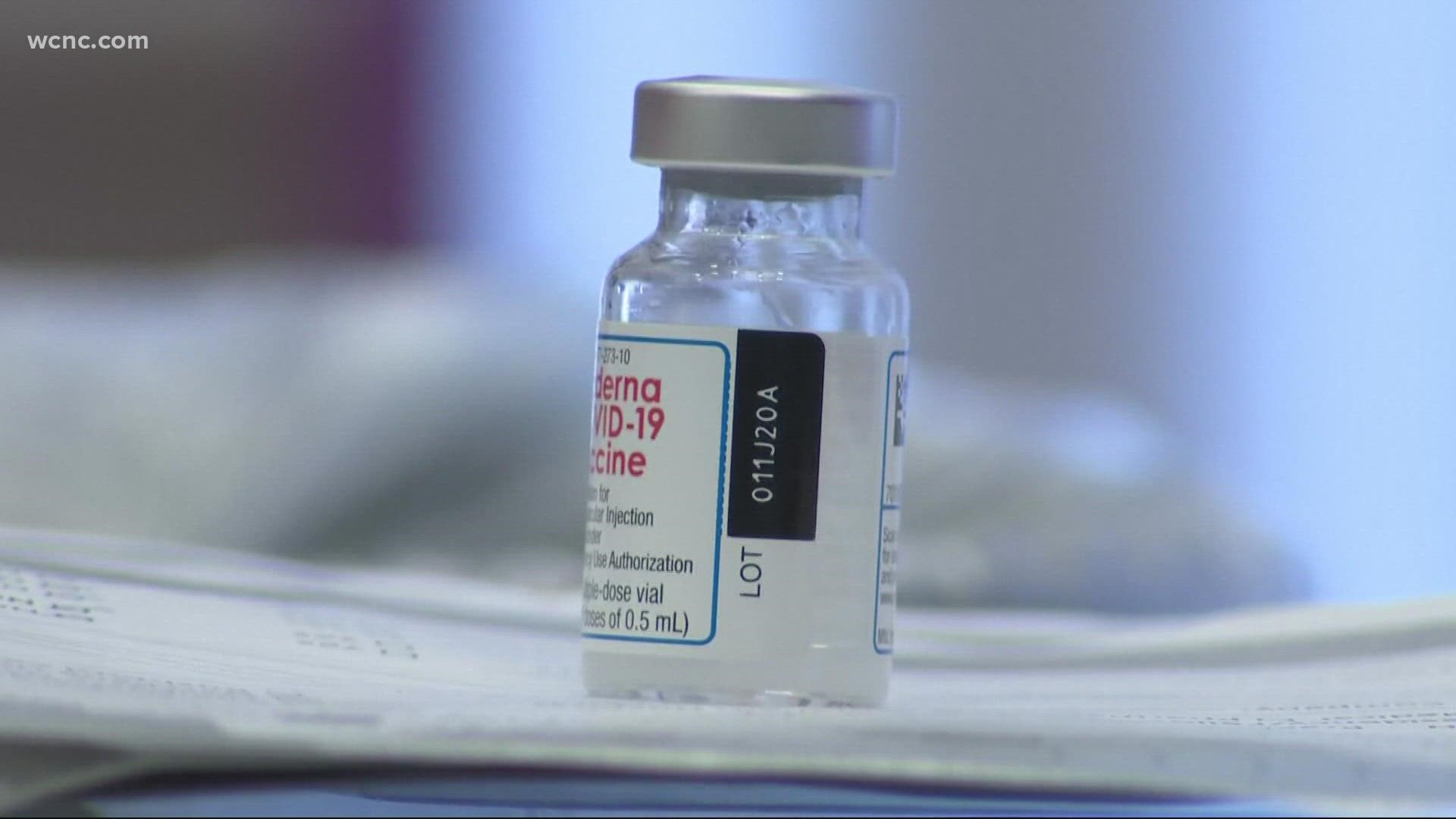 CHARLOTTE, N.C. — Half of North Carolina's eligible population has not gotten a first dose of the COVID-19 vaccine yet.

Providers are up against misinformation and hesitancy, while at the same time, third doses are actively being given to the immunocompromised. Plus, boosters for the general public are likely coming soon.

These developments are leading to questions about how someone knows if they qualify and when to get another shot.

Who can get a booster shot?

Most of the population still has a few weeks or even months to go before it could be time for a booster shot, but about 3% of the country's population is considered immunocompromised.

That includes cancer patients, organ transplant recipients and people with HIV, and experts recommend they get another dose of the shot now.

Why are booster shots necessary?

Nearly 1 million COVID-19 booster shots have been given in the United States since the FDA and CDC approved a third dose for the immunocompromised just two and a half weeks ago. Experts say it's necessary after data shows some didn't have as strong of an immune response compared to those who are not immunocompromised.

“This shouldn't come as a surprise for people who are immunocompromised who are known for plenty of other vaccines to not mount a sufficient vaccine response as their healthy colleagues,” Dr. Cameron Wolfe, an infectious disease specialist at Duke Health, said.

It's only approved for the Pfizer and Moderna shot under emergency use authorization, and for now, the booster is the same exact dose already given for shots one and two.

RELATED: VERIFY: Is there a difference between COVID-19 vaccine dose one and two?

When could the general public get a third shot?

If the FDA and CDC approve third doses for everyone at the end of the month, as is expected, the public would also be given a third round of the same shot.

True boosters, those developed to respond to specific variants, are still in the works.

“None of those sort of variant boosters have reached the point of public dissemination yet,” Wolfe said.

Immunocompromised patients are receiving COVID-19 booster vaccines. @DukeHealth infectious disease specialist Dr. Cameron Wolfe says these patients are going first because they’re most at risk, and likely have the weakest response to the vaccine so far.https://t.co/vXPwoh5LPP

North Carolina Congresswoman Alma Adams happily got her boost in protection on Wednesday.

“If you had some music out here, I’d dance a little for you! I feel wonderful,” she said after getting the third shot. “I have a lot of faith in this vaccine."

Vaccine providers aren’t necessarily policing who is getting the shots, people have to self-attest that they qualify when making an appointment.

Adams said she has pre-existing conditions that make her vulnerable and she talked about it with her doctor before getting another shot.

“I know that I’m going to be doing a lot of running next week going back to Washington, interacting with a lot of people and I want to be protected. I want to feel comfortable,” Adams said.

So happy to get my #COVID19 booster today that we’ve started dancing! pic.twitter.com/YwsFb1MdNc

Wolfe thinks there still needs to be more research on the benefits of a third dose for an otherwise healthy, young, fully vaccinated person. Plus, he believes the focus must remain on getting overall vaccination rates up.

“When we talk about boosting for individuals in the general community, I want to be very clear, to me, that is far less important than still reaching those individuals who are not yet vaccinated at all," he said.

Congresswoman Adams is also encouraging more of the unvaccinated to be proactive. The latest data shows 52% of Mecklenburg County’s eligible population is fully vaccinated.

“It’s not just your life. It’s the lives of other people who you might come in contact with,” she said. “And once you get this virus and you're going to the hospital you can't get the vaccine.”

The FDA is still waiting on more data on the Johnson & Johnson shot before possibly approving another dose of that product.